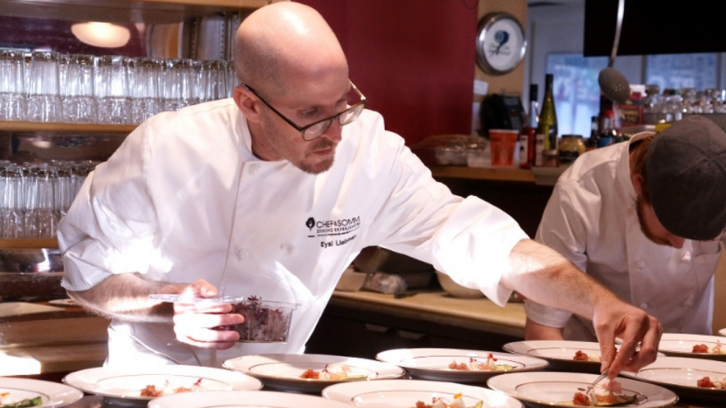 “Chef & Somm” play with our tastebuds at Spiga Ristorante

It’s been 8 months since their launch of Chef & Somm – a private chef service, and Chef Eyal Liebman and Sommelier Rebecca Meir-Liebman invited us to experience their 6 course wine and dine pairings at the Wine Cellar of Spiga Ristorante (1378 Yonge Street). For the evening, the duo provided a spectacular bespoke dining where the chef prepared dishes onsite using the kitchen – as opposed to semi-prepared catering – with the sommelier’s story sharing that ties into their choice of ingredients and wine.

What’s new with Chef & Somm is that they firmly believe that re-inventing the wheel is not necessary, since everything has been done. However, they want to preserve their locally-sourced ingredients in their purest form and perfect their dish around the taste of the wine. What’s special about this dinner, however, is that we got to be our own Sommeliers, given various wine choices and playing around with our tastebuds by pairing them with different ingredients on the plate.

Before heading down to the wine cellar to begin our meal, we were greeted with “Mooshmallows & Bubbles” at the reception. This was essentially a beef-derived marshmallow with a hint of apricot and tabasco complemented by a dry Sparkling Wine from Back 10 Cellars. 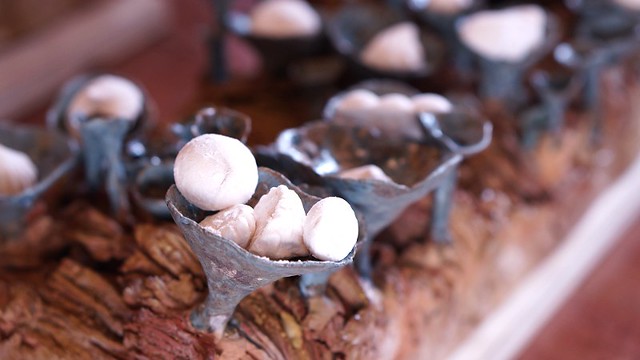 We started with an amuse bouche; both raw & seared tuna with feta mousse and rose gelée plated on a slice of zucchini. The Gewürztraminer 2014 by Lacey Estates paired with it had a vibrant spice and fruity flavour, which toned down the vivacious feta mousse. 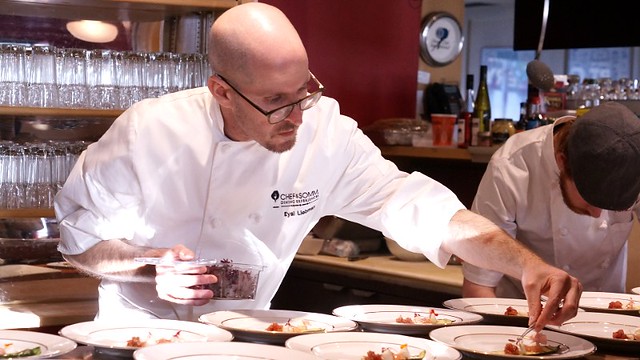 The next course served was 3 chicken nuggets in a voluté of white roots, which was reminiscent of childhood. Chef Eyal even played it up by adding hot sauce to the middle chicken nugget. The Indian Summer Late Harvest Riesling 2013 from Cave Spring added depth with a delicate peach, apricot, and floral aroma.

The real fun started when the “Beef Tartare Two Ways” came out with 3 different wines; Sud Absolu’s Ligière Cȏtes du Rhȏne 2012, KEW Vineyards’ Marsanne 2013, and Domaine Lucien Jacob’s Bourgogne Hautes-Cȏtes de Beaune 2012. The wine changed how the tartare tastes, and we got to be our own sommeliers to determine which it pairs best with – in this case I preferred the white wine (Marsanne 2013). 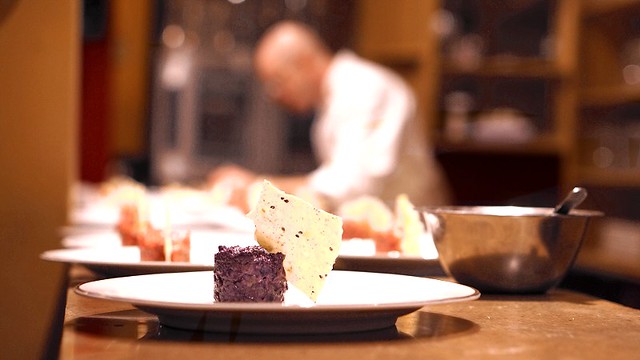 The next course was my favourite. I loved the tenderness of the cornish hen that was dipped in a light rose jus, alongside grilled pineapple and buttery brussel sprouts. Once again, we chose our favourite wine pairing with this dish out of the two: Southbrook Vineyards’ Wild Ferment Chardonnay 2013 and Domaine Queylus’ Réserve Du Domaine Pinot Noir 2010. 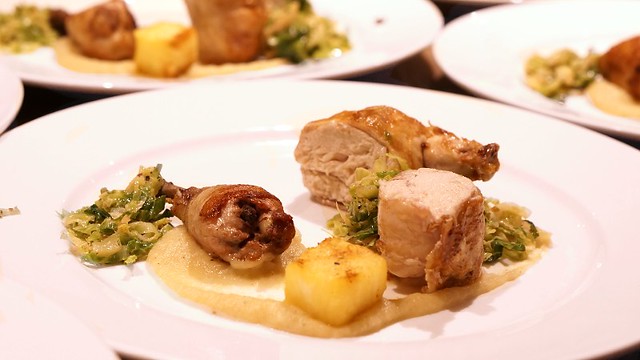 Rebecca proceeded to explain how much trial and error was put into creating a dessert that went with their pick of the Château des Charmes’ Cabernet Franc. Every little thing on the plate will either make or break it. With that, I could taste the harmony of flavours with their choice of blond chocolate ice-cream – over caramel – and dark chocolate poppyseed cake. The Cabernet Franc added fruitiness to the rich creamy chocolate and the fatty crispy bacon garnish, as well. 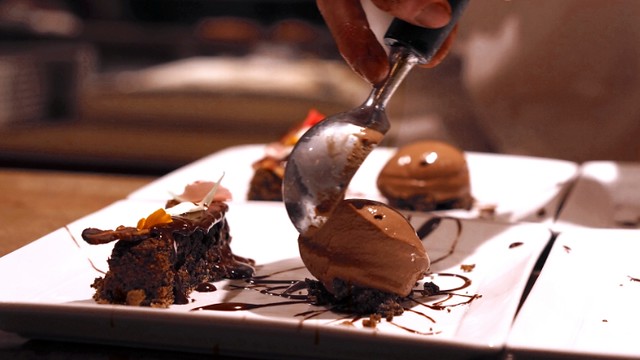 Last but not least, we were delightfully treated with a cheese platter featuring Reblochon (a soft-washed French cheese) and Upper Canada Comfort Cream sitting on a roasted beet and a honey lavender reduction. We were given two wines: Château Nairac’s Barsac 2011 of France and Stratus’ Botrytis Semillon 2012 of Canada. Our last sommelier test was to determine if a region’s wine went better with its own region’s cheese or vice versa.

Rebecca Meir-Liebman was enthusiastic in sharing their journey for discovering only the best for their diners. For example, after a special visit to Sauternes for their wine, they reverted to using a Canadian wine that they felt was more suiting to pair with the Upper Canada Comfort Cream. She even changed some of the wines on the day of the dinner to ensure her vision of a pleasant wine-and-dine experience. Even Chef Eyal Liebman, also a wine lover, perfected his dishes around the taste of the wine. The plating and the amount of detail and care he put in all the dishes were remarkable. To “somm” it up, an inexplicable and undeniable chemistry is definitely reflected in the duo’s food and wine pairing relationship. 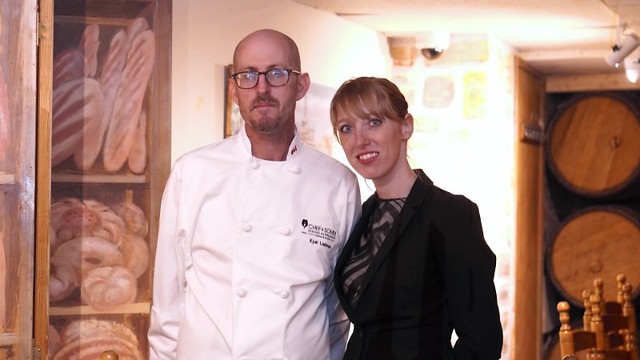 Part of the dinner proceeds were contributed to the Sojourn House refugee shelter. 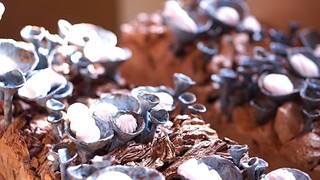 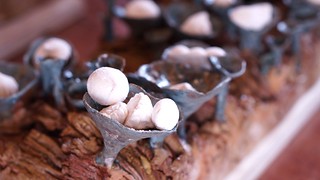 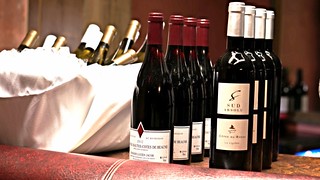 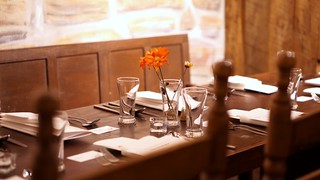 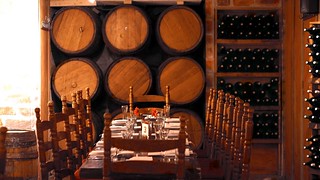 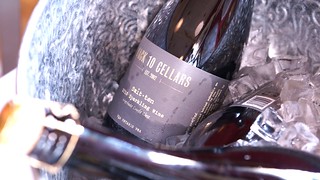 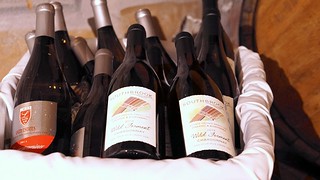 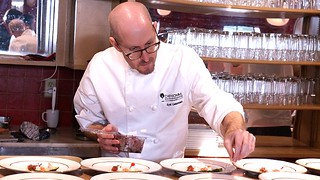 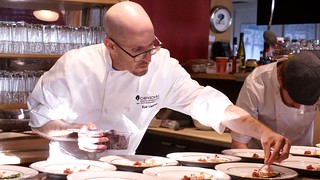 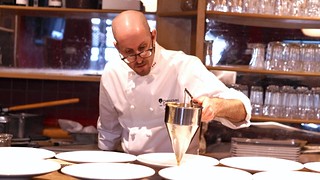 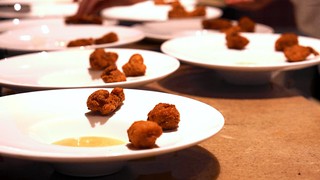 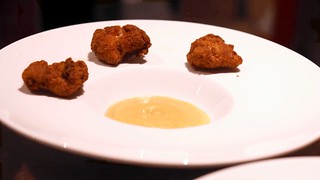 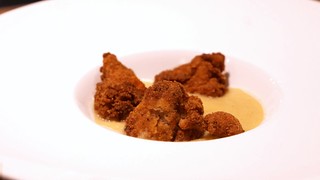 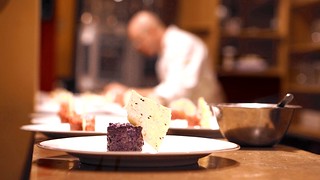 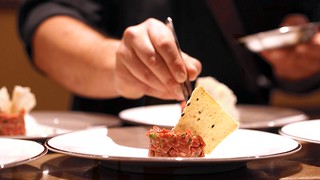 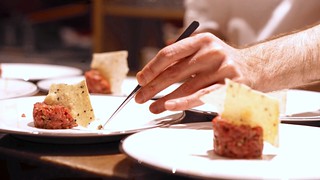 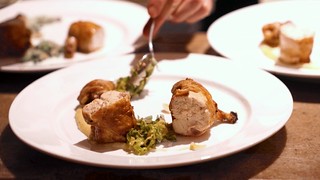 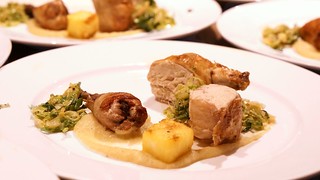 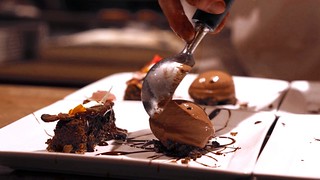 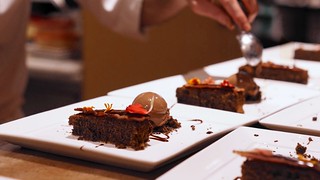 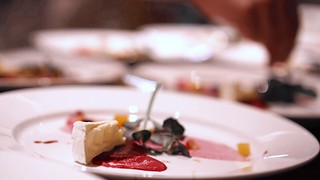 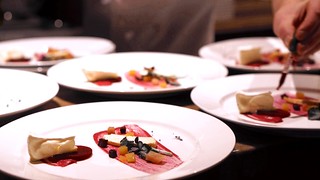 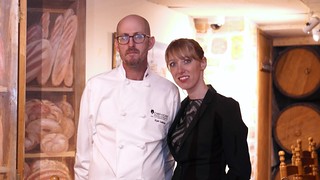 In Photos: Touch of Pink gala in support of women battling cancer
In Photos: The Canadian Arts & Fashion Awards (CAFA) and After Party