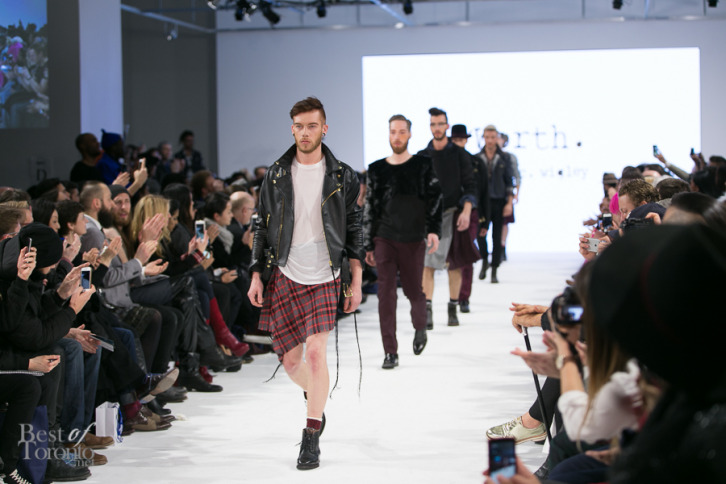 WORTH by David C. Wigley at TOM*

On day two of TOM* (Toronto Men’s Fashion Week), Best of Toronto sat down with David C. Wigley of WORTH to talk about his Fall Winter 2015 collection, East of the Sun and West of the Moon. 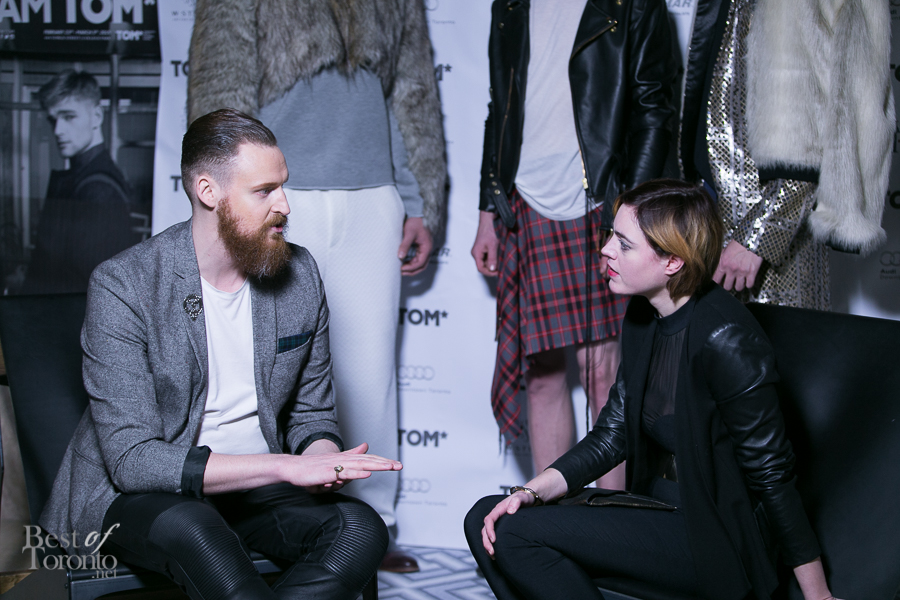 The collection was inspired by something that’s been brewing in the back of his mind for awhile now, this just happened to be the right time to show it. It’s a Norwegian fairytale about a young girl given to a polar bear, who turns into a prince at night.

This story unfolded through the use of plaids, leathers, metallics and wools in varying shapes and styles. Our personal favourite was the rose gold metallic jacket. 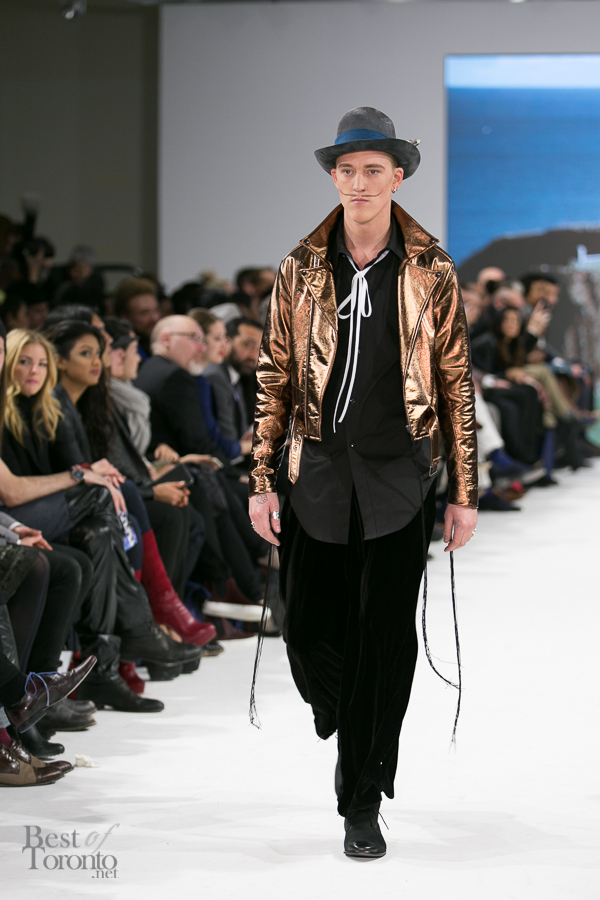 In 2009, Wigley began WORTH, the Toronto based luxury menswear collection. He studied at George Brown College in their Fashion Techniques and Design Program and also has a post-graduate in Costume Studies and The History of Fashion. As a designer he works with visual artists and looks to use exotic fabrics. Last year WORTH presented a collection at TOM and was welcomed with much success. FASHION magazine stated Wigley was “…one of the top 5 talents making waves as an up coming designer in Canada.”

When asked who would walk his dream runway, (dead or alive) he immediately said Alexander McQueen and went on to add what a big influence McQueen has had on him as a designer. An interesting thing to say as Wigley is also of Scottish heritage. It’s easy to make the connection though, considering his bold and dramatic design sense.
Check out some pics from his show at TOM. 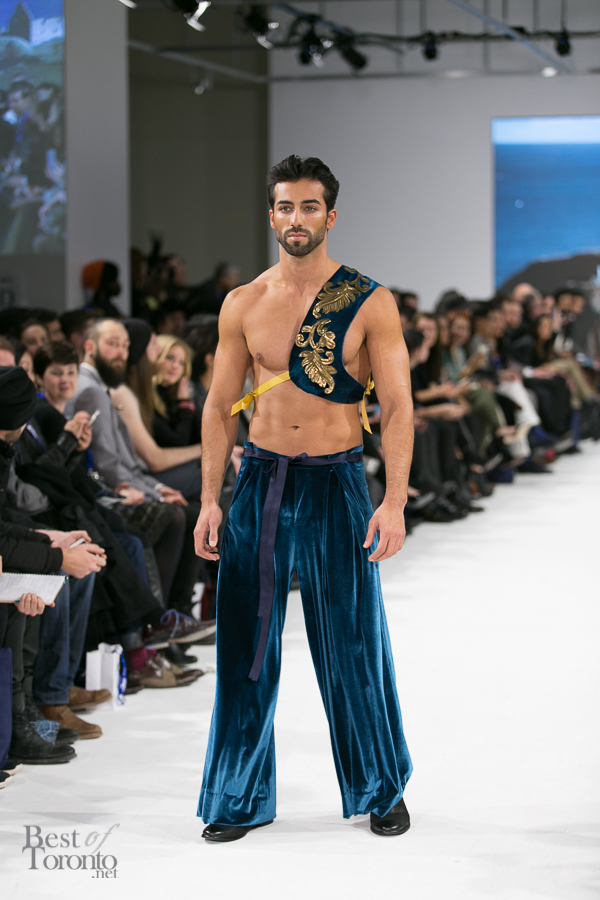 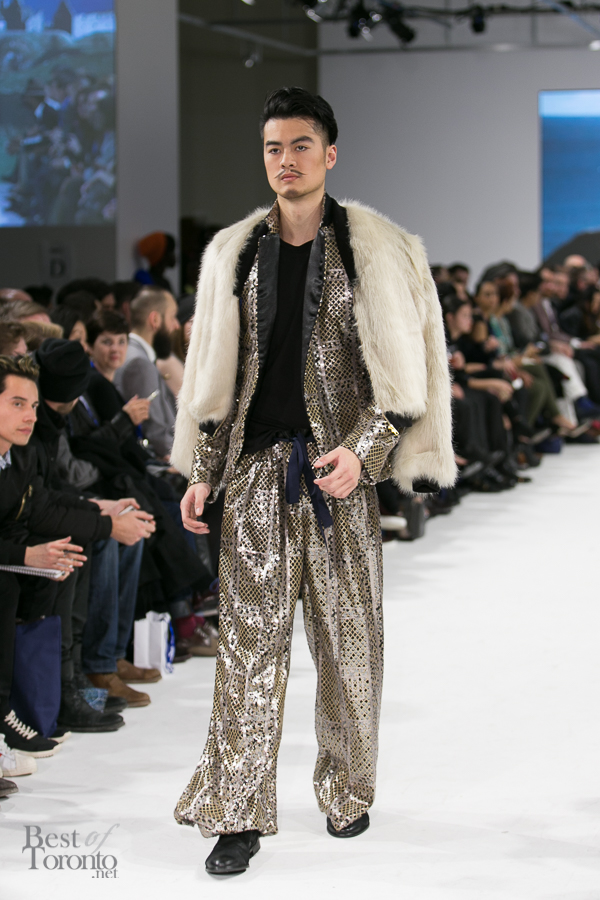 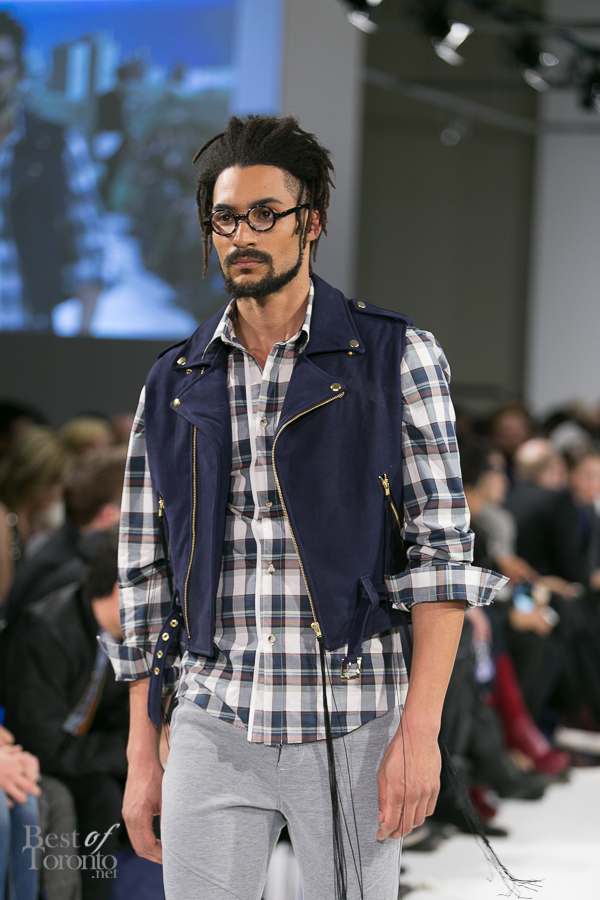 A taste of Chile with Montes Wines
Upcoming: Join us at Fashion Heals for SickKids at Holt Renfrew