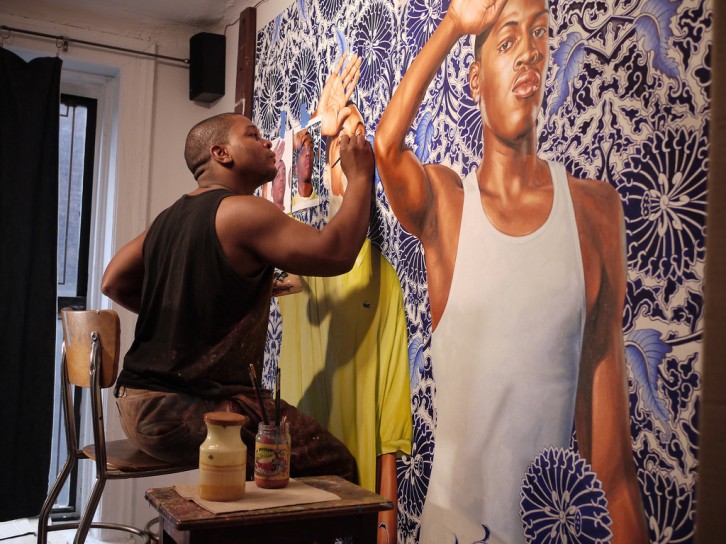 Presented by the Canadian Art Foundation, RAFF boasts being North America’s only film festival centered around visual art and artists. One of the main features is the film about New York’s renowned artist Kehinde Wiley (featured in GQ, WSJ and more) and he will be in attendance at the opening night festivities.

RAFF OPENING NIGHT FESTIVAL
RAFF’s opening night festivities take place Wednesday February 19th, 2014 at the TIFF Bell Lightbox with a cocktail dinner reception, screening, talk and celebration. The festival kicks off on this evening with artist Kehinde Wiley (pictured above) and the world premiere screening of Kehinde Wiley: An Economy of Grace. Wiley will be in attendance along with producer Jessica Chermayeff, editor Ana Vanaselic.

FESTIVAL PASSES AND SINGLE TICKETS
Festival Passes: Advance-sale only from January 23, 2014 Festival passes are $75 (Redeem this pass for a single ticket to each festival screening, excluding the Opening Night Screening and Celebration. Select your films in advance or on the day of the screening at least 30 minutes prior to the start of each film, in person or over the phone).

Single Tickets: On sale from January 23, 2014 Single tickets are $12 general admission; $8 for students/seniors with valid ID; rush tickets will be sold at TIFF Bell Lightbox Box Office 15 minutes before each screening.

All tickets are subject to availability.

“We are thrilled to present this year’s standout list of documentary films to our dedicated audience, and to welcome such renowned artistic talent to the festival,” says Jacqueline Howe, Interim Executive Director of the Canadian Art Foundation and Publisher of Canadian Art magazine. “Having the privilege to hear these artists discuss their work with the filmmakers and other visual art experts truly furthers RAFF’s goal of inviting the wider public to engage with contemporary art.”

The one year bash at Buonanotte
In Photos: Motionball 2014 with Carmen Electra in support of Special Olympics