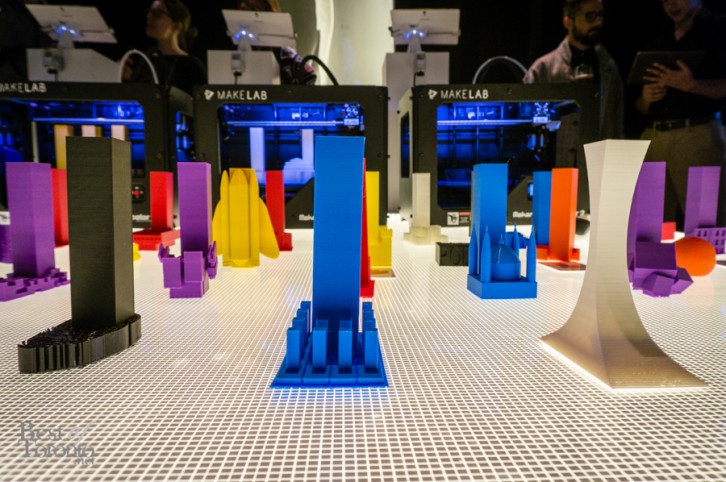 The North by Northeast (NXNE) festival is generally known for its music, but on this night art took centre stage. On June 18, Samsung Canada hosted the NXNE Art opening reception at the NXNE Art Lounge in Toronto’s entertainment district.

The event was a showcase of art and technology, and how they can come together to produce something entirely new. This was no more true than with Norm Li Architectural Graphics + Illustrations and Partisans Architects’ interactive installation called Toronto: 20Whatever. Toronto’s cityscape was on display on large Samsung OLED curved televisions. Users can move sliders that controlled elements such as parks, vegetation, building density, and see how the city would change as a result. It was a way to imagine what Toronto could be, based on what citizens’ want in their city, and the effect of action (or inaction). Other technology used in this exhibit include tablets from Samsung used for navigating the city in 3D space, and 3D printers from MakeLab to show different architectural concepts. 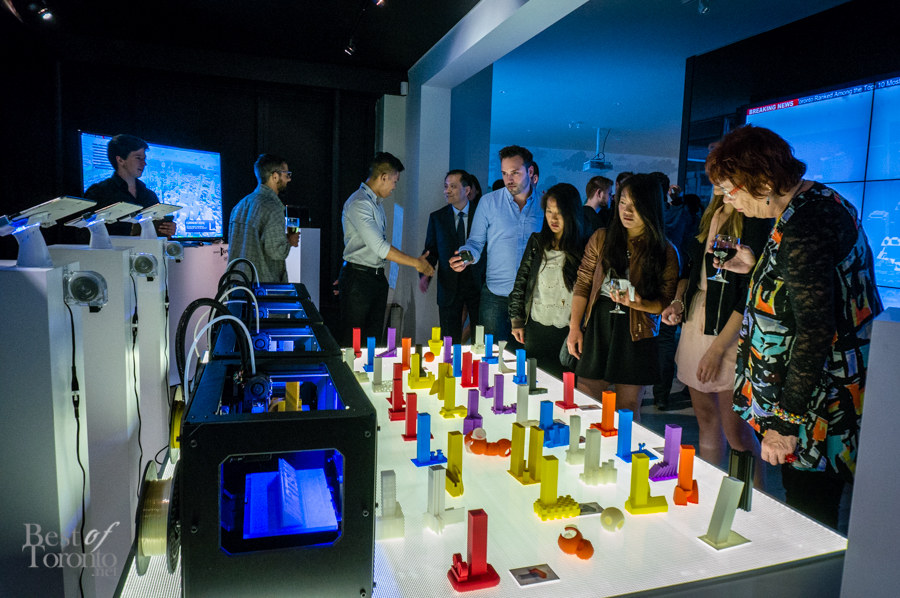 There were many other interesting installations at the NXNE Art Lounge. One of them was Bedazzled, by Turn Me On Design – an outdoor light sculpture inspired by “dazzle camouflage”. The linear patterns of the fabric are meant to blend into the lines of the buildings of the city, but were continuously stretched and contracted by a moving disc housed inside, creating a very cool optical illusion. 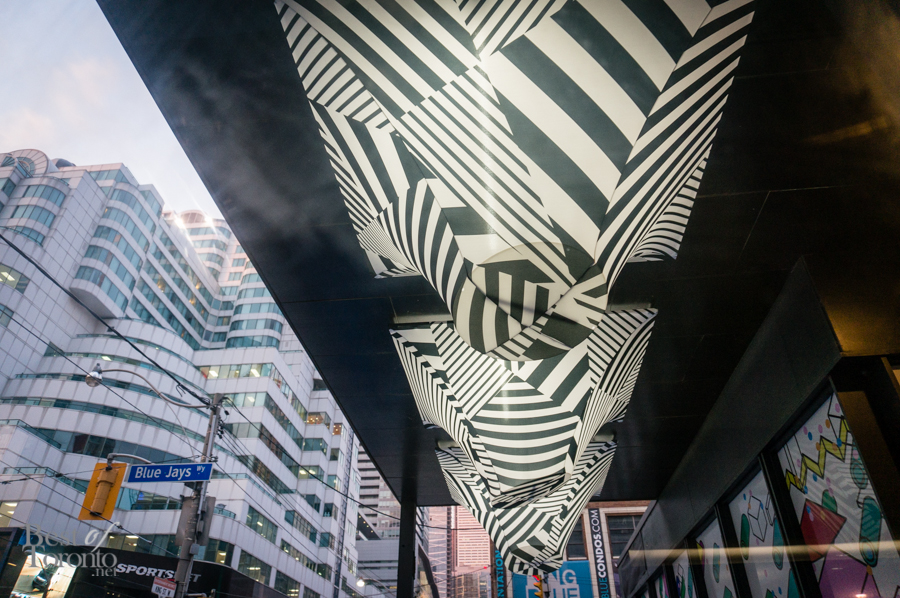 Bedazzled by Turn Me On Design

Descriptions of each installations were presented on the new, yet to be released, tablet by Samsung – the Galaxy Tab S. Samsung representatives were on hand to demo the new devices and talk about the features that set them apart from other tablets in the market. What strikes you immediately about them is the Super AMOLED screen, which is extremely sharp, vivid in colour, high in contrast, and also energy efficient. The display of the Samsung Galaxy Tab S is simply gorgeous. Other notable features include a built in fingerprint scanner, a power saving black and white mode, and a multi window mode for multitasking. Samsung is expected to release its new tablets very soon. 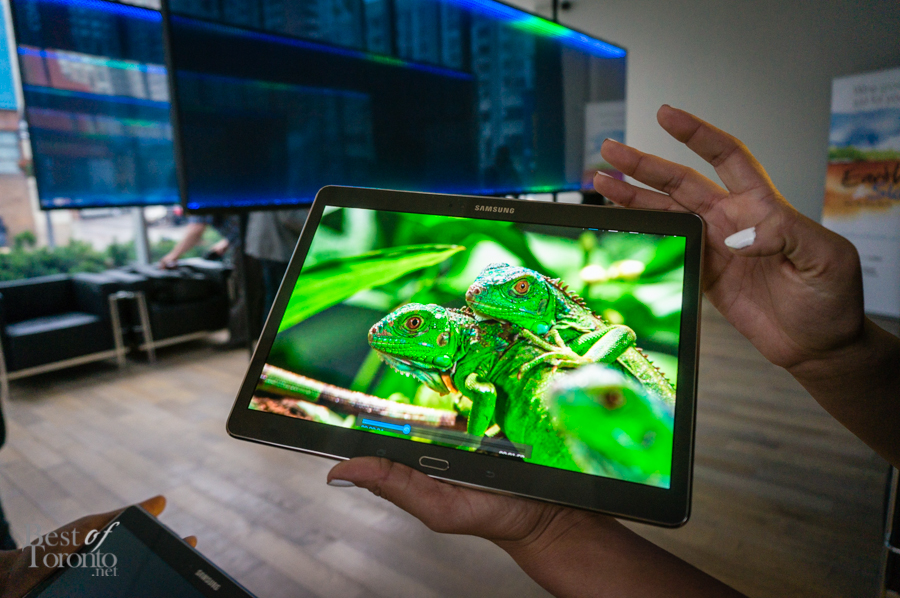 As a self-described technology enthusiast, I’m always excited to play with new gadgets and devices. What’s equally interesting is seeing technology used in new ways, where the technology is not necessarily what you notice first, and instead plays a supporting role. The installations at NXNE Art’s opening reception showcased art and technology together at their finest. We look forward to seeing what NXNE Art’s and Samsung Canada’s collaborations will bring forth in the future. 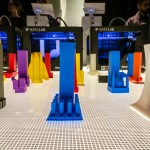 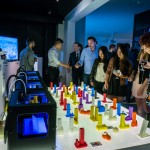 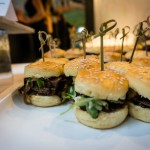 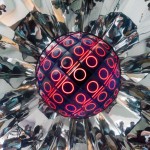 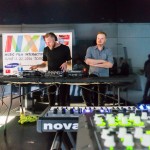 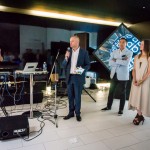 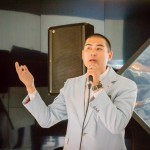 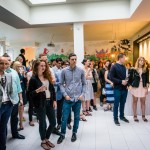 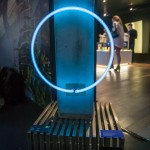 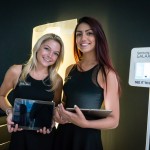 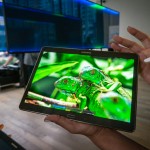 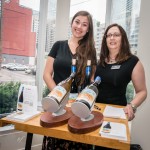 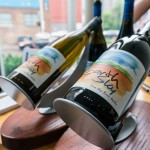 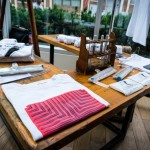 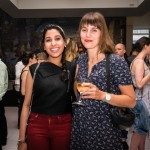 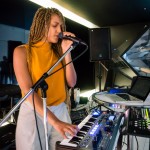 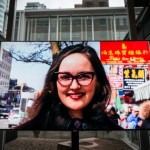 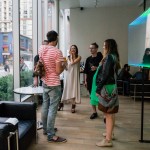 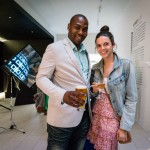 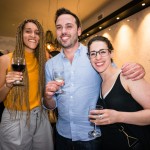 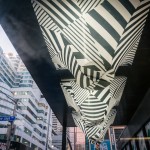 Bedazzled by Turn Me On Design 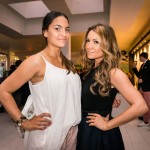 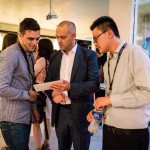 A Feast for All: The Stop’s Night Market
In Photos: The Pants Off Party raises awareness for Prostate Cancer Canada