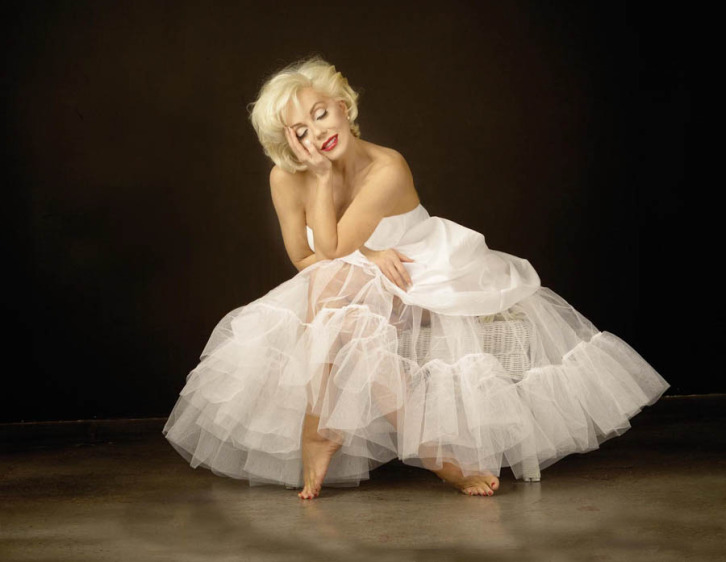 “Hollywood is a place where they’ll pay you a thousand dollars for a kiss and fifty cents for your soul. I know, because I turned down the first offer often enough and held out for the fifty cents”.

The original blonde bombshell, Marilyn Monroe, had once famously explained with wit out of frustration from being labeled by the very industry that propelled her to stardom. Even after 53 years since her untimely death, she is still revered and now celebrated in Nu Musical Productions’ one-woman show, Marilyn: Forever Blonde. Starring the acclaimed Sunny Thompson, Marilyn was reborn on stage at the historic Winter Garden Theatre last week.

Written by Greg Thompson and directed by Stephanie Shine, Marilyn: Forever Blonde is a re-creation of what might have been the star’s last chance to tell her own story in her own words. Writer and producer, Greg Thompson, worked on the script for over twenty years, painstakingly pouring over interviews, videos, and performances, producing an authentic re-telling of a charming yet tragic story. Bearing with an uncanny resemblance to Monroe, Sunny Thompson stole the show as she recounts the star’s rise and fall of her career and marriages in the corrupt landscape of old Hollywood.

The story began on the set of a photo shoot in 1962. Marilyn Monroe, a fabrication of 20th Century Fox, had just been divorced for the third time and is now living alone. Frustrated by the studio’s treatment of her and tired of her sex symbol image, Marilyn longed to be loved and respected for her talent and the real her. Carrying the show gracefully, with many costume changes, Sunny Thompson personified the breathy Monroe impeccably. The lighthearted song and dance numbers from Monroe’s well-known films, such as Diamonds are a Girl’s Best Friend from Gentlemen Prefer Blondes, punctuated the performance with moments of fun and cheerfulness.

Even as a fervent fan, you’d be surprised to learn some of the titillating facts (or rumours) about Monroe, particularly about her early days in Hollywood. Unlike many of the exploitive biographies and documentaries about the legend, Forever Blonde servers as a tribute to Monroe and tells a candid and heartfelt story about the vulnerable actress. From Marilyn’s heartbreaking childhood, to her intriguing Hollywood career, and throughout her three tumultuous marriages, the audience is taken on a journey to understand her life and empathize with her hardship. Driven by an institution that bred and destroyed stars, Marilyn had ultimately become a victim of the business. Whether it’s her child-like innocence, her frank sexuality, or her timeless beauty, Marilyn is undeniably one of the most iconic figures of the 20th century. Unique and fascinating in her own right, Marilyn Monroe will forever be remembered.

Young professionals flock to the first ever Suitcase Party for the Children's Aid Foundation
In Photos: Riobel Throws a Big 20th Anniversary Bash