The World Premiere of Cannibal! The Musical

Before South Park and The Book of Mormon, Trey Parker’s independent comedy musical film debut, Cannibal! The Musical won over audiences and became a cult favourite. Now on February 10th, 2015 at the Panasonic Theatre (651 Yonge St.), Cannibal! marks its world premiere as a re-vamped stage show. Performed by Elicia MacKenzie (from Andrew Lloyd Webber’s “The Sound of Music”) and Triple Sensation’s Liam Tobin, with lyrics and music by Christopher Bond, Aaron Eyre and Trevor Martin, this Parker-Stone collaboration promises to deliver an evening of wild fun. Don’t miss out on all the new jokes and songs in this stage version.

Website & Tickets: www.mirvish.com/shows/cannibalthemusical or visit www.cannibalonstage.com. Tickets range between $29.95 to 109.95.

Here is a picture from the preview of Cannibal! The Musical at Fan Expo back in Sept 2014 with the show creators. Photo: Nick Lee 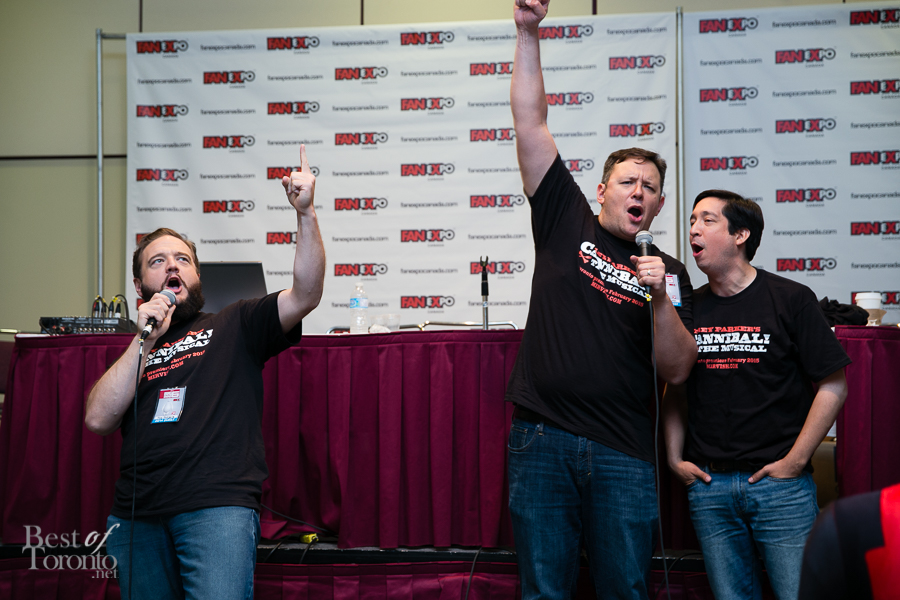 In Photos: Advertising Week's Ad Ball 2015 "Graffiti"
Getting fit at the new Body by Chosen studio