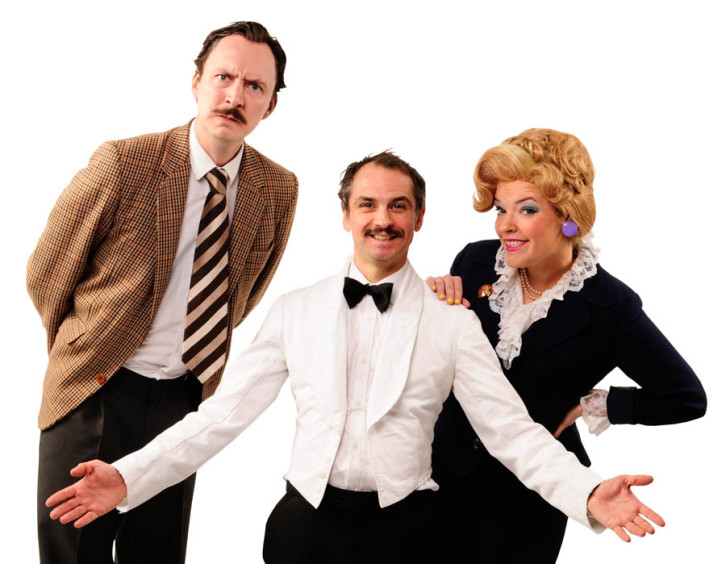 If you’re looking for a quiet, fancy dinner, while waited on by an attentive and competent serving staff, you won’t get it at the Faulty Towers. Instead, you’ll get a night of intimate conversations, classic 70’s comfort food, and shambolic service from UK’s favourite hotel trio, Basil, Sybil, and Manuel. This hilarious, uniquely interactive dining experience from Starvox Entertainment premiered in Toronto this spring at the Sony Centre.

For those of you who remember John Cleese’s iconic 70’s British farce comedy TV, Fawlty Towers, you’ll probably remember Basil and Sybil, a squabbling husband and wife duo who ran the fictional hotel, Fawlty Towers, in a quiet English seaside town. You may also remember that customers on board never got what they wanted and were always subjected to the characters’ sarcastic and underhanded British insults. Well, not much has changed in this new affectionate homage to the TV series. The Faulty Towers (mind the spelling) offers an amusing dinner service, all hosted by the edgy, prone-to-anger hotel boss, Basil; his bossy, overbearing, “dragon” wife, Sybil; and their hapless and English-challenged Spanish waiter, Manuel. 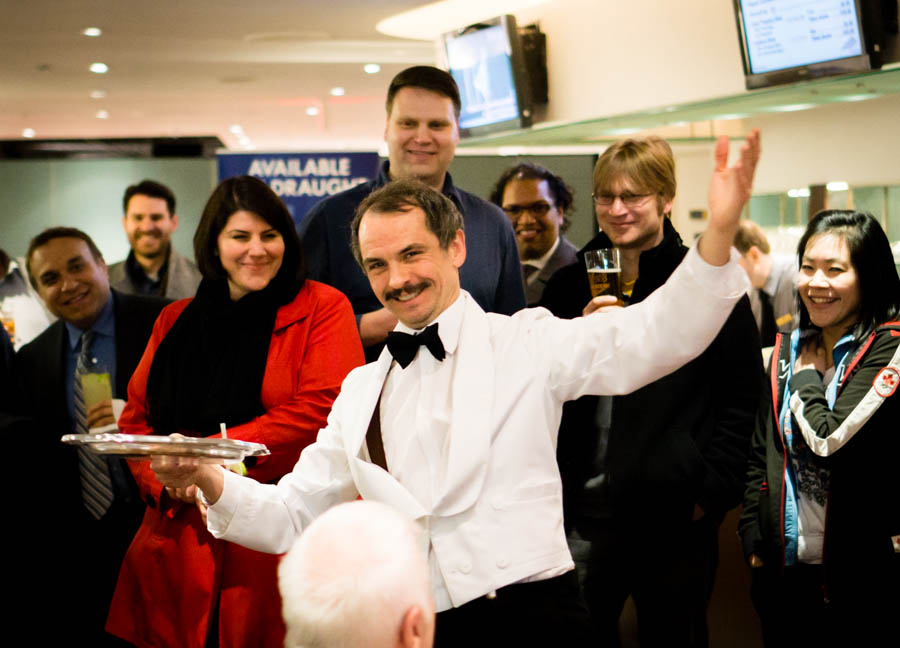 The evening started with guests arriving at the Sony Centre, where snacks and drinks were available while they waited. Suddenly out of nowhere, decked out in their 70’s tweed outfits and fully in character, Basil and Sybil emerged and began greeting the hungry visitors. The dazed and confused Manuel trailed behind, taking demanding orders from the couple. Hailed from Barcelona, Manuel muddled Basil’s every instruction, like collecting the audience’s reading glasses, instead of its drinking glasses. 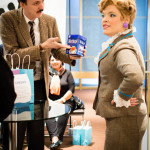 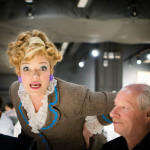 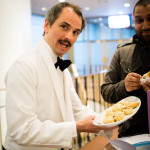 The trio sauntered along, holding brief but intimate conversations with guests, eventually ushered everyone to the dining area about an hour into the show. I’d recommend eating something light before going to the show. Once everyone was seated in an orderly fashion, that’s when the shenanigans really began. 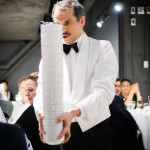 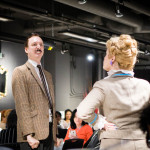 The 3-course dinner was great fun, full of mischiefs and screwed-up orders that would make the Soup Nazi seem like a godsend. The trio worked the audience, interacting with us and dishing satirical repartees as we ate, all the while carrying out zany skits on tabletops and even all-out brawls beyond the dining area. Amidst the chaos, we enjoyed our grilled chicken dinner, which tasted like a Sunday night feast mom made. Watching Manuel get abused by Basil and their outlandish acts, you forget that you’re at a “restaurant” and all of its intended disarray. I hardly noticed that my soup didn’t arrive on time.

The dinner acts made many references to the TV show, such as Manuel’s pet rat and Basil’s infamous “Nazi walk”, and retained much of that classic Cleese black humour. The talented all-UK cast (Benedict Holme as Basil, Leigh Kelly as Manuel, and Imogen Miller Porter as Sybil) stayed completely in character, and bared an uncanny resemblance to the original company. You can tell a lot of research and improvisation went into the show. To top it off, the troupe seemed to have loads of fun getting a rise out of the audience. 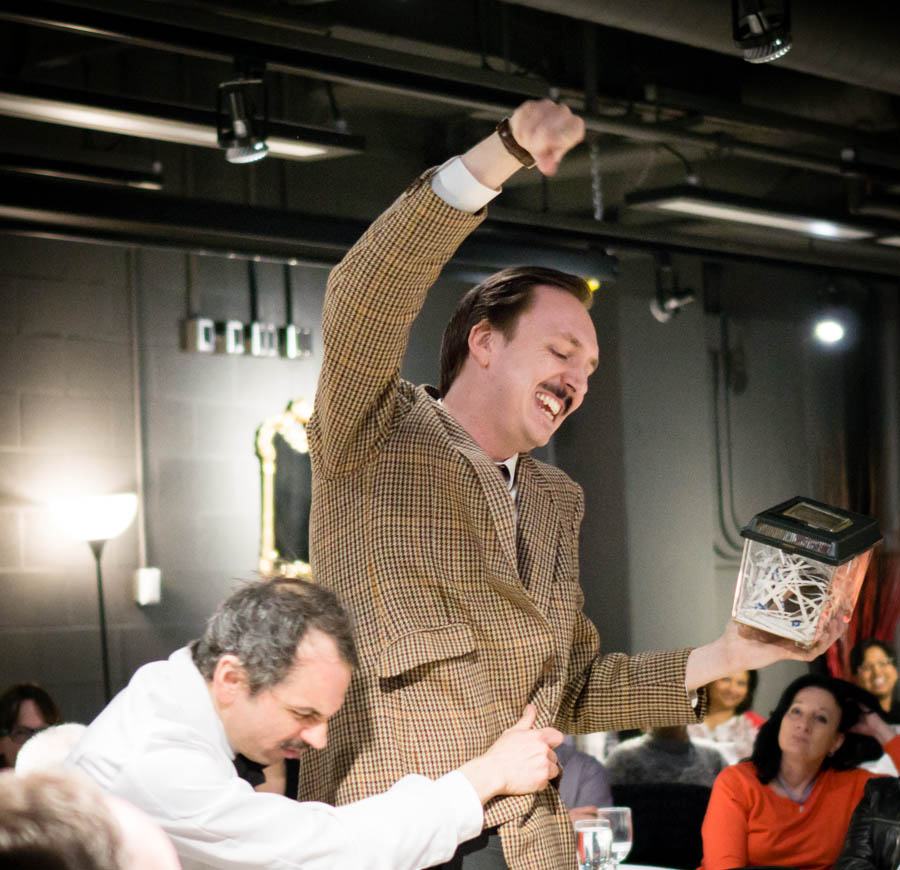 Already gained popularity in Australia and Europe, Faulty Towers has even toured Singapore and Malaysia. This was certainly one of the most unique theatrical dining experiences I’ve encountered, effortlessly combining laughter and tasty food. The show will only be here for a short period, so catch it before it leaves.

Faulty Towers: The Dining Experience runs from now to May 10, 2015. 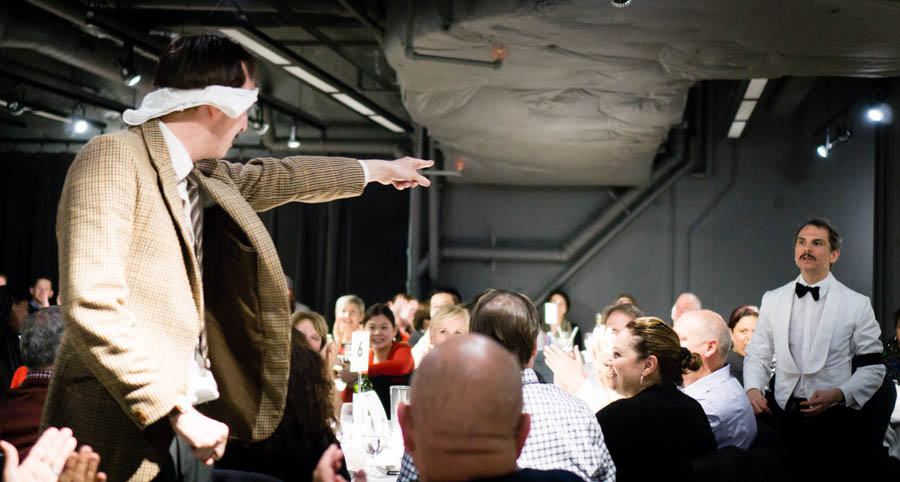 Photos by Nellie Chen and courtesy of Starvox Entertainment 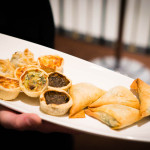 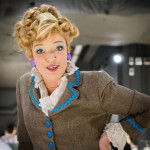 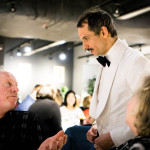 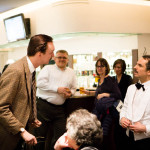 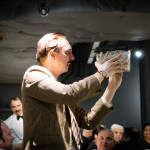 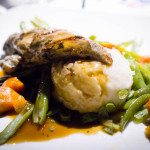 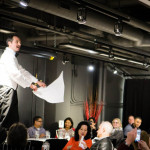 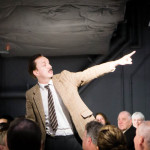 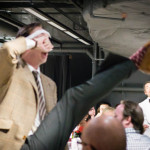 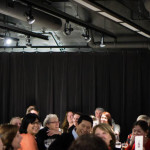 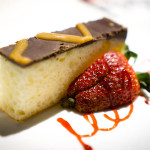 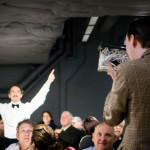 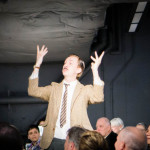 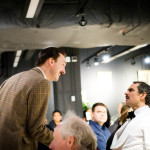 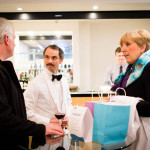 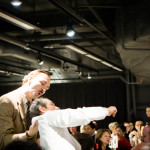 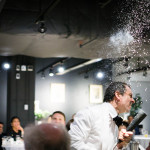