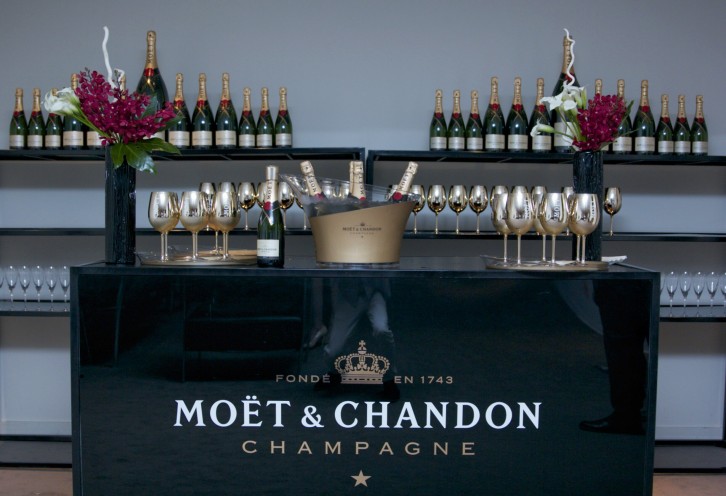 It’s All About the Suite Life at TIFF

Along with all of the red carpets, films, and parties, the Toronto International Film Festival (TIFF) comes with some pretty “suite” perks for both celebrities and the media who write about them.

When the stars are in town, they get the star treatment at an assortment of suites that are fully stocked with all of the latest products, technology, fashion, and sweets.

They’re the result of the planning of some of the city’s most influential public relations companies. Before the stars arrive, though, it’s the members of the media’s turn to get a little star treatment at the suites themselves.

In fact, some suites – like EGPR’s Essentials Lounge – is designed specifically for the media to arm them with all they need to survive the long days and sleepless nights of TIFF. 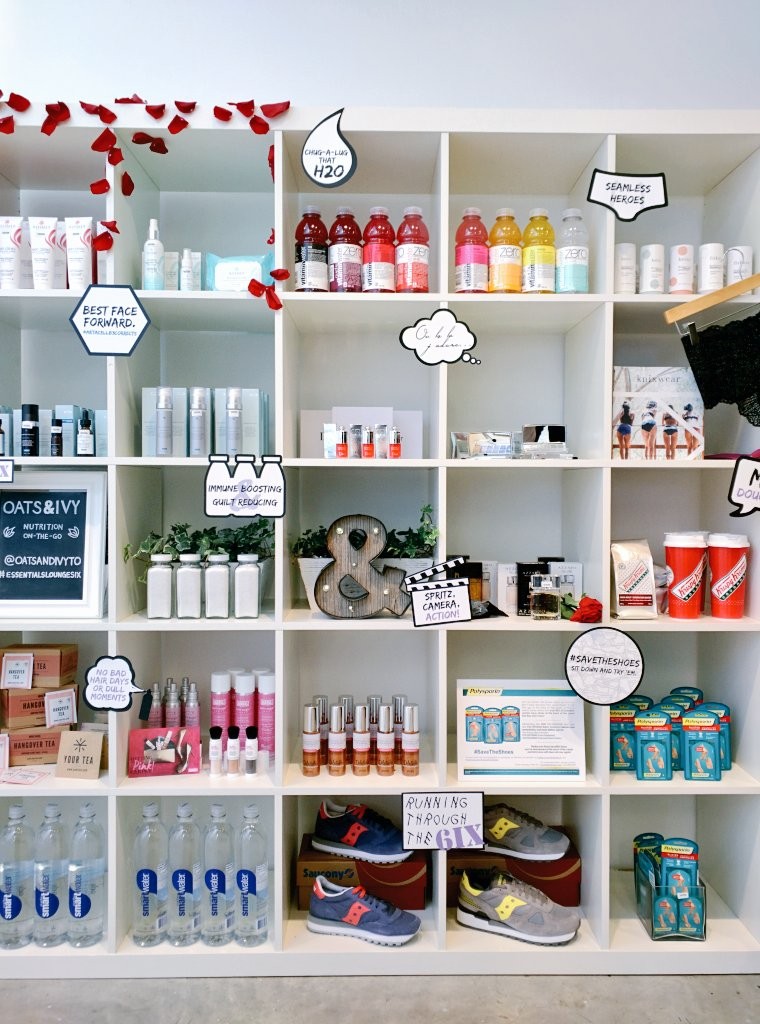 Every year, the city’s top lifestyle media flock to the Essentials Lounge hosted by EGPR to prepare for the ensuing 10 days of madness that awaits for TIFF. As always, the one-day lounge was jam-packed with everything to get you through the festival – from the Dior makeup application bar to achieve that photo-worthy face to a Cake Beauty station to tame those fly aways, and even a Krispy Kreme station complete with their famous doughnuts and coffee to refuel. Because the most seasoned TIFF media know that the festival is all about balance, each media person got a brand new pair of Saucony runners to sweat out the booze with a good workout throughout the festival. Guests also left with things like skin products from Kosmea, and super comfy underwear from Knix Wear. Check out more at #essentialslounge6ix 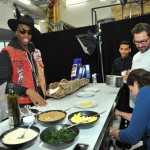 NKPR and TIFF are practically synonymous for the past 10 years. Whether it means throwing an epic party or charity event or their famous IT Lounge, NKPR definitely does TIFF properly. This year, the lounge – formerly held at the NKPR office – has relocated to the TIFF Bell Lightbox headquarters. Once inside, some of the entertainment industry’s finest got to indulge and refuel with things like an exclusive dining pop-up that featured a different top Toronto-based Italian restaurant and Chef as part of the Casa Barilla Restaurant Showcase. A highlight was Aria Ristorante’s “Deconstructed Timpano” created by Chef Eron Novalsk. Guests were also able to reset themselves with the help of Saje Wellness’s products like the Home Pharmacy Remedy Bar to cure everything from a headache to stress. Stars seen strolling through this year’s IT Lounge include Johnny Depp (no big deal), John Goodman, Geoffrey Rush, Rachel Weisz, Paul Dano, just to name a few. See more at #nkprIT15

The ever so charming @idriselba popped by to sign for @sickkids + picked up a pair of @sorelfootwear while he was at it! #Tastemakers15 ???

Rock-it Promotions’ Tastemakers Lounge is always a hot ticket for both media and talent during TIFF. Once again held in The Intercontinental Hotel, guests were treated to a mini-chiropractic treatment and massage thanks to The Fix chiro clinic, a complimentary brow shaping by the miracle-working tweezers from Tweezerman, and a little sampling of Pommies Apple Cider, wines from Rhone Valley Wines, and cocktails made with Remy Cointreau. Guests left armed with canvass Hudson’s Bay totes in the brand’s iconic stripes, which featured things like Sahajan’s Ayurveda organic collection of products, Tweezerman products (including an amazing contour brush), and an innovative, little facial hair remover. A quick crowd pleaser was a virtual tour of a glamorous Hollywood Hills home Elle Canada photo shoot via the Samsung Gear VR Virtual Reality headset. Notable guests to make their way through the lounge include Kate Winslet, Liam Hemsworth, Kristen Stewart, and Julianne Moore. See more at #tastemakers15 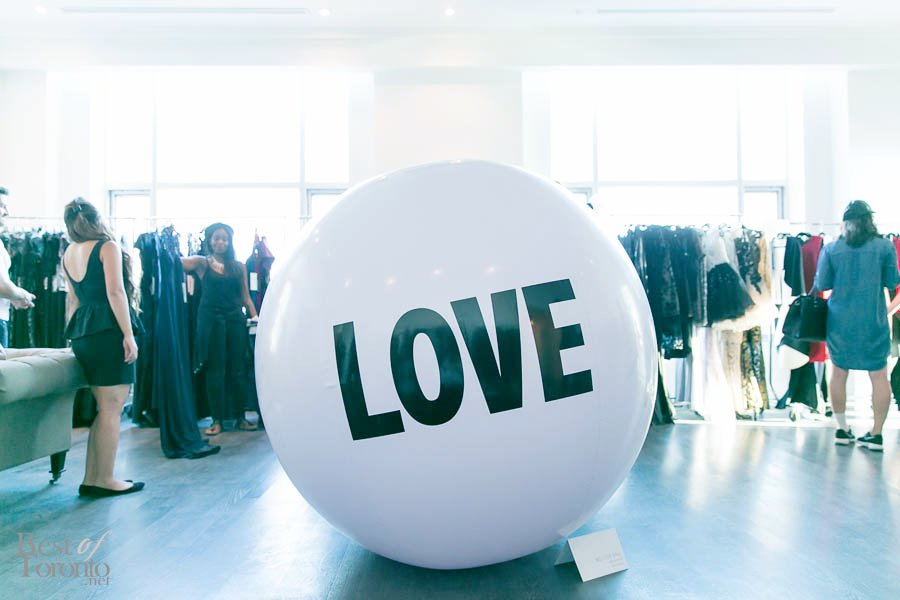 If you’re going to walk the red carpet, you need to look like you belong there. That’s what the Stylist Suite, hosted by The Stylist Box, was for. The exclusive lounge was held at a suite in the Trump Toronto from Tuesday, September 8 until Saturday, September 12, and was full of a range of women’s daywear and eveningwear, menswear, jewellery, shoes, and handbags for personalities to borrow for red carpet appearances and press junkets. The suite also offered complimentary red carpet styling by Stylist Box. Salon Daniel & Spa was on-site to style hair and Emerald City Beauty Bar was onsite to offer close-up ready makeup. See more at #stylistsuite 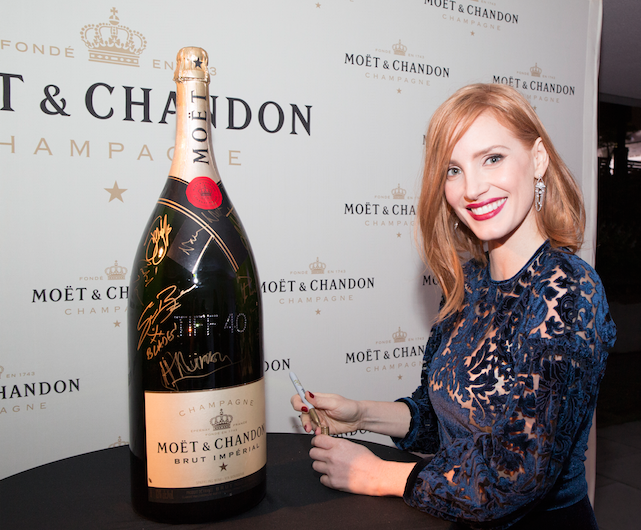 Actor, Jessica Chastain in Toronto for the world premiere of The Martian signs the Moët & Chandon charity bottle on the red carpet at Roy Thomson Hall. The bottle will be auctioned off at the end of the festival with all proceeds going to support TIFF’s charitable initiatives. | Photo courtesy of Moet & Chandon

And as one of the best kept secrets, if you’re lucky enough to get in backstage where the stars lounge before their screenings and during downtime, the exclusive Moët & Chandon Gala Green Room is where you will want to be. What could be better than sipping on champagne with A-list stars like Matt Damon, Jessica Chastain, Helen Mirren, Drew Barrymore, Shia LeBeouf and so much more? Celebs like these signed a giant 9L bottle of Moet with proceeds going to TIFF’s charitable initiatives.

Also look out for these amazing lounges next year as well!

A day trip to Niagara On the Lake with street food, canola farmers and a winery
Upcoming: Montréal's MTL à TABLE 2015 grows to 150 eateries