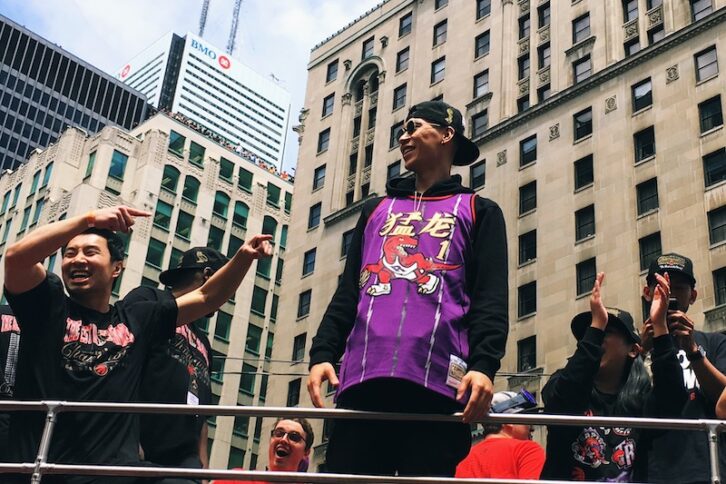 The Best Toronto Teams to Bet on In 2021

Although we may not have had any opportunities to watch our favourite Toronto teams in person last year, we can bet on them. But what Toronto franchise – of the major three –  is the best to bet on this year at Canadian Sportsbooks – whether it is to win any given night or to bring a chip back to Toronto.

What a great time it is to be a Toronto Maple Leafs fan – minus not being able to attend home games. The team is kicking butt in the All-Canadian Division, starting the year with an 11-2-1 record – thanks to the stellar play from their prized young stars.

Mitchell Marner is averaging 1.50 points per game – which equates to 123 points over an 82-game season (which only trails Doug Gilmour’s record-setting 127 points in 1992-93). Matthews is on pace for 47.4 goals this season – seven off the club’s record of 54 set by Rick Vaive in 1983-84. Of course, that record came in a full NHL season. Add in some solid goaltending and the fact Toronto does not need to play the Boston Bruins until the Conference Finals – and this is shaping up to be the best Leafs team in two decades.

The Maples Leafs are also lucky – so far – to not have to deal with any rescheduling. If they can make it out of the North Division, they have more left in the tank than the Americans teams left in the playoffs – as many of them are currently dealing with many postponements.

After a sluggish start to the 2020-21 NBA season – which we can blame partly on the team readjusting to life and playing in a new city – the Toronto Raptors are starting to roll. The guards – Kyle Lowry and Fred VanVleet, are both playing at or near All-Star every night. Pascal Siakim is making teams pay in the paint. Add in Norm Powell, and Chris Boucher – two of the most underrated players in the NBA – the Raptors are a good team.

The Raptors still face the same challenges any NBA without multiple All-NBA players do – but with the scrappy core they have and Nick Nurse’s coaching abilities, they are a tough out any night and always a threat in the playoffs.

The Young Toronto Blue Jays Finish in a Strong Third

The young Toronto Blue Jays exceeded expectations last season, posting a 32-28 record and a winning percentage of .533 – the club’s fourth-best winning percentage since 1999. The club has been busy this offseason – adding George Springer to the biggest contract in team history and signing Marcus Semien to a one-year deal, hoping he can recapture his 2019 form (when he finished third in AL MVP voting).

The young players should only look better in 2021. While they lost to the Tampa Bay Rays 2-0 in the first round of the MLB playoffs, the young core’s experience is what matters most from last season.

Pitching is still a question mark for the Toronto Blue Jays. The Jays have their ace in Hyun Jin Ryu  – who is coming off consecutive top-three CY Young finishes, but after him, there are some question marks in the rotation.

The answer to one of those questions would be a healthy and ready Nate Pearson. Pearson is considered by many as the Blue Jays top-ranked prospect – even if he did play in the Majors last season. Pearson can hit 100+ with his fastball, but his career-high 101.2 innings pitched in the Minors may limit his exposure in 2021. If the Jays re-sign Taijuan Walker (who posted a stellar 1.57 ERA with the team) or sign James Paxton and Steve Matz (who they acquired from the Mets this offseason) plays close to 2016 form, the Blue Jays may have enough pitching to complement their offence.

While it may not add up to enough to win the World Series, it should be enough for the Jays to be competitive in the AL East and fight for a second straight Wild Card spot.