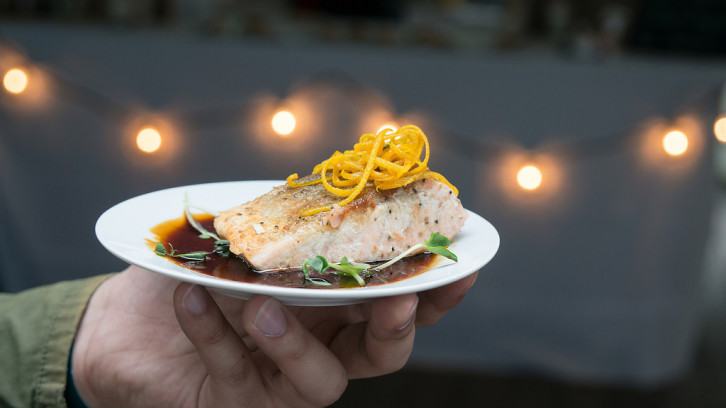 One of Toronto’s signature culinary fundraisers, Toronto Taste, brought together the local food scene for its 28th year on Sunday June 4th. The evening was in support of Canada’s largest food rescue charity, Second Harvest. Toronto Taste has been a long-standing supporter of Second Harvest, where over $13 million has been raised cumulatively to reduce food waste and in turn feed the hungry with nourishing meals across the GTA. The Daniels Corporation has also provided continuous support as a presenting sponsor for Toronto Taste. They believe in Second’ Harvest’s mission to “rescue fresh, surplus food and deliver it to those experiencing hunger in our communities”. Additionally, the power of people was most prominent when this year’s attendance was outstanding. “Over 70 chefs, 30 beverage purveyors, 60 sponsors, 400 volunteers, and 1500 guests” as quoted by Debra Lawson, Executive Director of Second Harvest, this year’s goal in providing 1.9 million meals was reached from this year’s ticket sales.

A memorable highlight of the fundraiser is how Corus Quay is transformed into the ultimate food destination; hosting some of Toronto’s popular restaurants. Some of the newest restaurants that made their first appearance at Toronto Taste were Cafe Cancan, Hexagon, Il Covo, Mira, and Bar Buca. In more of the lineup, Toronto’s most talented chefs from Canada’s 100 Best Restaurants were also apart of this signature event; La Banane (Best New Restaurant), Cafe Boulud (Ranked 42), and Grey Gardens (Ranked 43), to name a few. 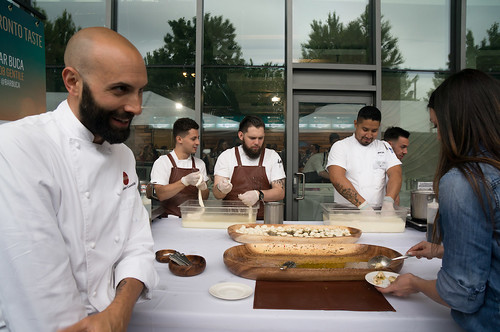 
Silent auction for bottles of fine wine, bespoke dining experiences, All-Clad kitchenware, and travel packages lined the building, and at the centre of it all, some familiar faces (including Food Network hosts: Noah Cappe, Chef Michael Smith, and Bob Blumer) took centre stage in dishing important statistics in regards to Toronto’s food situation, carrying out the live auctions, and hosting the Chef’s Challenge cooking competition.

Speaking of which, I had a chance to talk to Second Harvest Ambassador, Bob Blumer. He is known for being Food Network host and producer for some of the channel’s coolest shows including Surreal Gourmet, Glutton for Punishment, and World’s Weirdest Restaurants. This food mogul is also a gastronaut, cookbook author and a 7-time Guinness World Record holder – for which all are food-related. Here is what we learned from Bob Blumer: 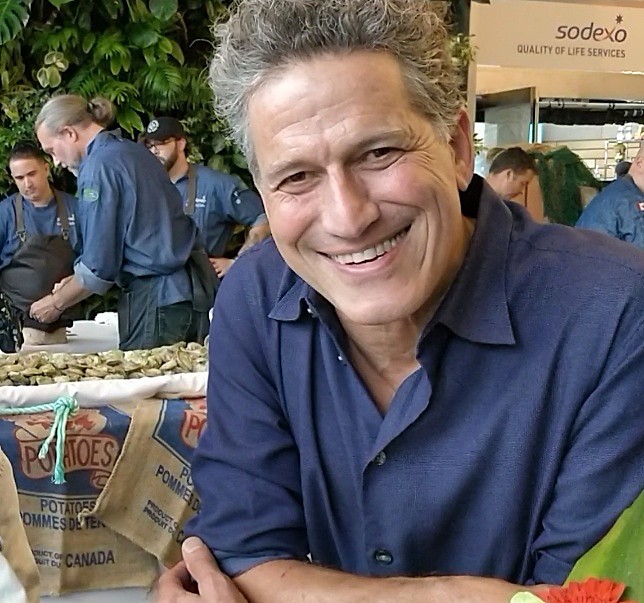 How did you get involved with 2nd Harvest?
They invited me to an event and I learned about what they do. What they do is super cool because they rescue food that would be otherwise thrown out and last year they rescued 10.7 million pounds of food, so that’s perishable food. Within 48 hours, they pick it up and turn it around in the warehouse and deliver it to all sorts of organizations in the GTA. It’s basically free food that’s theirs to pick it up and all they need is the infrastructure. That takes money and these are the events that make it happen.

How do you take ownership in your position as a Second Harvest Ambassador?
I’m mostly here to spread the word and I donate a [dinner] auction lot in a house in Los Angeles for 2 people so every year we auction it off. Over the course of 8 years, I’ve been an ambassador. I’ve raised $170k through these dinners. And last year, when I topped it off that amount, I was able to pay for a full truck which is right outside so I’m excited about that as well.

In the food landscape, especially with Second Harvest having a huge impact on the food scene, where do you see the food scene now versus the future?
There’s no shortage of food that’s available to be picked up; it’s all about the infrastucture. As we go forward here, there’s more and more people that’ll need some help. There’s always going to be a need and there’s always going to be the food so organizations like Second Harvest are going to continue to play an important role in equity for food with people.

You’ve worked on some really cool projects in the past. For example, you’ve designed a “Surreal Gourmet Room” in the Gladstone Hotel here in Toronto in 2013! Do you have any upcoming culinary projects or adventure?
I’m working on designing a better condo kitchen. My kitchen at home is 100 square feet. So many kitchens that are small aren’t efficient so I’m talking with some developers on how to build a better kitchen. [He says that he aims to engage conversation better with his guests while cooking, by moving the stove to the centre instead of having it face the wall with the sink.]

Bob Blumer is definitely on the money; every year, Canada produces about $31 billion in food waste. With the unified support of many of Toronto’s creative local chefs and brewers, generous sponsors, dedicated volunteers, and food-loving attendees, Second Harvest is empowered by Toronto Taste to help deliver food surplus to over 310 000 people in need yearly. Truly remarkable for the community.

“Toronto Taste is a testament to the unifying power of food. It’s not only a celebration of the city’s abundant culinary talent, but an important means of support for Second Harvest and our vision: no waste, no hunger.” – Debra Lawson, Executive Director, Second Harvest. 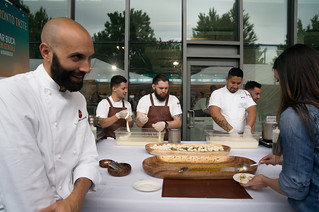 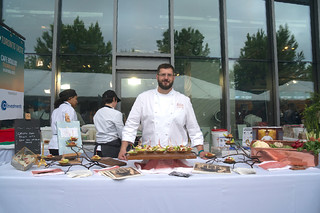 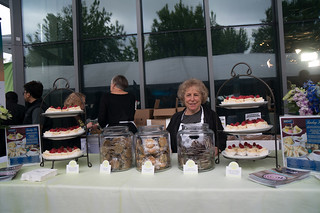 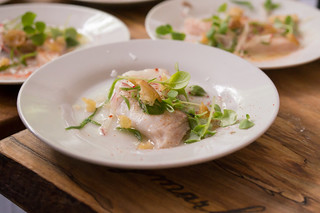 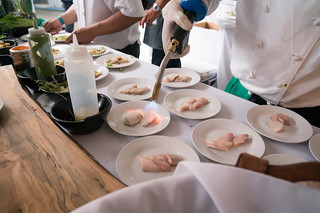 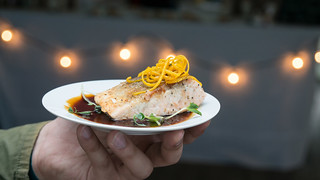 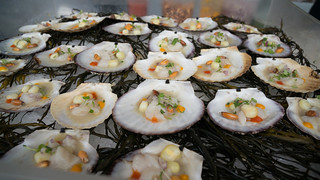 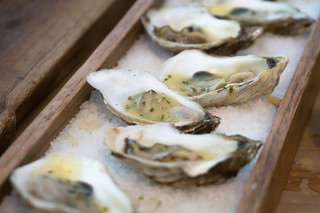 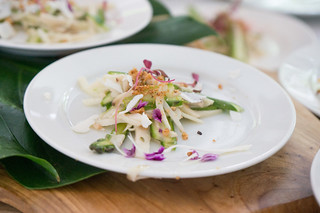 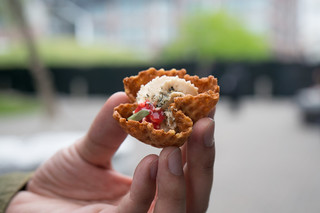 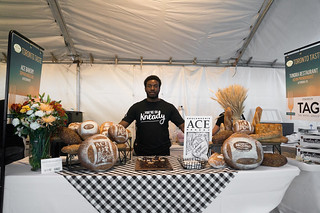 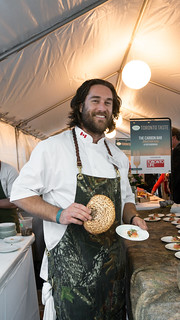 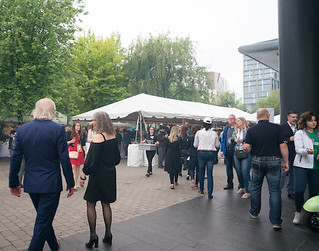 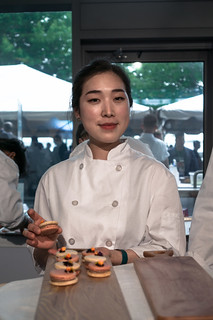 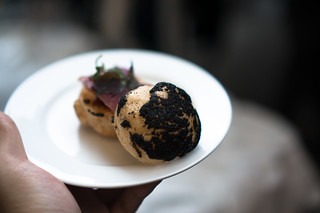 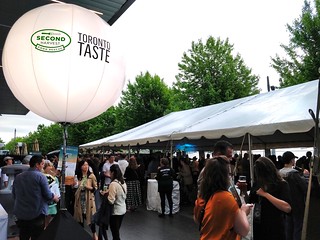 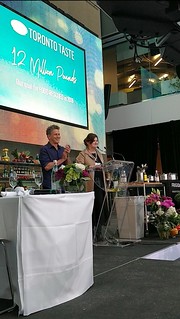 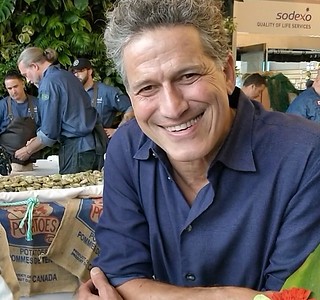 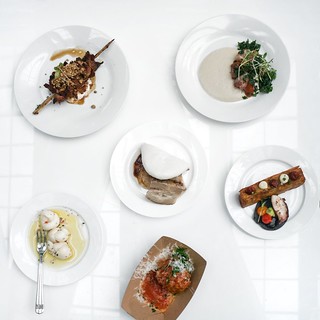 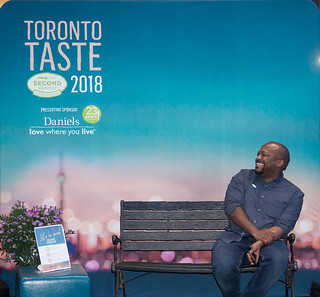