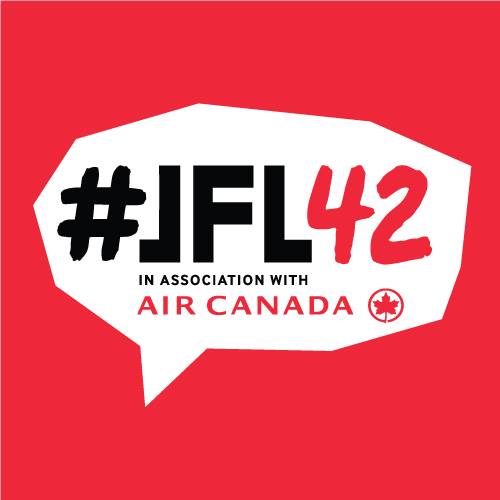 Upcoming: The JFL42 comedy festival by Just for Laughs

As a preview to the 3rd annual Just for Laugh’s JFL42 stand-up comedy festival coming up this September, Ron Funches was one of the comics who gave us a “JFL42 in July” preview on July 22nd.

We attended the first show at 8 pm at the Comedy Bar, which was opened by Torontonian, K. Trevor Wilson. Funches jokingly described himself as a “300 pound black man who giggles like an Asian schoolgirl”; he came off as very unique and appealing in his delivery. The audience was with Funches the whole time as he delivered jokes about using the n-word to shame pets, to picturing himself as a “pug riding a decorative pillow” . Throughout the show he made pop culture references harking back to the ’80s and ’90s that went over well with the crowd.

Funches is currently a regular on NBC’s Undateable, and will be at JFL42 on September 24, 25, and 26. Catch him on the Tonight Show with Jimmy Fallon tonight (Thursday, July 31st)!