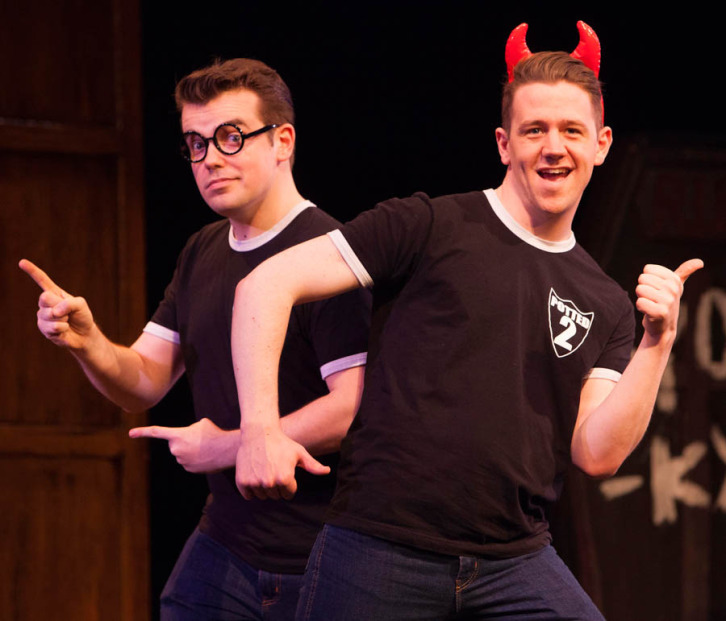 After rave reviews and popular demand from fans all over the world, the international smash hit, Potted Potter: The Unauthorized Harry Experience – A Parody by Dan and Jeff/strong> returns to a packed house at the Panasonic Theatre (651 Yonge Street) on December 17th.

Written by Daniel Clarkson and Jefferson Turner, this little gem from Starvox Entertainment and Potted Productions proved to be another round of success, and we had the pleasure of experiencing all the hilarity on opening night. Performed by UK’s Benjamin Stratton and James Percy (with Jesse Briton and David Ellis covering additional performances during the holidays), the dynamic duo condensed all seven Harry Potter books into a non-stop hysterical 70-minute CliffsNotes version of the series. Playing a variety of favourite characters from J. K. Rowling’s wizarding world, all with minimal costume changes and some over-the-top props supporting the show (including a menacing dragon!), the actors pulled off a stellar performance with their absurd humour, memorable songs, and some clever improvisation. We even got to play a real life game of Quidditch, with two of the smallest and most adorable seekers trying to capture the Snitch! 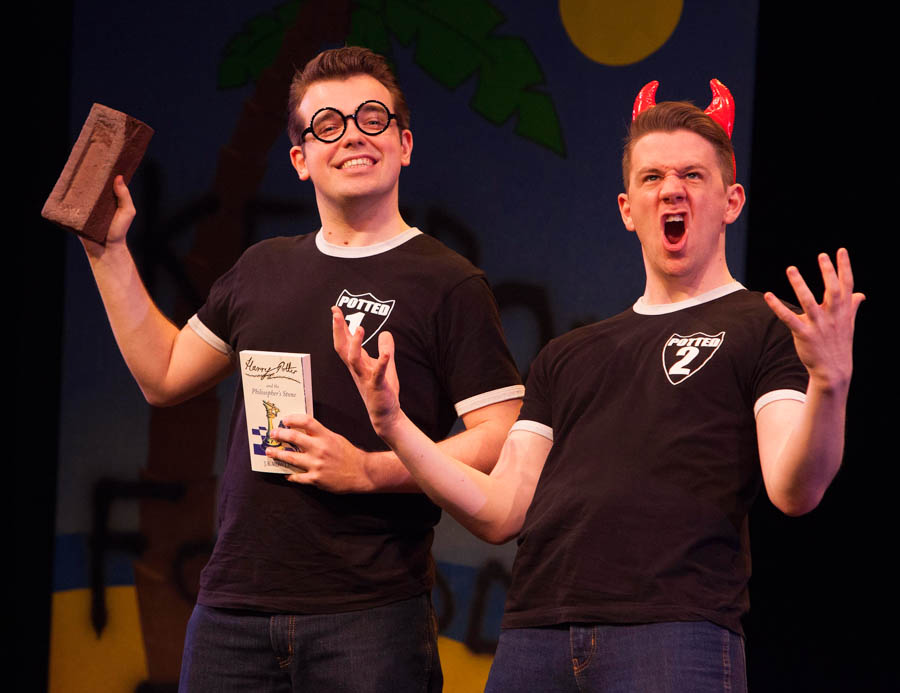 Appealing to die-hard as well as casual fans, this is a delightful treat for the holidays – a must-see for families and audience of all ages. Even those who’ve never heard of Hogwarts will get a kick out of this crowd-pleaser. 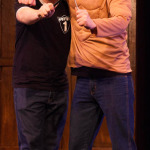 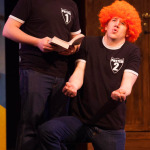