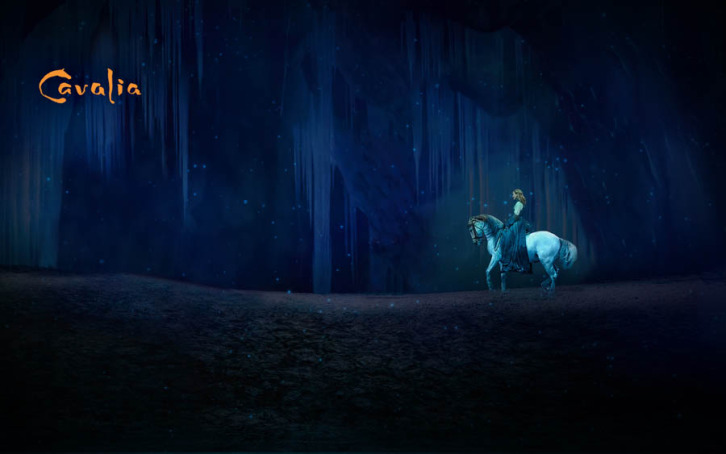 Coming in April to Toronto’s Port Lands, Oyssdeo plans to transport audiences to a different world with its extravagant theatrical horse show.

** UPDATE **
We’re now giving away a $100 gift card to The Keg AND a pair of tickets to see Odysseo! How awesome is that? Scroll down below to find out how to enter!

You may have seen the White Big Top tent set against the industrial skyline of the Port Lands, this unique space is much larger in person. Standing at 38 meters tall and spanning 12 NBA basketball courts, this venue will accommodate one of the world’s largest equestrian shows.

With a roster of 70 horses and an international cast of 45 human performers, Odysseo fuses acrobatic talents with high-tech theatrical effects to create a stirring two-hour experience.

Cavalia, the brains behind Odysseo, is an entertainment company that specializes in equestrian arts. Also stationed in Montreal, Cavalia has been compared to like circus giants like Cirque du Soleil. Known for Cavalia’s expertise in using cutting-edge technology, Odysseo crafts a distinctive, emotional performance that has been gaining rave reviews across North America.

Odysseo runs at the Port Lands from April 8th – 26th.

THE KEG DATE NIGHT GIVEAWAY
We are happy to announce that we’re giving away an awesome prize package to one of our readers!
One lucky winner will win a $100 gift card to The Keg AND two (2) tickets to Cavalia’s Odysseo show! How awesome is that?!?

RULES
Contest closes April 22nd, 2015 at 4:00pm. One entry per Facebook account. One entry per Twitter account. No transportation provided. Winner must be a GTA resident. The prize of two tickets to Cavalia’s Odysseo is valid until shows scheduled up until May 10, 2015, excluding 2pm shows. Winner must reply and provide email, mailing address, and preference of show according to the Odysseo schedule, excluding 2pm shows.

In Photos: Theatre Ball 2015 for the Canadian Stage
Be a chef at home with Chef's Plate meal delivery service