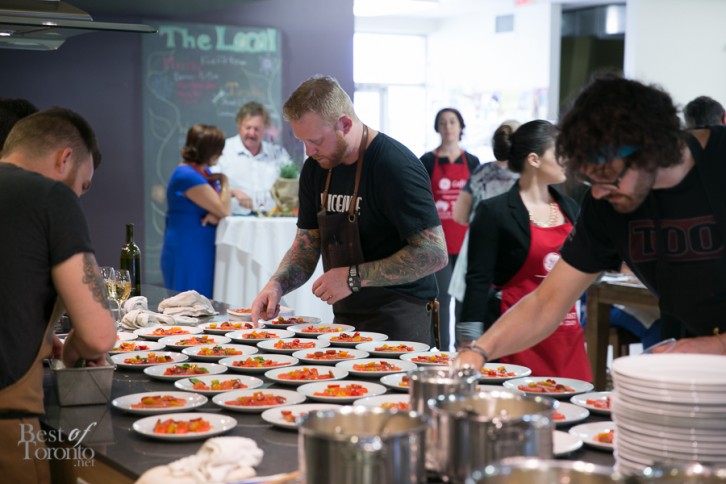 Doting cinephiles who have an appetite for food stories beyond the one-dimensional ‘foodporn’ we’re bombarded with daily, will undoubtedly lap up “Devour- The Food Film Festival” this November.

For five days, filmmakers, chefs, and gastronomes will make the pilgrimage to Wolfville, Nova Scotia and savour a showcase of creative ideas and important issues surrounding food. With notable individuals like Anthony Bourdain espousing the festival, Devour is aiming to be the “Sundance Film Festival equivalent for Food” – Executive Director, Michael Howell. And with over 10,000 in attendance last year, Howell asserts that it is quickly becoming the premiere locale for an immersive experience in food and filmmaking.

Moreover, the East Coast based film festival is extending sensory pleasure to intrepid palates. In addition to this year’s 78 films curated by managing director Lia Rinaldo, Devour has sourced a roaster of talented chefs to host a line of tastings and intimate workshops. Notable Chefs like Rob Gentile, Jeremy Charles and Michael Stadtländer will be present to share their thoughts on food and its role in film. Rinaldo alludes to mind-melting pleasures with edible chef-created concoctions, inspired by the festival films.

Last year’s headliner was chef and current food jetsetter, Anthony Bourdain. Devour’s mandate is to alternate the spotlight between cuisine and cinema, so this year’s opening gala and film discussion will be curated by actor Bill Pullman. To many who are unfamiliar with his work outside of Hollywood releases, Rinaldo informed us that he is a strong advocate of sustainable food, with a rapt focus on exotic fruits. She cited a film he starred in 2013, The Fruit Hunters as a prime example. Howell and his team feel that this anecdote is a testament to the universality of food; it can cull unique personalities together into incubators like Devour that increase awareness of matters surrounding food politics, farm life, and food systems.

The festival runs from November 4-8, 2015. The full program is on their website and tickets are on sale now.