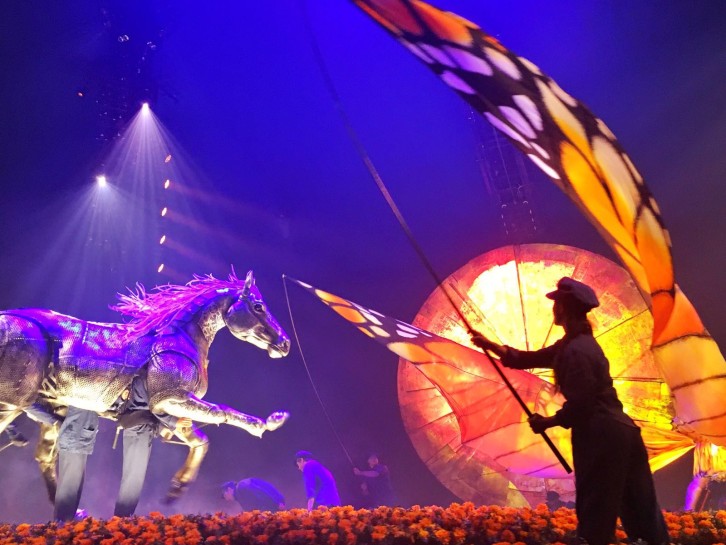 Cirque du Soleil is back for their latest performance, LUZIA, now until October 16th. The performance is inspired by Mexico’s mythology, vibrant culture, and rich colours, transporting you to a place suspended between dreams and reality. LUZIA is a magical spectacle, surprising you with its acrobatic performances, integrating rain and water, breathtaking landscape and the spirit of its people. 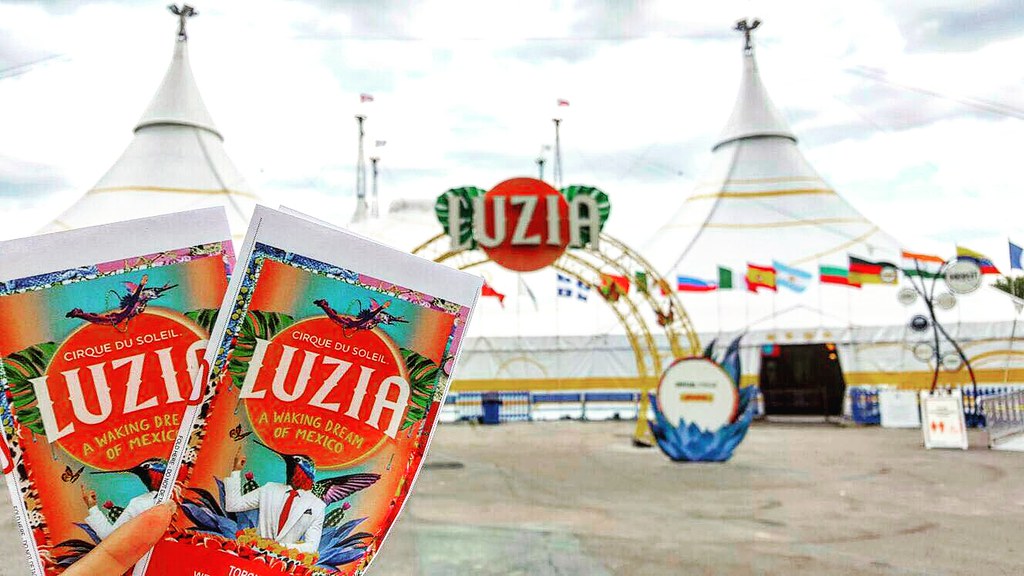 Audiences can expect to experience many quintessential Mexican themes. The opening scene is filled with cempasúchil (Mexico marigold known as “flower of the dead”), representing Day of the Dead; as a young girl dashes on the rotating conveyor belt with gigantic brilliant orange-red wings, representing the long-distance running with minimal footwear and the monarch butterfly, which annually hibernates in Mexico from Canada. Water is a large theme in the show, especially with Mexico’s rainy season and Mexican rain-calling rituals in folklore, the performers are swimming, doused frequently with water or represented with their beautiful waterfall art (incorporated with a computer-controlled rain curtain). It’s amazing what the trapeze artist can perform under a rain curtain with the dangers of a slippery execution.

Along with water, animals play a prominent role in Mexican lore and mythology, represented by the horse, armadillo, crocodile, hummingbirds, swordfish, iguana. The music is excellent with its distinctive Latin American flavours, from the salsa rhythm to flamenco, and a mysterious women serenading as her dress blooms with colour. For soccer fans, there’s Pok-ta-pok, a 3,000 year old ritual Mesoamerican ballgame, an interesting sight as the performers attempt to outdo each other.

During intermission, audiences are able to admire the Papel Picado, a Mexican folk art that is made out of paper cut into elaborate design, which Luzia has transformed into a beautiful curtain. In the second half of the show, they bumped the extremity of the tricks: swings 360, contortionist, and gigantic leaps from swing-to-swing. The contortionist was impressive as audiences gasp as he untangles his body contorted in various shapes and holds. As for the Russian Swings, the crowd claps and applauds as the acrobats vault from swing-to-swing, flying through the air, flipping and twisting their bodies as they successfully land onto the next swing. 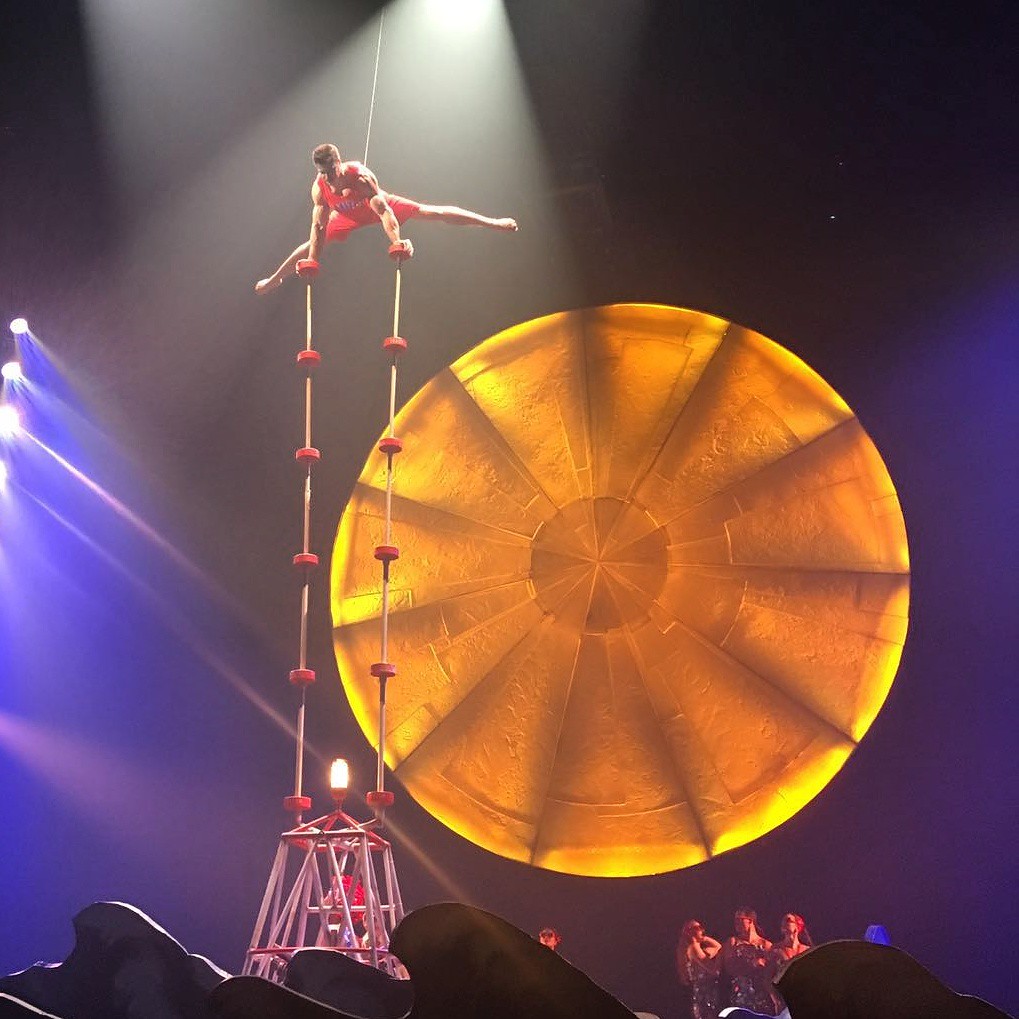 In the end, everyone gathers for a fiesta, filled with delicious food and drinks. A gathering in celebration of life embodying the spirit of Mexico. 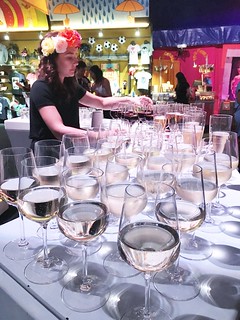 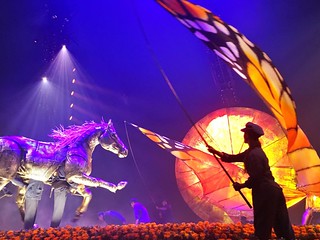 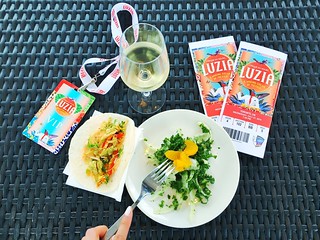 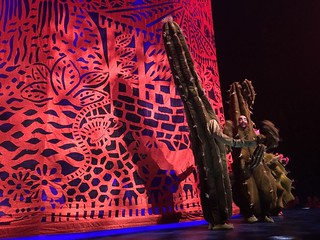 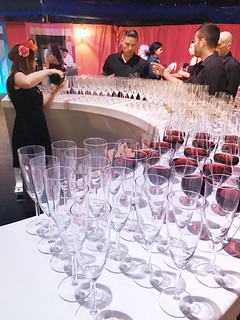 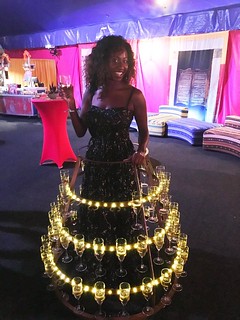 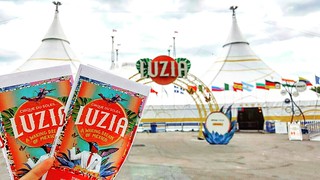 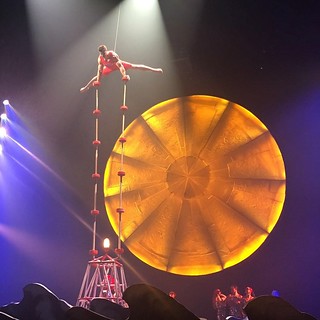