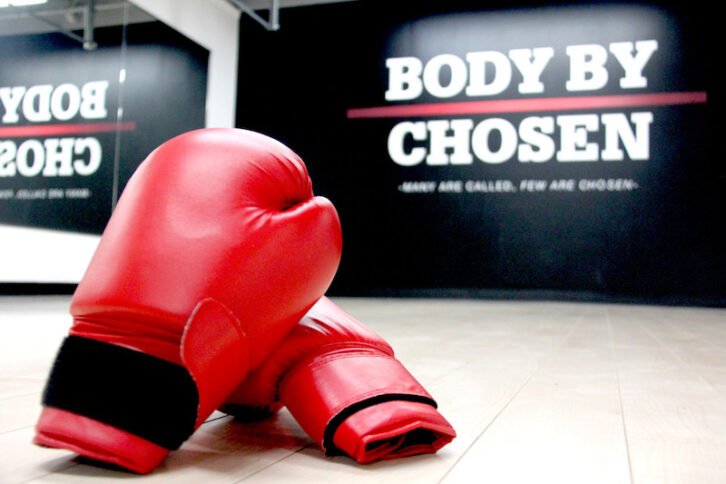 The fitness craze is at an all-time high right now. While some now have a preference for home workouts, having invested in new equipment over the last 16 months, others have flocked to some of Toronto’s finest fitness studios, such as Body by Chosen. In either case, those who want to improve their strength, fitness, and athleticism would be wise to take tips from professionals.

Toronto is packed with major league sports teams, most of which have, at some point, dominated their respective leagues despite the overwhelming influence of the US teams to the south.

Performing at the highest level for a whole season requires a sublime fitness regime, and while all secrets aren’t given away, the Toronto Maple Leafs, Toronto Raptors, and Toronto Blue Jays have given us a glimpse at some of the activities that they commit to in order to get the best out of their superstar athletes.

Auston Matthews and the ‘Fitness Jedi’

As you can see in the video above, the Maple Leafs have been very forthcoming with their fitness tips for newcomers to the team, fans, and aspiring athletes in general. Their Get Moving series on YouTube was excellent for home fitness tips, with strength and conditioning coach Louis Rojas showcasing exactly how you can improve your body.

Of course, Rojas will have had a huge part to play in the ability of the Buds to perform at their best, but there’s also a growing offseason trend among some stars. Over the last few seasons, the boot camp and regime set-up by Ian Mack have proven to be able to elevate even the league’s most impressive stars. The ‘Fitness Jedi’ came to the fore after his work with Patrick Kane resulted in a 110-point season.

Last season, after working with Mack, Auston Matthews enhanced his two-way game and enhanced his influence on the ice despite the notably strong centre losing 14lbs over the offseason. He scored 66 points in the shorted 52-game season, netted a career-best of 12 game-winning goals, a high of 57 hits, and averaged a career-best average time on the ice stat line of 21:33.

The already elite-tier centre improved a great deal thanks to his offseason efforts, and with potential further improvements to come this summer, he’s one of the main reasons why the Toronto Maple Leafs are among the betting favourites with William Hill to win the Stanley Cup next season. The American pivot’s improvements are, somewhat surprisingly, down to a mix of bodyweight exercises, yoga, and Pilates.

Raptors teaching you how to get basketball fit from home

Basketball is one of the most fitness-intensive sports of the major league scene, demanding players to constantly test their aerobic fitness while also needing enough to exert strength and pop to make important plays. It’s a rigorous sport, and the Toronto Raptors put their faith in strength and conditioning coach Jon Lee to keep their players on the ball.

As reported by Ben Fisher for Raptors Rapture, last year Lee played an integral part as an unofficial activities co-ordinator, keeping players occupied and stimulated. In addition to this, Lee and his team delivered loads of fitness equipment and set up new routines for each player. The routines would be of three rounds, including a warm-up, upper-body work, lower-body work, and then a full-body segment, all set to the beat of two minutes in, 30 seconds out.

Building Bautista into a stud hitter

In baseball, you need the physical endurance to be able to perform at your best over hours, but most importantly, you need strength, power, and the ability to quickly pop to that top gear. A lot of this comes down to technique, but having base strength helps tremendously, which is how José Bautista managed to transform his game while he was with the Toronto Blue Jays.

The focus of Bautista’s efforts were on strength with mobility, achieving a range of motion despite pumping up muscle mass and power. This was achieved by doing a lot of cable pull and resistance work, bodyweight work centred on the knees, and, of course, physioball tosses. Working with weights wasn’t so much about climbing to the heavier lifts, but instead moving the weights in a way that complemented baseball movements.

As you’ll notice, very few of the exercises discussed for these star athletes require heavy lifting or a heft weight set and can all be done at home. So, if you want to improve your strength, fitness, or lose some pounds, draw from the routines of some of these Toronto clubs.