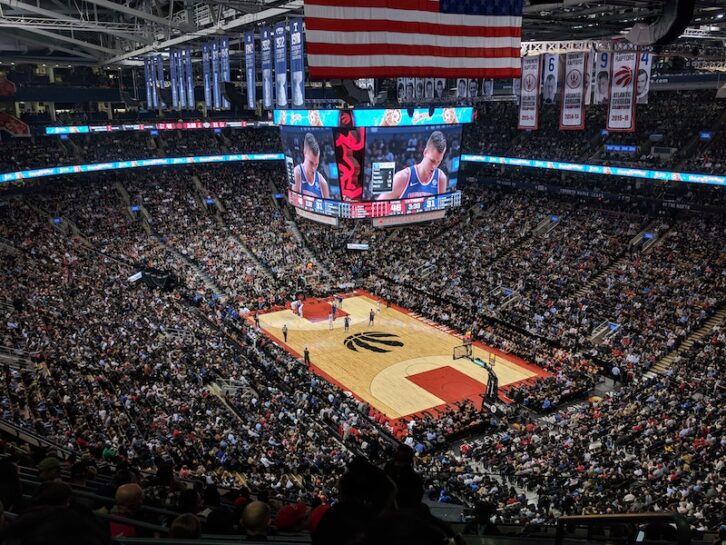 How far can the Toronto Raptors winning streak take them?

As the hottest side in the NBA right now, pundits and fans are starting to question how far the Toronto Raptors can go this season.

It was a tough start to the campaign for the 2019 NBA Champions, who looked to be a long way off recreating their heroics of a couple of seasons ago.

However, six impressive wins on the bounce from the start of 2022 have got plenty of big names in the game believing that the Raptors could once again be one of the main sides to beat in the play-off shake up.

Currently residing in 6th out of 15 teams in the NBA Eastern Conference, the Raptors are a side on the up and their latest win over the Charlotte Hornets exemplified their incredible scoring power.

Their first ever NBA title back two years ago captured the imagination of a generation of the whole city of Toronto and there is a real sense of expectation as a consequence surrounding Nick Nurse’s side in every season they head in to.

How far they can go this season remains to be seen, as they still have a side packed with quality and how they would love to emulate the successes of three years ago in the 2021/2022 campaign.

Currently, the Raptors sit 6th in the NBA Eastern Conference table and with the likes of the Brooklyn Nets and the Milwaukee Bucks purring above them in the standings, it looks a tall order for the Raptors to overturn the deficit to win the league.

However, they have time on their side and decent players on their roster and stranger things have certainly happened in the history of the NBA.

A play-off finish would represent a very reasonable campaign for the Raptors, who have shown serious signs of improvement in recent games and at +145, they look a decent bet to finish in the top 8 of the Eastern Conference.

Six wins on the spin in recent games for the Raptors has certainly lifted the mood around the camp and whilst it is certainly a long shot, they are still mathematically in with a shout of winning the NBA Eastern Conference title at at bet365 Canada +2400.

The magnitude of the Toronto Raptors winning the NBA Championship title back in 2019 reverberated across American sport, as they became the first side outside of America’s borders to win a national title in any of the big 4 sports in over a decade.

Whilst sceptics say everything fell for the Raptors in 2019, their place in NBA history is etched and how they would love to go all the way once more in 2022.

Few atmospheres in the NBA are as intense as the Scotiabank Arena and they will be hoping to make that a fortress once more this term.

Going all the way and qualifying from the Eastern Conference, before battling the Western Conference sides will be top of the agenda to the Toronto Raptors this season and they are very much a dark horse in this year’s competition at +6000.

Building towards next year could well be the priority for the Raptors, who have a young squad and are now finally finding some momentum in the 2021/22 season.

It may look to be a long way off currently, but with some shrewd off-season acquisitions, the Toronto Raptors could well be battling it out at the top of the NBA Eastern Conference in 2022/23.

At +1400, bookmakers clearly feel the Raptors have more than an outside shot of dominating the East next season.