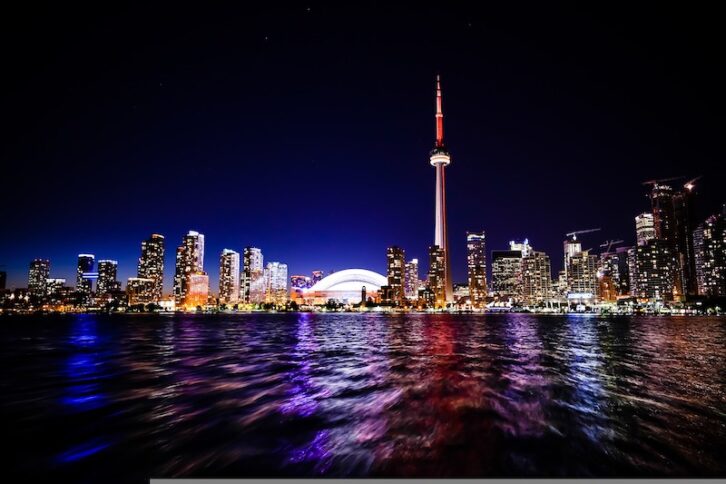 In April 2022, the Canadian province of Ontario passed Bill C-218, which legalizes iGaming activities and single-sports betting. This has led to a boom in the iGaming industry in Toronto, which is now being hailed as the rising iGaming capital of Canada. With a wide variety of iGaming operators and platforms now available, Toronto is quickly becoming a hotspot for iGaming enthusiasts from all over the world.

In this article, we will take a look at the history of iGaming within the great city of Toronto, while also looking at the impact of the C-218 bill and how it can have a positive effect on the iGaming industry within this bustling city. Additionally, we will look at the positives that it can have, and why so many are starting to enjoy wagering experiences!

The History of iGaming in Toronto

iGaming has a long and storied history in Toronto. It all started back in the early 2000s when the first online casinos began to appear. These early pioneers of the industry were quickly followed by a host of other operators, both big and small. In the years since, the industry has grown exponentially, with new operators and platforms launching on a regular basis.

The legalization of iGaming in Ontario has been a game-changer for the industry. Prior to Bill C-218, iGaming was only legal in three Canadian provinces (British Columbia, Quebec, and Manitoba). This left a lot of Canadians outside of these provinces unable to enjoy iGaming activities. However, with the passing of Bill C-218, this is no longer the case. Now, anyone in Ontario can enjoy iGaming activities without fear of breaking the law.

The Impact of Bill C-218 on the iGaming Industry

Since the passing of Bill C-218, there has been a veritable explosion in the number of iGaming operators and platforms available in Toronto. Previously, there were only a handful of major players in the industry. However, this has changed dramatically in recent months, with dozens of new operators and platforms now available. This increase in competition has been great news for consumers, as it has led to improved service levels and lower prices.

Additionally, the passing of Bill C-218 has had a positive impact on the economy of Toronto. The iGaming industry is now one of the fastest-growing industries in the city, and it is estimated that it will contribute over $1 billion to the economy by 2025. This growth is expected to create thousands of new jobs in the city, which is great news for those who are looking for employment.

Why Are So Many People Starting to Enjoy iGaming Experiences?

There are a number of reasons why so many people are starting to enjoy iGaming experiences. Firstly, the industry is now much more accessible than it was in the past. With the passing of Bill C-218, anyone in Ontario can now access iGaming platforms and operators. Additionally, the industry is now much more competitive, which has led to improved service levels and lower prices.

Naturally, as a result of this, online gambling in Canada has increased to a new level as more and more people have started to become interested in what iGaming can potentially provide them within Ontario, especially as they now are able to participate in the activity legally.

Another reason why so many people are starting to enjoy iGaming experiences is that it is a great way to socialize. In the past, iGaming was often seen as a solitary activity. However, with the advent of live dealer games and social media integration, iGaming has become much more social. Now, players can interact with each other while they play, which has made the experience much more enjoyable.

Finally, iGaming is a great way to potentially win money. With the recent passing of Bill C-218, Toronto residents can now access a wide variety of iGaming platforms and operators. This increased competition has led to improved odds and higher payouts. As such, players now have a much greater chance of winning big when they play iGaming games.

The Future of iGaming in Toronto

There will be many that will find it difficult to argue against the idea that the future of iGaming in Toronto looks very bright. With the passing of Bill C-218, the industry is now legal in Ontario. This has led to a boom in the number of operators and platforms available, which is great news for consumers as it means they are now afforded a great number of lifestyle choices when it comes down to trying to find the best iGaming products and services to utilize.

Additionally, as we mentioned, the industry is expected to contribute over $1 billion to the economy by 2025 and create thousands of new jobs. Moreover, with technology continuing to develop further, it would not be a surprise if we were to see this figure increase further in the future as more gamers become interested as they will be able to get some of the best gaming experiences possible; something they continue to demand and crave with each title played!

Clearly, with all of this positive momentum, there is no doubt that iGaming will continue to grow in popularity in Toronto for years to come.

The passing of Bill C-218 has had a hugely positive impact on the iGaming industry in Toronto. With more operators and platforms now available than ever before, Toronto is quickly becoming a hotspot for iGaming enthusiasts from all over the world, thus making it the iGaming capital of Canada.

However, with so much still possible to achieve and potentially accomplish within the industry given the developments that can take place regarding the options already available, it would not be a surprise if Toronto were able to become one of the iGaming capitals of the world, especially as there is a population of approximately 6.3 million people; one of the most populous cities in the world and one that continues to increase at pace as many move to the area.