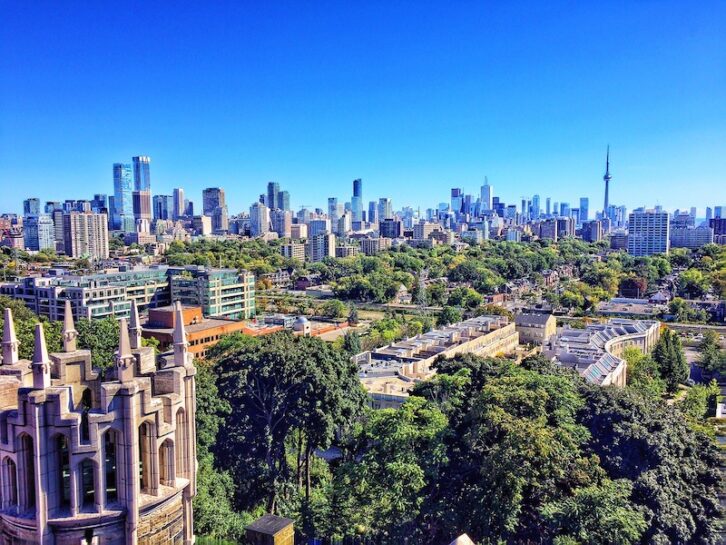 If you can afford it, Toronto is one of the most versatile cities around, with neighbourhoods that feature a wide variety of esthetic styles and lifestyle options. But one thing they all have in common is that no matter where you are in Toronto, the amenities are top-notch. In fact, the 6ix ranked as the 8th most livable city in the world in 2022 by Global Citizen. Scores were based on stability, health care, education, culture, climate, and infrastructure. On a side note, Canada had three cities in the top ten, with Calgary and Vancouver ranking ahead of Toronto as the 4th and 5th most livable cities, respectively.

So, whether you’re just trying to get your foot in the door or you’re a real estate market vet, you need all the help you can get in a market as fast and competitive as Toronto’s.

This is doubly true if your wish is to live in one of the cooler sections of Toronto, three of which are described below.

If you already live in the GTA or have ever visited Toronto in the summertime, chances are you’ve spent time at the four beaches just east of the downtown core on Lake Shore Blvd. E. The thought may also have crossed your mind that it would be a pretty cool place to live, and it is.

The Beaches, with its waterfront, parks, bike paths, and summer sports leagues, is ideal for active types who also like having immediate access to the hustle of the big city. There is also an abundance of cafes, bars and restaurants within walking distance for those low-key nights.

Like other west-end neighbourhoods, the Annex is popular with young professionals and artists. It’s a great mix of modern and historic, as it’s one of the oldest neighbourhoods in Toronto.

The Annex’s architecture will transport you back in time, and its home to the University of Toronto’s St. George campus and Casa Loma – two of the city’s most fabled landmarks. At the same time, it’s a lively Toronto destination with pubs, eateries, bookstores and the iconic Lee’s Palace concert hall.

You also have Christie Pits Park in the Annex, and can get wherever you need to go in Toronto via one of the three major TTC hubs in the neighbourhood – St. George, Spadina and Bathurst subway stations.

Situated almost smack-dab in the middle of Toronto’s city limits sits a neighbourhood with a decidedly small-town, family-friendly feel and fierce community spirit.

Cabbagetown hosts Riverdale Park and Riverdale Farm, a free, 19th-century Victorian farm with plenty of farm animals; it has the largest collection of restored Victorian homes and a shopping district that features a wide variety of retailers and restaurants doing business in buildings that look straight out of the 1950s.

It also has plenty of public transportation options along some of the city’s most-serviced TTC lines and is a short drive to the DVP.