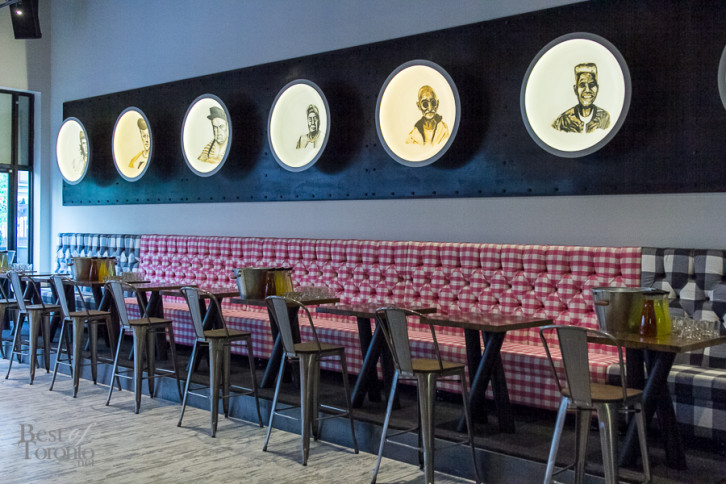 A new bar, Early Mercy, opens today for its grand opening weekend at King West, taking up the old Grand & Toy space across from Citizen and Spice Route at Brant Street.

When you walk in to the open-concept 3,500 square foot space, you notice the extra large bar area taking centre stage at Early Mercy. Then you notice the hand-painted playful tongue-in-cheek portraits of world leaders (shown above) and a wall with a giant word scramble. The south side of the venue has garage doors that open up giving access to a patio facing King Street. The ambiance gives off a casual, laid back vibe. 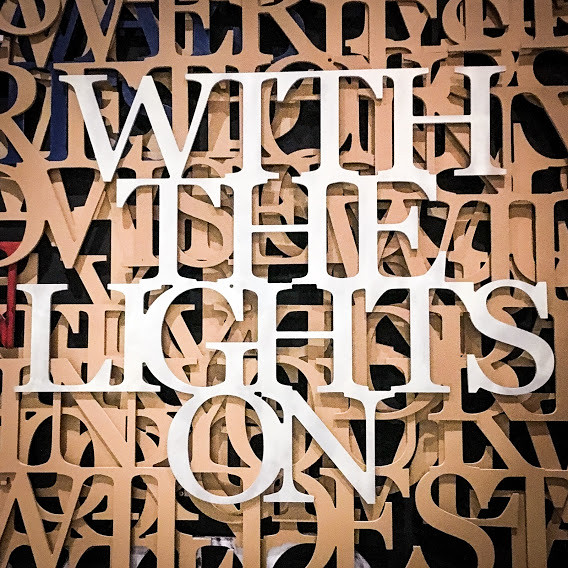 As an interesting twist on an regular bar, Early Mercy serves up bites from the popular Food Dudes with their food truck parked in the back. I spotted classics such as Captain Cod fish tacos. There will be other local guest food trucks featured on a weekly basis. 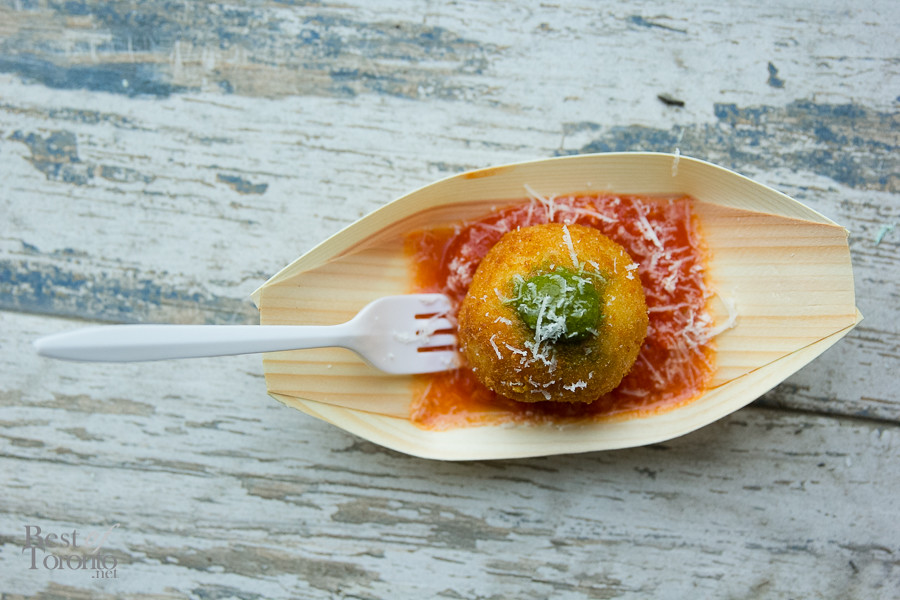 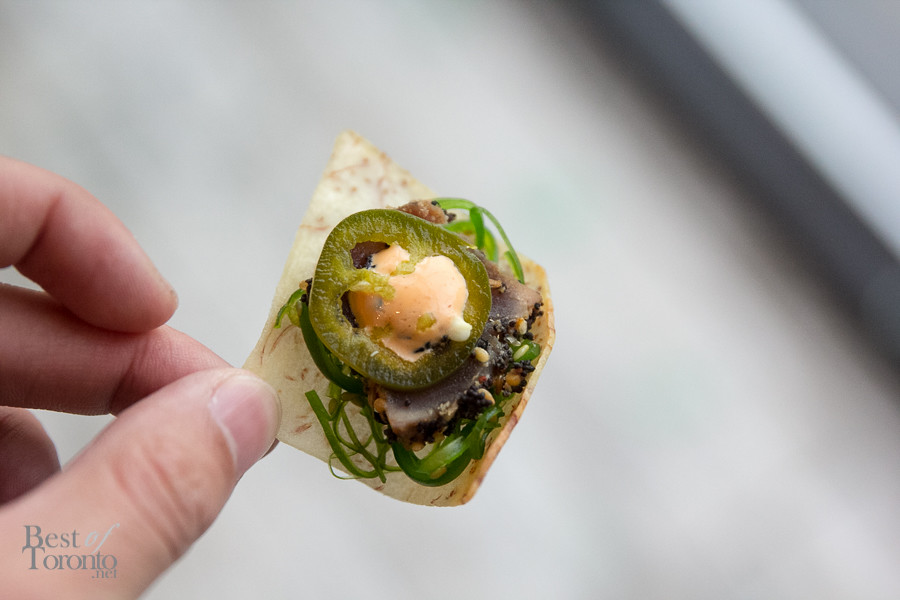 In a similar manner there will be rotating DJs and live bands as well as old hip hop tunes and rock favourites that lead into newer music as the nights progress.

Be sure to put Early Mercy on your radar for events including last night’s GotStyle party. 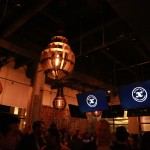 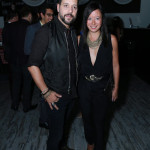 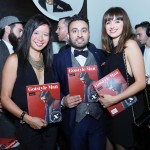 Early Mercy is open Tuesday – Saturday from 5:00 pm until late. 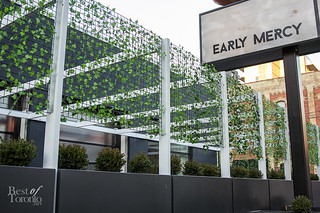 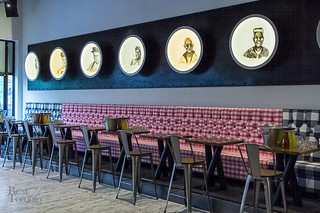 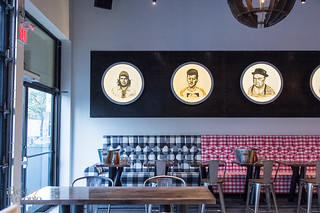 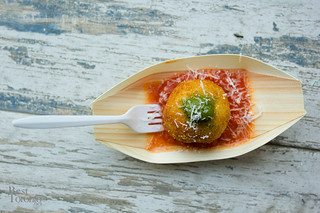 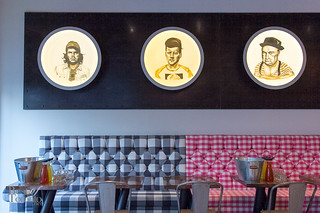 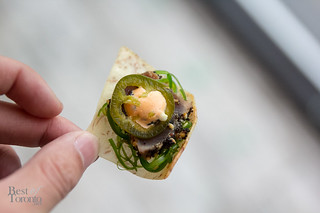 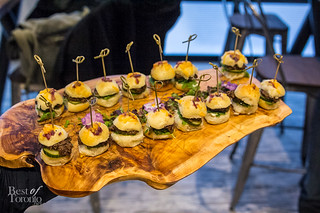 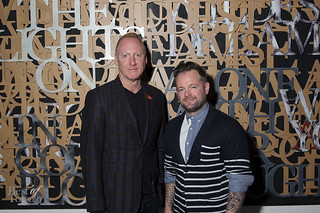 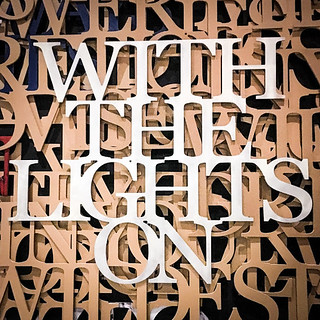 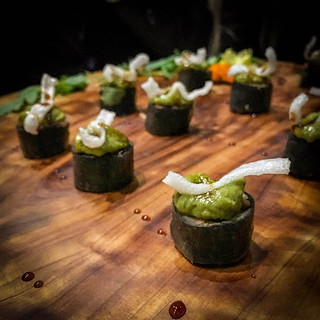