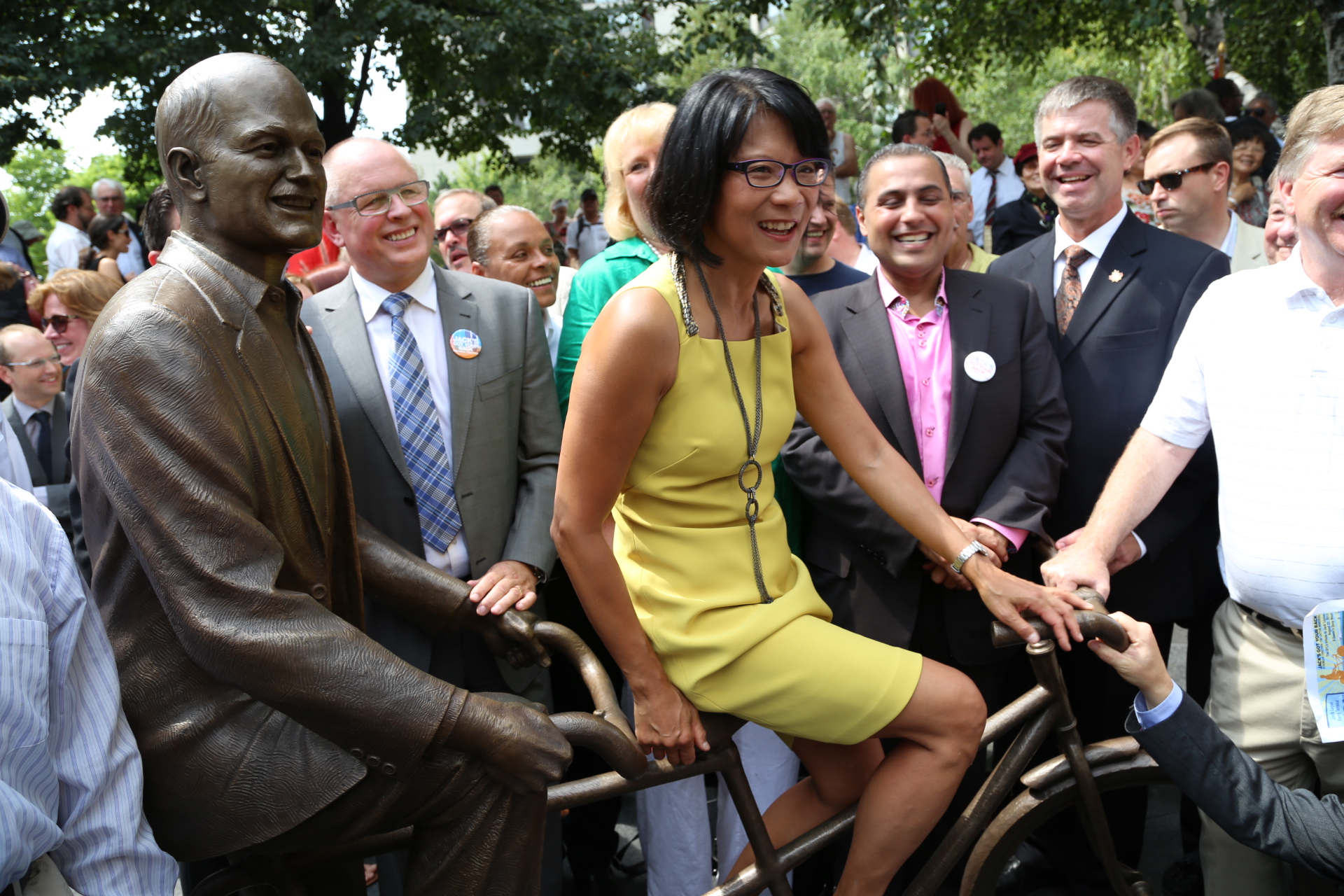 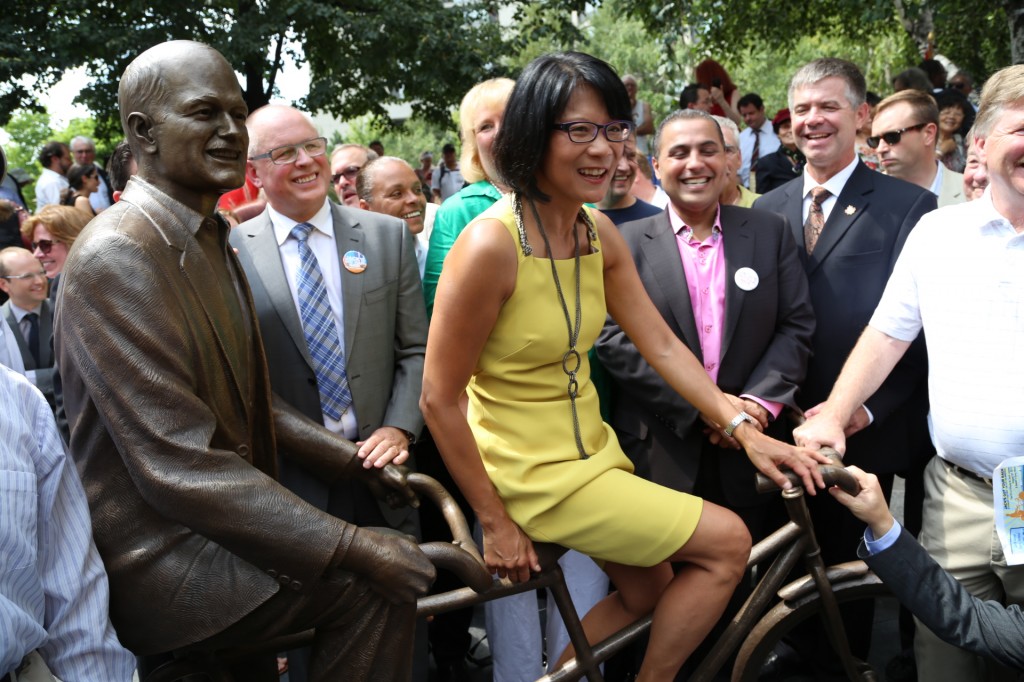 The unveiling of the Jack Layton statue with his widow, MP Olivia Chow

This morning it was a celebration of the former NDP leader Jack Layton on the 2 year anniversary of his death after his bout with cancer.

To honour his memory, a bronze statue was unveiled with Jack Layton riding a tandem bicycle in the back seat allowing people to sit on the front seat and pose for photos. The statue is called “Jack’s Got Your Back”. The incredible part is that the sculpture was made in part by his widow, MP Olivia Chow. There was much media fanfare and also hundreds of general public in attendance (estimated at over 500 people). There were speeches made and celebrations including a musical adaptation of his last letter to Canada entitled “Dear Friends”. 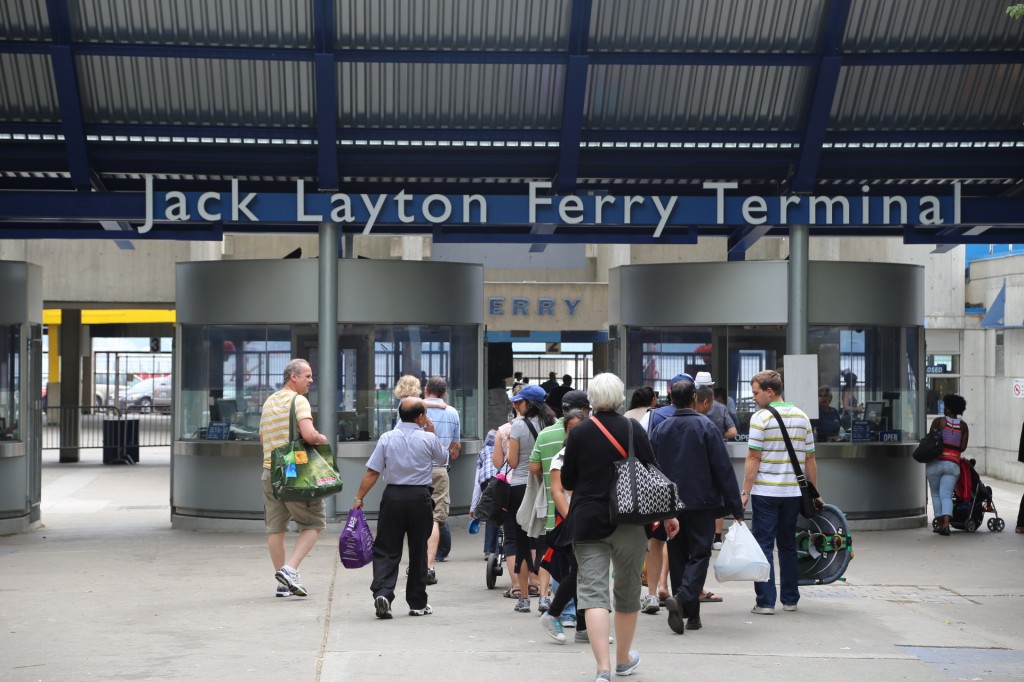 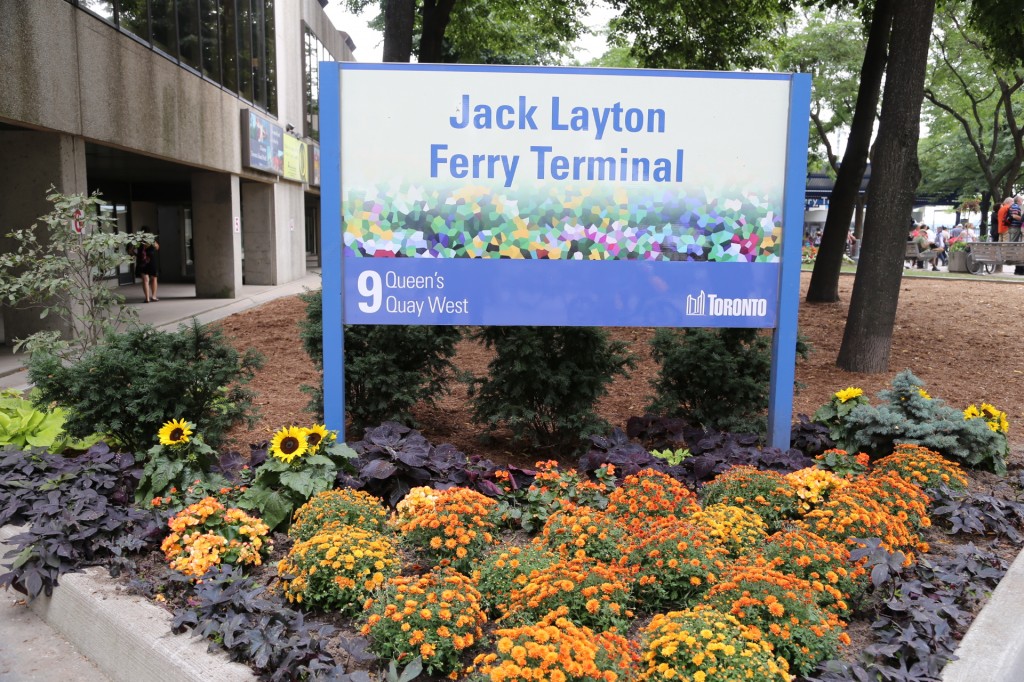 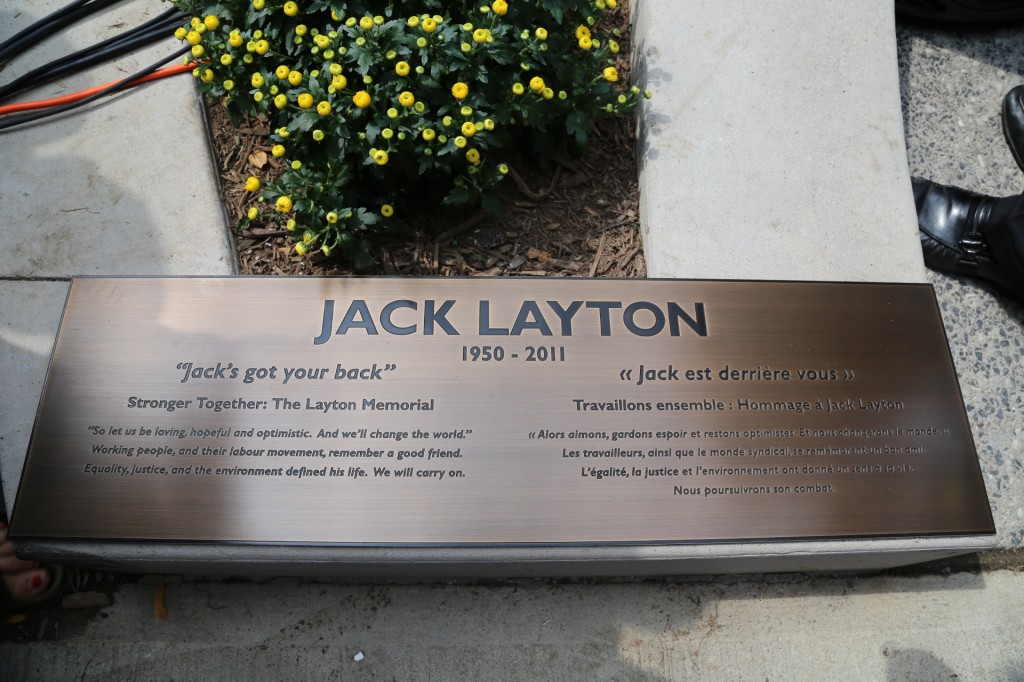 A video of the new Jack Layton Memorial, to be unveiled aug 22 11:45 am at Ferry Dock http://t.co/czsni5SaXO @RandyRisling Thank you.

Thinking of #JackLayton on second anniversary of his sad passing. A statue will be unveiled today in his honour: http://t.co/Pv4TPy3LNL #RIP

Check out the video from the Toronto Star about the making of the statue.
http://www.thestar.com/news/insight/2013/08/19/jack_layton_memorial_comes_to_life.html