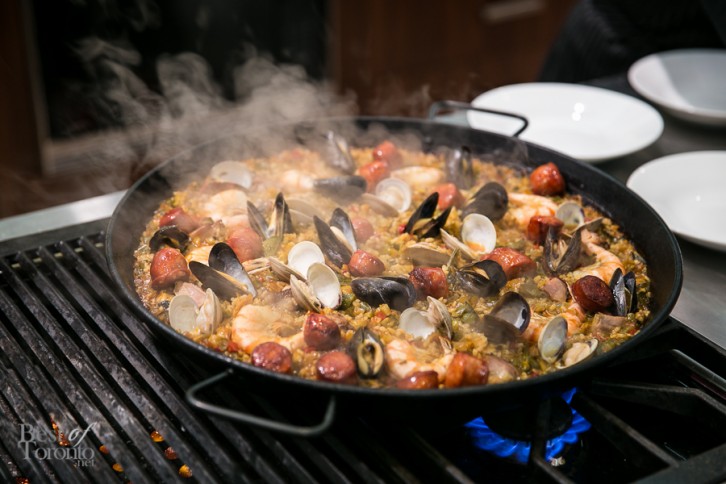 This Weekend’s Events: Food and Drink Festivals and more

Starting today it’s a busy weekend of fun, food and drinks with these festivals to help you celebrate summer in Toronto at it’s finest.

Taste of Danforth
A “Taste” of What to Expect at Taste of Danforth
1. Celebrity Stage: featuring everything from The Next Star’s Rebel Coast to the finalists of the Miss Asia Toronto pageant, from the cast of Spamalot to an Expendables 3 stunt show.
2. Danforth Showcase Stage: featuring an eclectic mix of Canadian and international talent
3. Astro Original Greek Yogurt Stage: featuring the world’s best Greek singers, dancers, and musicians
4. Sports Zone: featuring activations and challenges from Toronto’s professional sports teams
5. Toronto Star Kids’ Fun Zone: featuring activities, costumes, and photo opportunities for the upcoming Hollywood blockbusters Paddington and The Boxtrolls
6. Hollywood on the Danforth: featuring contests and experiences for the upcoming Hollywood blockbusters: Frank Miller’s Sin City: A Dame to Kill For, The Expendables 3, and Dr. Cabbie
7. Guinness World Records: Largest Tug of War – Most People to Perform a Long Jump – Chance to Meet Olympic Stars – Win a Trip to Olympia, Greece
8. Alexander Keith’s Beer Garden
9. Win the Trip of Your Dreams to Greece and Saint Lucia!

Check out the video teaser of Taste of the Danforth 2014

Absolut Vodka Makerfest
On August 9th at Toronto’s 99 Sudbury, join Absolut Vodka for their biggest party of the summer.

Come for the intersection of art + technology, stay for the complimentary cocktails and music from Q-Tip and Theophilus London.

No cover. Doors open at 9 pm. An RSVP on Facebook or email does not guarantee admission. Arrive early to avoid disappointment. #Makerfest
https://www.facebook.com/events/1498551450362628/

Did we miss something? Let us know!