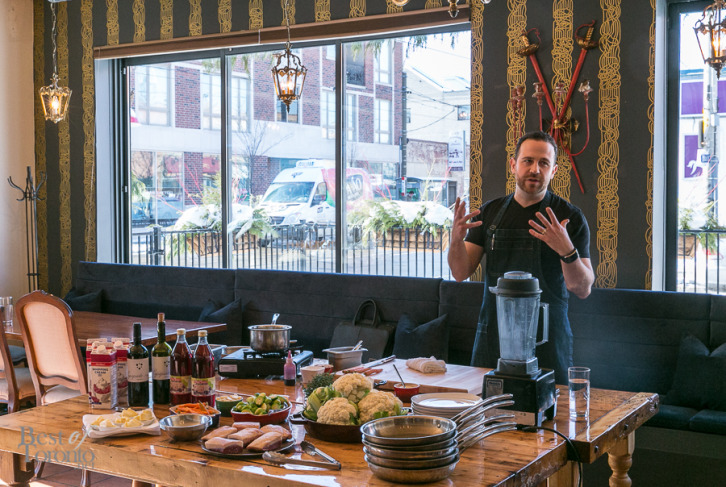 For something different, I was part of an interesting and intimate cooking meets wearable tech lunch event hosted by Samsung Canada on February 5, 2015. While we got briefed on the culinary session with Campagnolo’s owner, Chef Craig Harding, we tried the soon to be released, duo Samsung Galaxy Note Edge smartphone and also the Samsung Gear S wristband.

We were divided into teams of four and warmly greeted by Chef Harding as well as representatives from Samsung Canada.

Chef Harding talked about how he’s already been putting the Gear S through it’s paces while working in the Campagnolo kitchen.

He talked about how useful the Gear S is when his hands aren’t readily available to check phone notifications or take calls from his staff. You can take calls and have conversations completely from the Gear S without having to pull out your phone.

The Gear S is also dust and water resistant – how water resistant? Like its predecessors, it has a dust and waterproof chassis, with a rating of IP67. Samsung reps told us this means you can safely shower with it and even submerge it in water for a short period of time. And obviously cook with it.

So Chef Harding went through the steps to teach us how to make pan seared duck breast with fresh herbs and vegetables. I’m developing a huge appreciation for herbs in cooking lately and Harding says he loves using thyme, so he used it here with us in this session. He said he also swears by the Vitamix food processor and we used it to make a beautiful, creamy cauliflower puree.

Our team cooking it up: 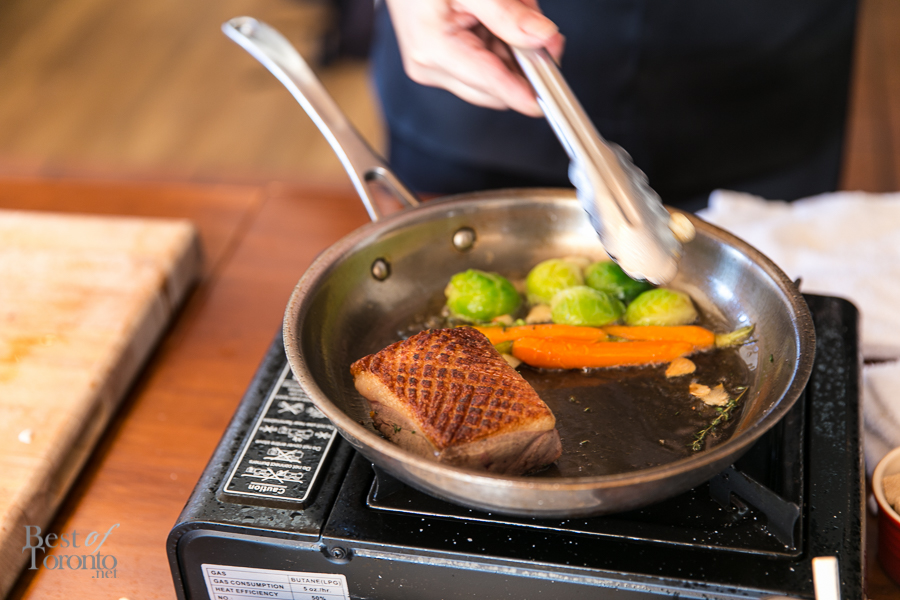 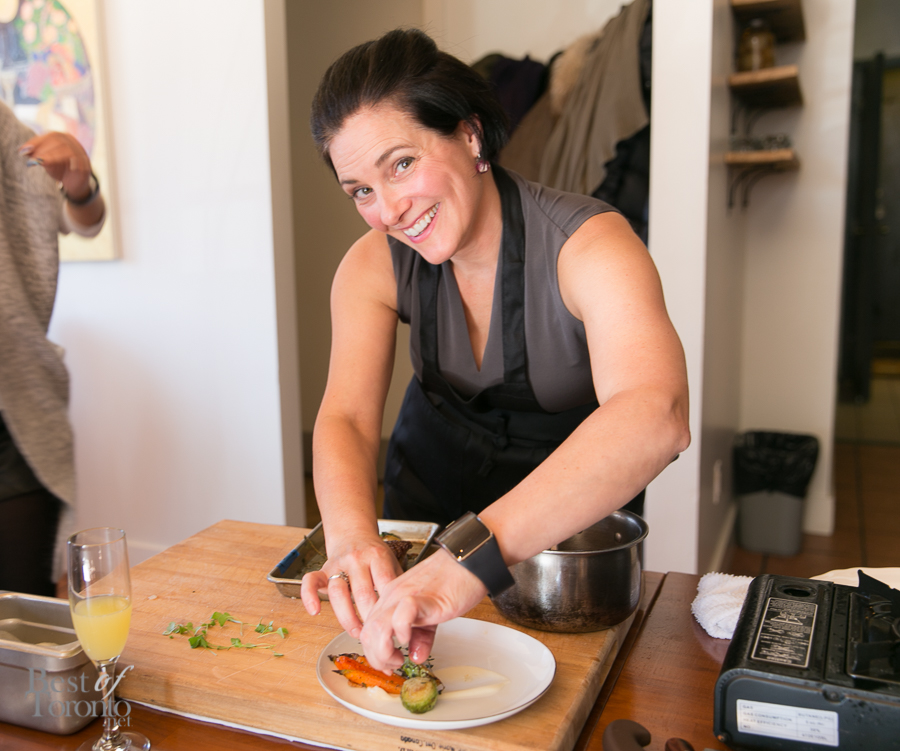 Our final result… beautifully done, Theresa and team! It was also delicious with the crispy duck skin – our team devoured it quickly. 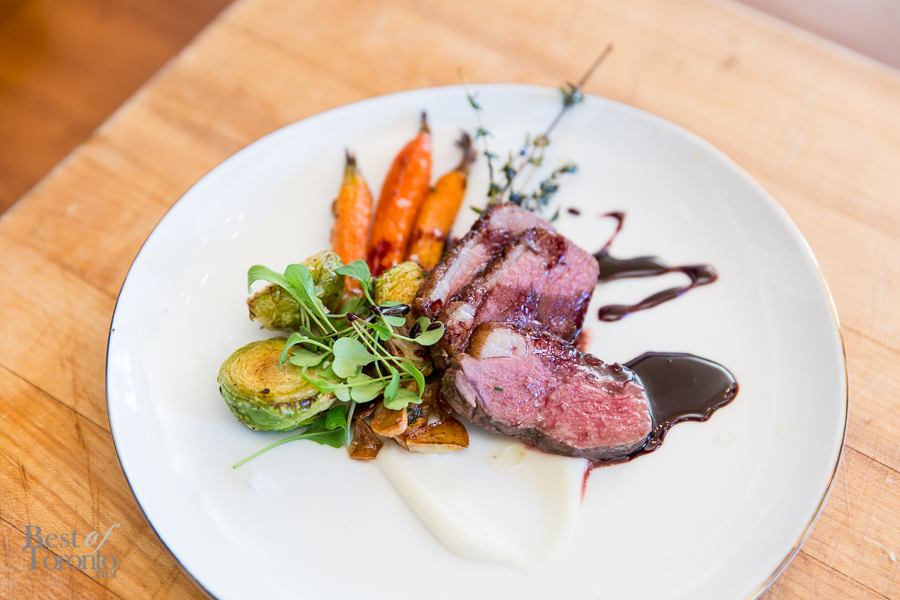 Our team’s final plating of the pan seared duck breast with cauliflower puree. Complete with our own twist of red wine reduction sauce for lactose-intolerant team members.

During the cooking session we were getting instant notifications and live pictures on our Gear S devices. Pretty great for busy people who must multi-task.

While I’ve never been to Campagnolo before, it was easy to see how much Craig enjoyed cooking and he was very friendly and approachable while showing us his talents. This humble Italian resto on Dundas West has racked up a few accolades including enRoute’s list of Canada’s Best New Restaurants in 2011. Craig Harding’s partner is HGTV’s Alexandra Hutchison.

ABOUT THE SAMSUNG GALAXY NOTE EDGE
If I had time I would tell you for lengths and never-ending details about how much I love this new highly-anticipated Samsung device. It’s pretty much going to be the Samsung flagship phone/phablet until the even more highly-anticipated Samsung Galaxy S6 comes out. So I’ll be brief and just talk about the new Edge.

It’s all about the Edge – this beautiful rounded edge screen feels great on the thumb with the smooth curved glass. It is quite customizable and completely independent from your main OLED screen, giving you new found flexibility that you didn’t know you needed. The more you try this, the more you appreciate the Edge.

So let’s say while you’re watching a video you can see notifications and even scroll through multiple Edge windows. It including shortcuts, weather, and even a mini memory game completely playable from the edge screen.

The Edge really gives the next generation of superphones … an edge over the competition. Sorry for the pun but it’s true. 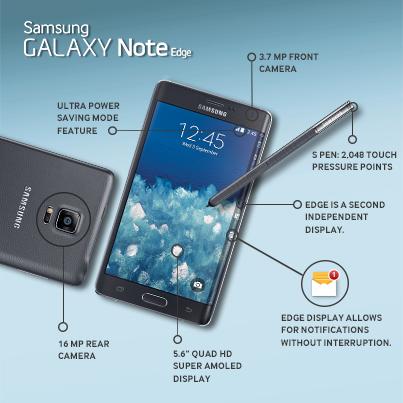 ABOUT THE GEAR S
I nervously experimented with the Gear S in the shower and was able to hear the music through speakers over the running water – although it does not replace dedicated shower speakers, of course. Having tried the Samsung Gear Fit, this thing is so much more with tons of features packed into this little device. Favourite new features: 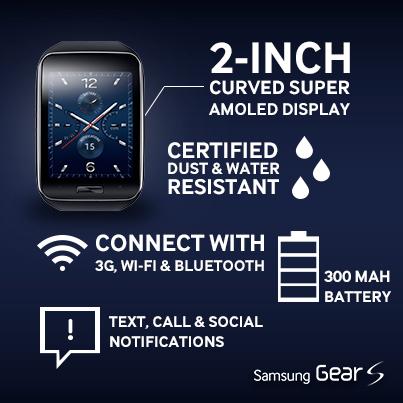 To learn more about the Samsung Gear S click here.

After spending a week with this power couple, I am in love! The Galaxy Note Edge is a bit big for my tastes but it is making me really crave the Edge on the smaller upcoming S6 Edge (news reports everywhere back up these rumours). I can’t wait! 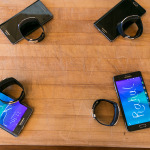 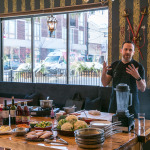 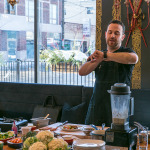 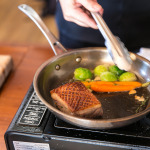 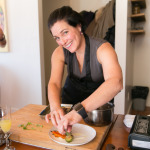 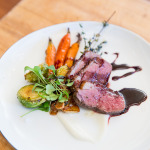 Our team’s final plating of the pan seared duck breast with cauliflower puree. Complete with our own twist of red wine reduction sauce for lactose-intolerant team members. 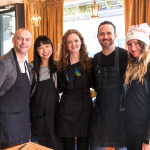 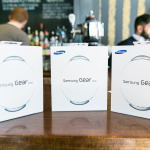