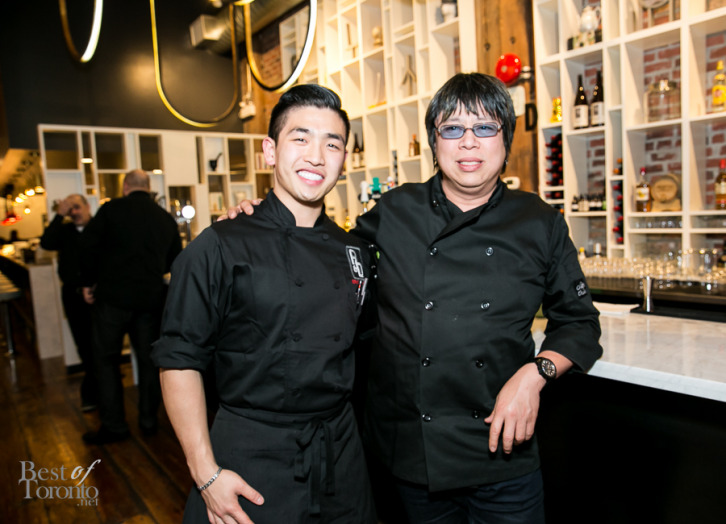 Now open, here’s your chance to dine at an upscale restaurant created in partnership by 3 Michelin-star chef, Alvin Leung, and a chef who rose to fame by winning MasterChef Canada Season 1, Eric Chong.

Occupying the former site of Strada 241, at the edge of Chinatown (241 Spadina Avenue), the space is now transformed with modern and Asian flare. A stylish bar immediately welcomes you with ornaments hanging from the ultra high ceiling. Looking at the drink menu, it’s full of funny clichés but one in particular was of interest, Pina Colada Bubble Tea. How amusing! The bubble tea was a pleasant balance of flavours of alcoholic pina colada and bubble tea complete with tapioca – a devilishly cheeky drink. 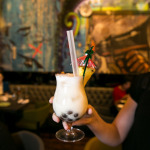 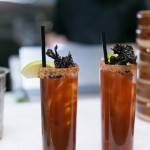 With the bar as my aperitif, I make my way to the soul of the restaurant; an open kitchen plays centre stage to warm coloured and comfortable seating in the dining area. Tall colourful wall murals inspired by Asian street art bring edgy and playful visuals to the fold brightened by modern lighting fixtures. 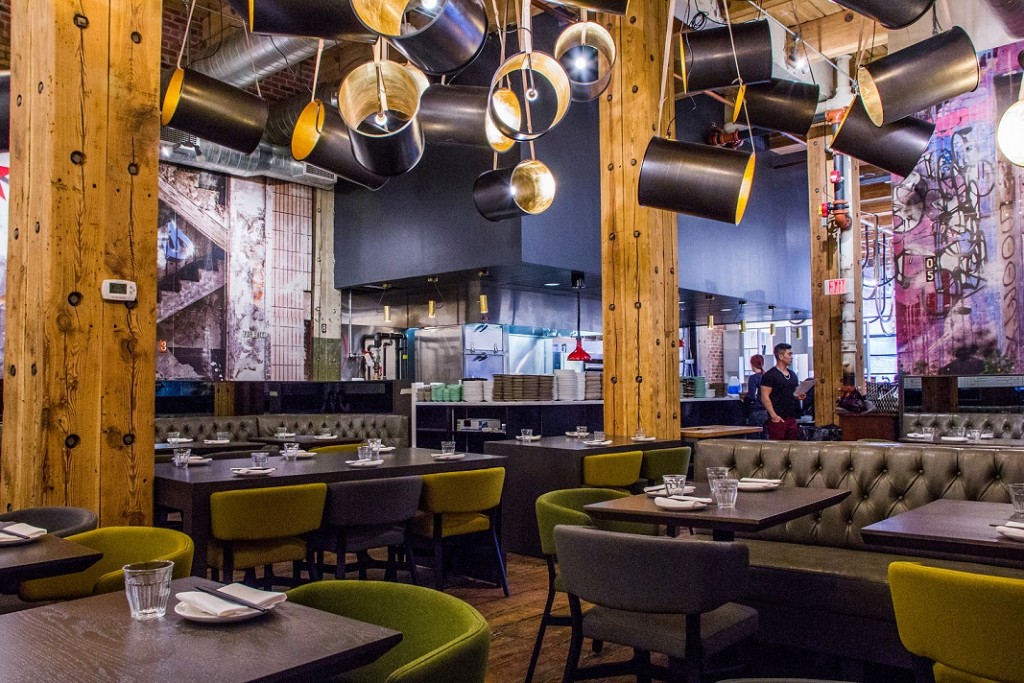 The dining room of R&D. Image by Cindy La

With chef Alvin Leung at the helm on preview night, I heard his characteristically sharp orders of execution, ensuring every dish is to his liking. Fast, precise and professional, one by one the dishes were assembled to his high standards. Alvin Leung is known for his 3 Michelin-star restaurant in Hong Kong, Bo Innovations, and as a judge on MasterChef Canada. He is also the only 3 Michelin-star chef with Canadian ties. He grew up in Scarborough and studied engineering science at the University of Toronto.

It’s also Chef Eric Chong’s debut on the restaurant scene after his win on season 1 of MasterChef Canada. Interestingly, he shares a few things in common with chef Alvin Leung. Both are self-taught chefs, former engineers and both grew up in Ontario. He is the youngest ever to win MasterChef at age 21. No doubt, Eric has great potential, which could be why chef Alvin Leung brought forward the idea for this collaboration.

To complete the team, they have Nelson Tsai who is the chef de cuisine, whose experience extends from Trump Toronto to Auberge du Pommier.

The food is a reflection of their shared heritage, personalities and their approach to food, drawing from their Hong Kong and Malaysian backgrounds. So with Asian sensibilities in mind, the dishes created were balanced and thoughtful. Each dish was indeed a modern sharing plate of harmony.

Here are some of the dishes served that night which we had a chance to try:

Cooked to perfection, moist on the inside, slightly charred with flavour, chimichurri for increased complexity that works so well.

Beef Tongue
Oysters, Sichuan green sauce, bread & butter pickles
Didn’t even know it was beef tongue at first. The beef tongue is harmonized by the sauce and pickles to create a unique taste. 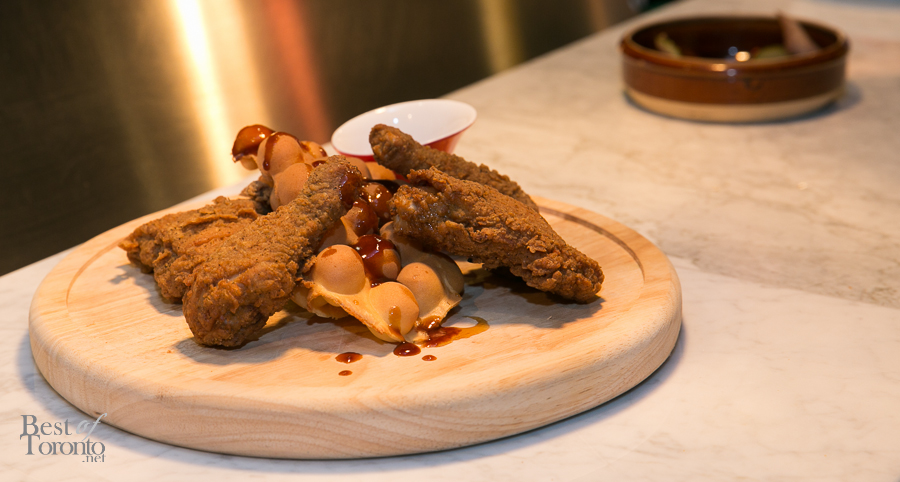 There were a few dishes we didn’t have an opportunity to try, in particular the 72HR Peking Duck! 72 hours are necessary to prepare this dish from start to finish. I will have to return again to try out this dish.

In the end, needless to say, the R&D experience satisfied all my senses and I’m looking forward to a return visit.

R&D is located at 241 Spadina Avenue. 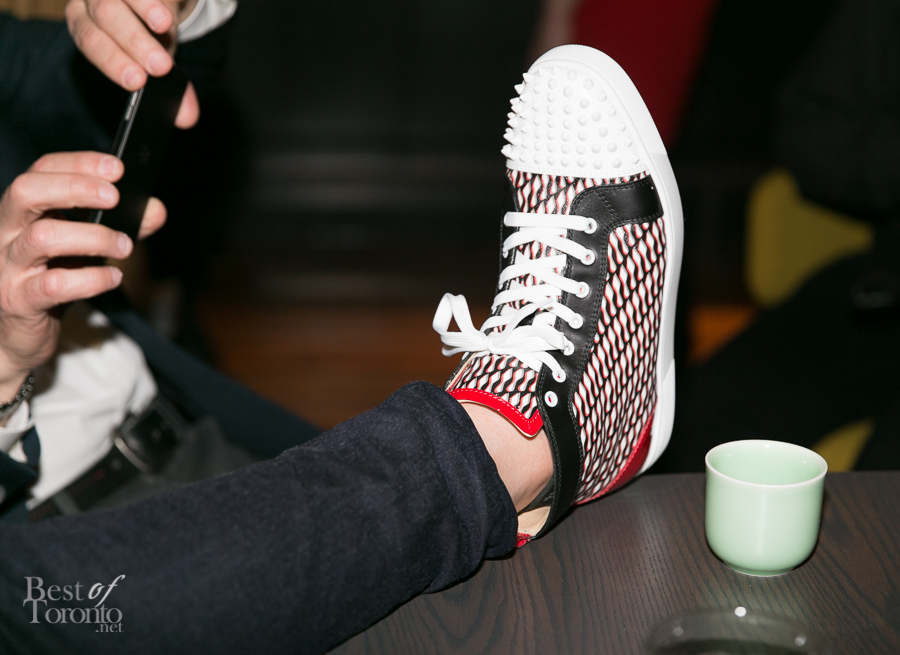 @WOK_Lobster congrats from all of us in Chemical Engineering at McMaster. So many skills and concepts from #ChemEng go to making great food. 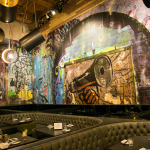 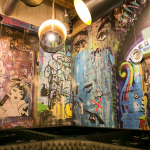 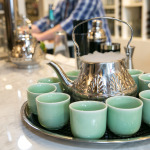 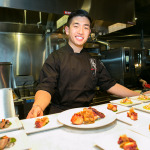 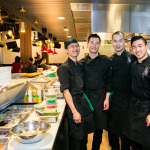 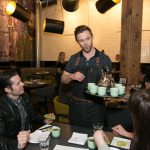 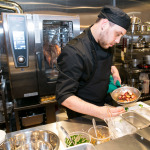 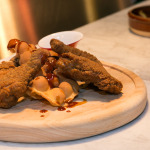 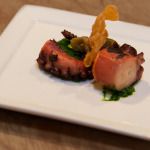 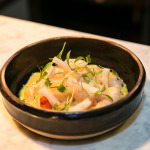 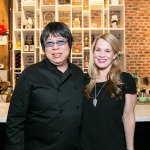 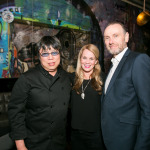 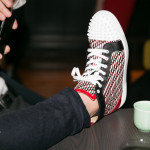