At the Bonham Centre Awards Gala 2015: An interview with Mark Tewksbury

After the Awards Gala, we caught up with Mark Tewksbury for an interview. In addition to being an Olympic Gold medal swimmer and Chef de Mission of the 2012 Olympics, Mark Tewksbury is also an author and motivational speaker.

Check out what Mark had to say about coming out as an Olympic athlete, the Pan-Am games and the study of sexual diversity. 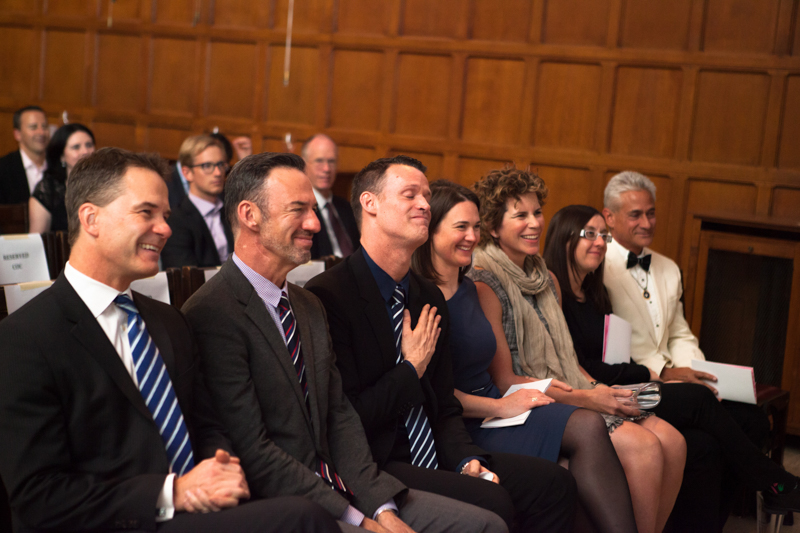 As an Olympic medalist and Global Leader of LGBT sport issues how important is it to be a mentor for young members of the community? Who did you look up to growing up?
It has meant a lot to me to become a mentor to the athletes coming out and up through the sport system today. I have always had people I have admired from different walks of life – from athletes, to politicians, world leaders, etc. And my family has always been important to me.

You came out at a time when it was discouraged by the IOC and subsequently lost endorsement deals – how has this climate changed since the early 90’s?
In December of 2014, the IOC showed some moral leadership (finally) and changed the Olympic Charter to include ‘sexual orientation’ in the non-discrimination language of Principle 6. The athletes’ commission deserves a lot of credit for championing this to the leaders of the International Olympic Committee.

Do you feel there are advantages (or that it’s “easier”) for individual athletes as opposed to those playing team sports when it comes to publicly speaking out about being LGBT ?
I think everyone has a different situation. With a team behind you, I could imagine it could be a very positive experience if the environment was right. As an individual athlete you may not seem to have as much to lose in terms of worrying about the reactions of your team, but most individual athletes are part of a larger system (clubs, leagues etc) that still must be navigated when coming out.

Being named Chef de mission of the 2012 Olympics was obviously a huge moment – but how much further do we have to go for sexual diversity in sports?
Leading by example was pretty significant in this case. The Canadian Olympic Committee made me Chef de mission of the 2012 Canadian team as an openly gay man. On one hand it was no big deal, on the other the symbolism and visibility was huge. The Canadian Olympic Committee also changed its charter to include ‘sexual orientation’, created an educational school program (#Oneteam – with Egale and You Can Play), and is now working with the University of Toronto’s Bonham Centre for Sexual Diversity Studies in creating a credited course to study these issues further. A long way to go, but major and concrete changes are happening.

Toronto is soon to be on a global platform for sports with the upcoming Pan-am games – how can we ensure this occasion is celebratory and inclusive for all involved?
Go hang-out at TO2015 Pridehouse!!!

How important is the study of sexual diversity to you? How do you feel about recent curriculum changes?
When talking about our community there is so many people to include. Most of us might know the L or G in LGBT (iQSS – etc!), but can learn so much more about others. This course will facilitate that important discussion.

What was your first thought upon hearing you’d be receiving one of tonight’s Bonham Awards as a notable Olympian?
What a huge honour! And with Greg Louganis and Marnie McBean! Amazing!!!!

Photos by Stephanie Coffey for the Bonham Centre Awards Gala 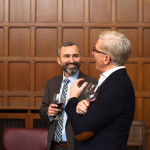 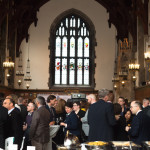 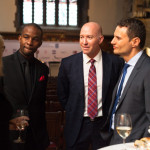 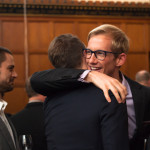 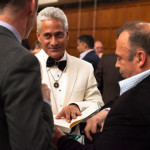 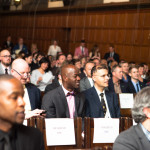 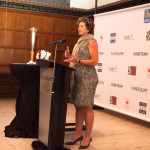 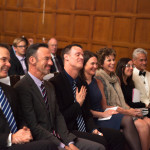 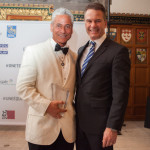 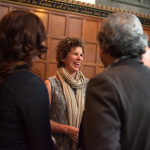 Also check out our coverage of the Bonham Centre Awards Gala 2014.

Panorama Revised: The One Eighty on the 51st Floor
Za Pizzeria is a new gourmet pizza destination in the Annex