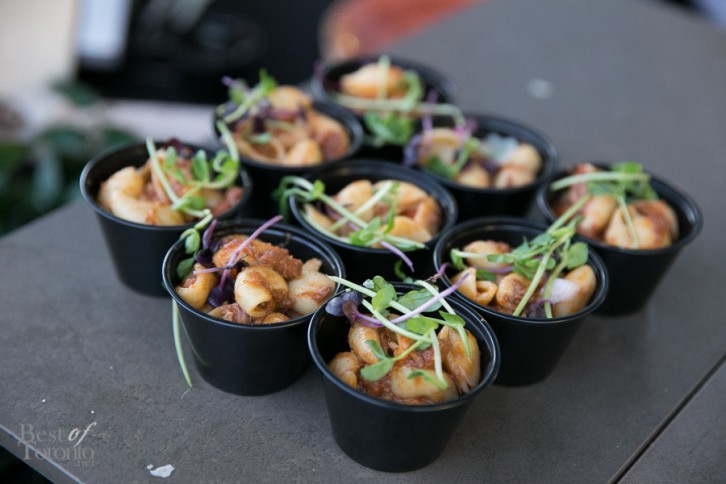 Upcoming: The 25th anniversary of Toronto Taste for Second Harvest

One of the very best annual food events in Toronto that you can’t miss is coming up next week! Taking place at the bright and scenic Corus Quay lakeside venue, Toronto Taste 2015 is the one event you need to splurge on with over 50 gourmet food and beverage stations giving you their very best creations all in support of Second Harvest. In fact, it’s the 25th anniversary of Toronto Taste.

Check out the amazing lineup and get your tickets. Even Chef Michael Smith will be there!

1,500 food lovers will have a chance to indulge and at the same give back to communities through the Second Harvest food rescue programs. It’s probably one of the best ways to spend a Sunday this coming June 7th, 2015.

There’s too many highlights to list but be sure to check out stations from amazing local restaurants such as Richmond Station, Drake One Fifty, Mildred’s Temple Kitchen, Maple Leaf Tavern, Buca, The Chase, Linda Modern Thai, and even newcomers such as Boralia restaurant.

“Toronto Taste is the most important event of the year in this city,” says Toronto’s own celebrity chef Mark McEwan.

Check out the scene from last year’s Toronto Taste 2014, so be sure to get your tickets and join in!

For more info including the amazing lineup and tickets visit www.torontotaste.ca.

Tickets are $250 and are, of course, eligible for a CRA charitable tax receipt for $125. What a great deal!

Funds raised support Second Harvest trucks and the distribution of food to social service agencies and those most in need in our local Toronto communities. Since 1985, Second Harvest has rescued and delivered 100 million pounds of good food with the vision of “No Waste. No Hunger.”

Watch the recap video of Toronto Taste 2014 and also check out our photos.