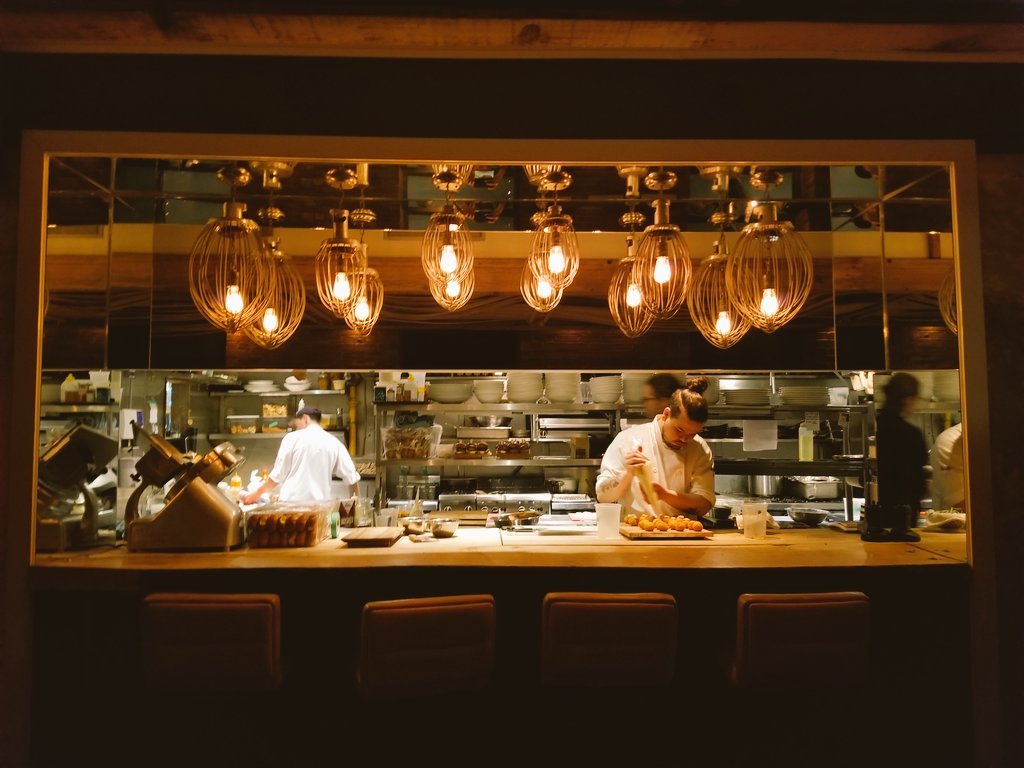 The fact that Marben just tuned 10 makes those of us who remember the day it opened feel really old – but it also offers a dose of warm, fuzzy nostalgia as we reflect on our “wilder” nights spent there.

In a rare achievement in Toronto’s hot restaurant scene, the Wellington St. hotspot has stayed relevant over the past decade, understanding exactly when to conceptually evolve.

When Marben opened its doors in 2007, it was a quick go-to party place for Toronto’s 20 and 30-something set of movers and shakers and those who were on their way to becoming so. It was the spot to be on a Saturday night for its well-heeled clientele with dollars to drop and steam to blow off.

As both the clientele and owner Simon Benstead matured in age, Marben began to cater to a clientele that craved a more grown-up dining experience, introducing ingredient-driven menus and redesigning in the process. Now, Marben has found its place as a comfortable yet sophisticated Toronto-inspired gastropub and refined watering hole – a solid spot for both dates and nights out with the guys and ladies. Things like its family-style menu option also make it a birthday dinner staple. Marben’s underground cocktail bar, The Cloak Bar – a nondescript, dimly lit spot on the building’s lower level – marks its first anniversary on May 18.

“Marben has always been about offering a warm ambiance, honest and well executed food and drink paired with thoughtfully curated music. Our journey to becoming a gastro pub was driven by my British roots, but steeped in the global flavours that highlight the diversity of our city,” said Benstead.

What have remained constant are its bespoke cocktails, always-reliable menu, its welcoming warm interiors and its distinctly sexy weekend vibe that invites conversation among strangers (and mild headaches the next morning). Menu favourites include appetizers like Fried Cauliflower, Ontario Burrata and Steak Tartare, and mains like the tender Georgian Bay Whitefish, the diet breaking-worthy Johns Burger and the Wild Mushroom Risotto.

Another constant is the warm, homey and inviting atmosphere offered for the mixed bag of guests that grace its doors. This welcoming vibe was heavily influenced by Benstead’s late mother. “My mother was one of those people whose genuine passion for hosting family and friends made everyone feel welcomed,” said Benstead. “Throughout the last decade of Marben, I’ve carried that with me, and made sure that each and every guest we’ve hosted at the restaurant felt at home.”

To celebrate its 10-year birthday, now until May 21, Marben will feature food and drink specials, including a special Mother’s Day brunch. Highlights include a throwback offer for anyone who shows proof of a past visit, a bottomless mimosa brunch, the return of the sausage league with guest chef Jesse Valins competing against Team Marben and a Mother’s Day brunch, featuring a menu inspired by Benstead’s mother.

At AGO Massive 2017 "Machine Age"
Kiin Opens on Adelaide West