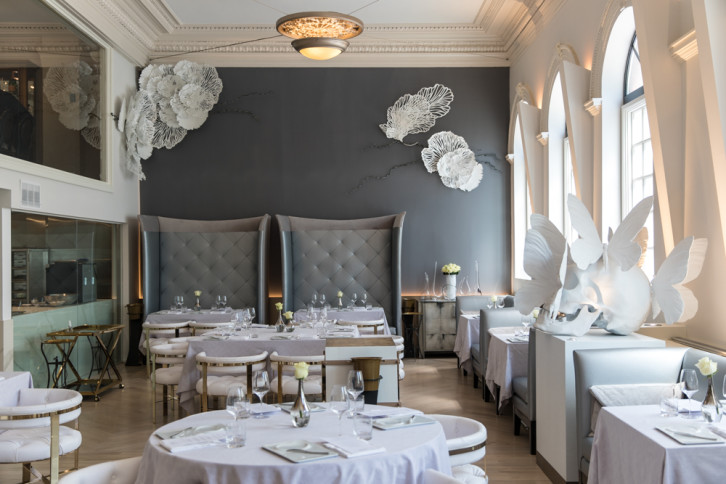 The first North American location of Don Alfonso 1890 opened a few months ago and is already recognized as the “Best New Italian Restaurant in the World 2018”. Nick Di Donato from the Liberty Group and Michelin Star Chef Ernesto Iaccarino announced the exciting news of the Three-Fork designation from the prestigious Gamberro Rosso – the Italian equivalent of the Michelin Star.

As nostalgic as it was to see Rosewater go, the new Don Alfonso is impressive. They reinvented the décor of this historical building, and brought an exceptional level of service and modern touch. Nadia Di Donato brought a different style to the space to complement the cuisine, with its crisp white marble stonework, mosaic tiles, gold accent finishing. As for the menu, it is a beautiful balance of classical cuisine and great quality food, along with Chef Ernesto’s inventiveness and Mediterranean flare. 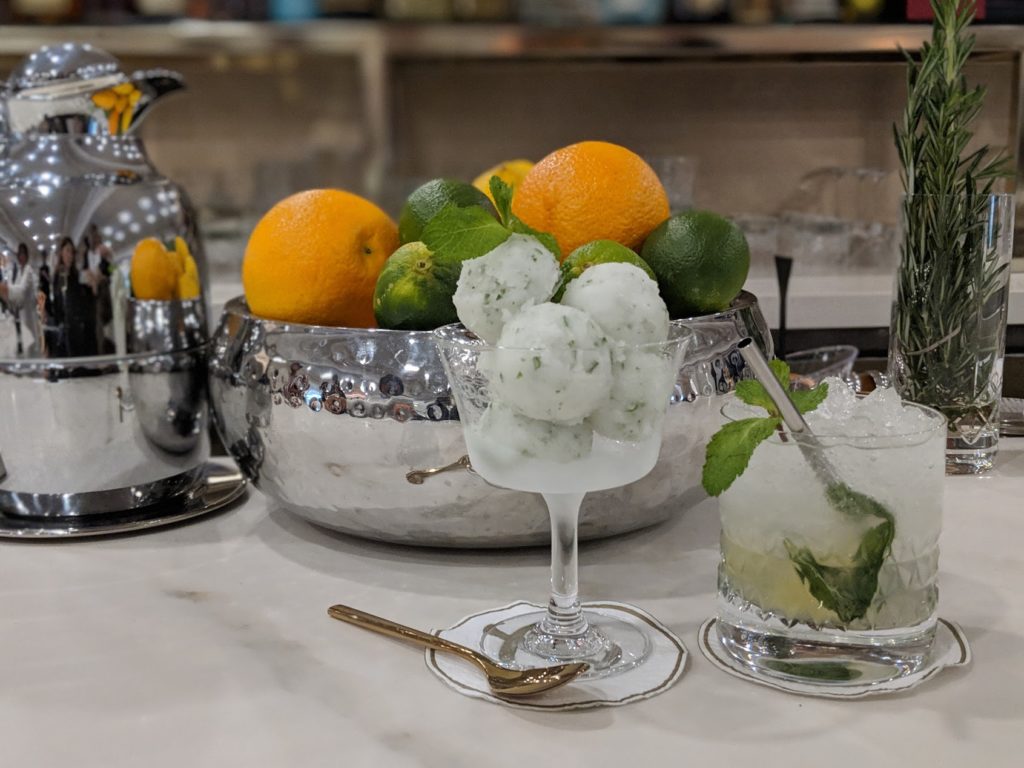 Don Alfonso cocktails – the molecular and the traditional mojito

To start off the announcement today, Don Alfonso 1890 showcased their traditional and molecular cocktail demonstration version of the mojito. The restaurant brings creativity into the classical cocktail to make it memorable and artistic as the cuisine is. 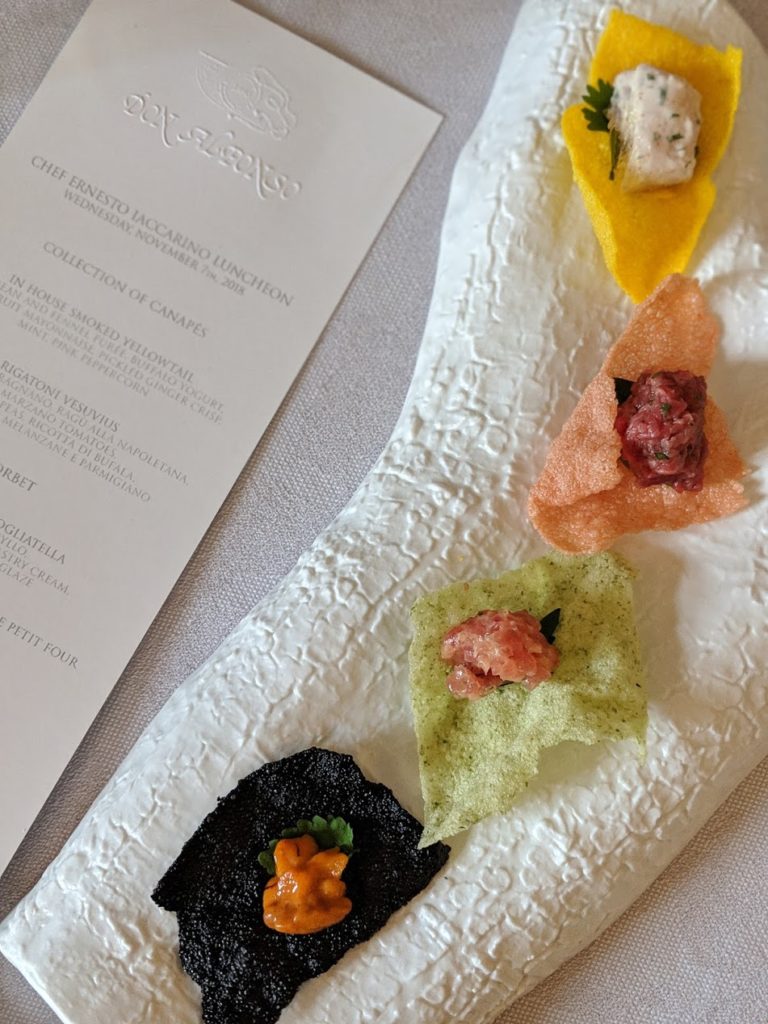 The meal starts off with a collection of rainbow-coloured canapés: sea urchin on squid ink crisp, tuna tartare on parsnip crisp, bison tartare on chili crisp, and yellow tail on turmeric crisp. The presentation was sublime. 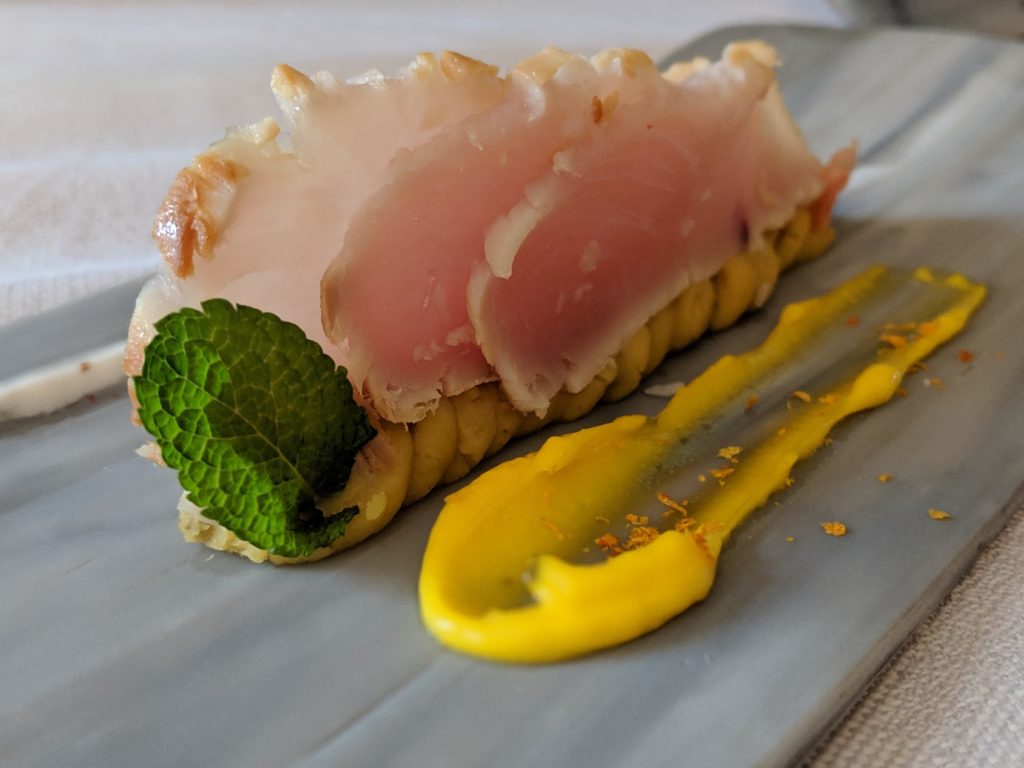 It was followed with a dish that evoked the Mediterranean, the in-house smoked yellowtail, topped onto a fava bean and fennel purée, complemented with buffalo yogurt, grapefruit mayonnaise, and topped with pickled ginger crisp, mint and pink peppercorn.

The next dish was the Rigatoni Vesuvius, a very enjoyable and lovely dish that was shaped like a volcano. The dish was covered with red, green and white sauce, similar to lava and plated over a black plate resembling volcanic ash. 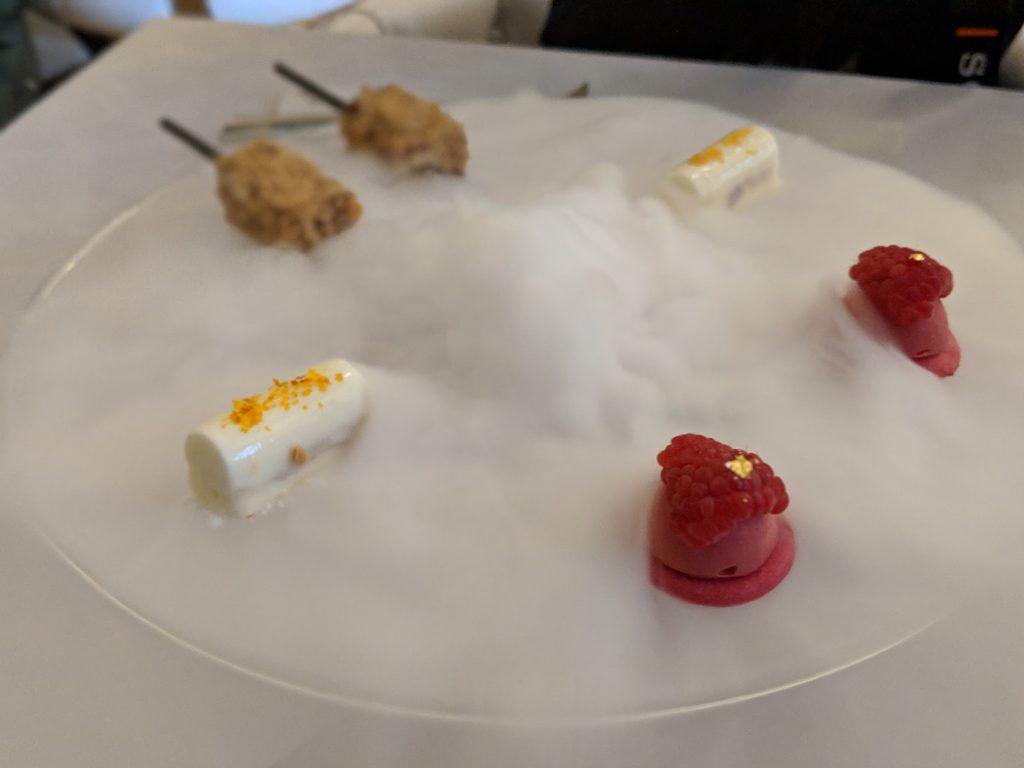 My favourite was the Neapolitan Sfogliatella, with its layers of crispy phyllo, cinnamon-infused pastry cream, and topped with amarena cherry glaze. But, even more interesting to look at, the chef selection of house made petit four. A lovely selection that arrives on a clear plate bubbling with dry ice.