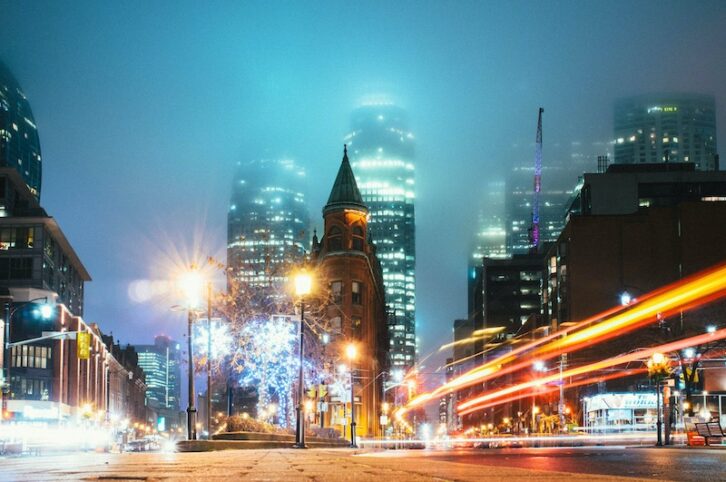 Toronto’s Tech Ecosystem is Preparing for a Boom

Toronto has always represented a veritable hive of activity. Its unique position in the world of commerce is routinely attributed to many factors, from its multiculturalism to the emphasis many of its key players have come to place on cutting-edge research, and together they have come to create a city which features high on the list of expert talent from across the globe.

For the past year or so, it has been growing increasingly clear that Toronto has been brought rapidly to the very forefront of the tech industry, with global players finding their home within the city and, as a result, opening up new avenues for talent to descend on the city further, and continue on the legacy it had already begun to forge for itself.

Now, however, it is clear that the city remains primed and ready for further growth – and as though the 2020s will spell a protracted period of change, positive upheaval, and technological development for Toronto. Read more below.

It Offers a Thriving Hub for Game Development

At this point in time, there exists an incredibly long list of game developers working in Toronto. From big, household names like Zynga, Ubisoft, Rockstar and StudioMDHR to indie projects like Laundry Bear Games and Clapfoot Games, the city represents a hive for creatives of all interests.

For the players themselves, the impact of this growing playing field has meant that the parameters are forever widening. Titles and sites that have proven immensely popular in other regions have found a significant player base in Toronto, and the rest of the country at large. For instance, the massively popular playing site GGPoker.com only opened its doors to Canadian players relatively recently, and already it has made waves within this userbase, and grown to be one of the highest-traffic destinations online today.

We are all by now aware that recent years have brought remarkable progress to the global gaming industry, with interest and revenues sky high, and a huge boost of potential for developers in the form of improved hardware. This growth has brought a wealth of new opportunities to locations across the globe, and there are few examples better than Toronto.

It is Ready for Silicon Valley’s Arrivals

It has been common knowledge – at least within tech circles – that Silicon Valley may well have moved beyond its peak, and that many companies are now looking beyond its sun-soaked hills to other areas of the world where development and innovation are better served.

In a recent article penned by Yung Wu, CEO of MaRS Discovery District in Toronto, he explains why those companies who were once thriving within California would be far better served by a chance of pace, such as the one offered by Toronto. The city’s unique ecosystem is, he argues, precisely what the tech sector needs in order to launch itself into a new age, rather than stagnating within old ways, and old problems.

The Start-Up Ecosystem Represents a Cornerstone of the Tech Industry

It is, of course, very easy to measure the value of a tech ecosystem by its key players. A heavy presence from the globe’s indomitable giants, like Google, Apple and Amazon, will naturally serve to propel any location into the public eye, and ensure a much greater sway within the global tech industry.

There is, however, a great deal to be said for the health of any country or city’s start-up ecosystem, and its ability to bring forward an entire industry if given the space and support it needs to prosper.

Now, at this point in time, Toronto’s start-up ecosystem is currently ranked number one within the country, and Canada itself falls in at number 24 in the world.

What this means is that new worldviews and new ideas are being pushed to the fore with the same enthusiasm Toronto is able to lend to its key players – and the output is better for it.

Is Las Vegas Really Worth The Trip?
Gaming Industry is Growing in Canada