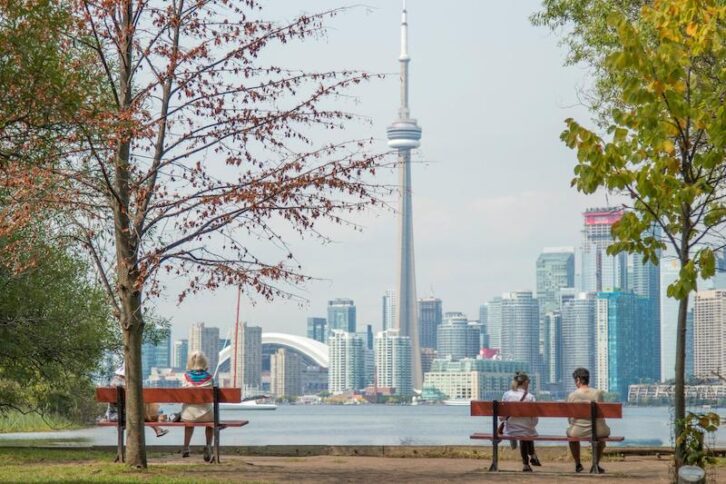 Discover Toronto history, art and culture with this local website

Having transformed from the main trading port of Canada in the 1800s to Canada’s major metropolitan centre, Toronto is one of the most historically rich cities in Canada. With its abundant history, comes a never ending supply of cultural and historic sites, museums and buildings to visit, all with a unique contribution to the city as we know it today. In addition, Toronto has a bustling arts culture, with everything from world renowned fine arts museums to internationally touring live musicians. This guide will lead you to the best historical, artistic and musical attractions in Toronto.

Start from the beginning and discover the city through its past, by reading these 3 comprehensive and insightful articles into Toronto’s history.

For decades, the graffiti scene has been thriving in Toronto, adorning the alleyway brick walls and the subway station surfaces with street art of all forms, from tagging to intricately designed murals. Today, in the digital age, the mysterious culture of graffiti is seemingly withering away, and transitioning into a culture motivated more so by public recognition and commission, as opposed to the very act of making art that livens the city. Click here to read more about the evolution of graffiti in Toronto.

Josia Henson, a Black man born into the slave trade in Maryland in 1789, sought freedom in 1830, and made his way up north to Canada, where he settled in the small town of Dresdan, just outside of Toronto. The trailblazer later took on the courageous act of traveling back to the south to rescue other enslaved people, and brought them back to Dresden. Here, he went on to found the British-American Institute of Science And Industry, a technical school aimed to teach former slaves real-life skills necessary to build a life for themselves as independent and free people. Click here to read more about the remarkable story of Josiah Henson.

The architectural diversity of Toronto can be seen just during a day trip through the city. Its rich history provides a collage of different styles ranging from Georgian to Victorian in the residential sectors, to lofty sky scrapers and grand gothic establishments in the governmental and financial sectors. Click here to read more about the history of architecture in Toronto.

Visit the Toronto Guardian website to find out more about old Toronto.

Marco Bertuzzo is a Toronto based artist who draws inspiration for his colourful and narrative-driven work from the European influences of his youth. As a child Marco spent summers in Europe, where he was drawn to the allegorical art of the Italian Renaissance. Today he continues to revisit this early inspiration as it resonates through his current work. Marco engages with a variety of media, including watercolour, enamel paints on transparencies, community projects, as well as his most recent interest in digital art, and he continues to pursue his creative practice in new and inspiring ways.

As an artist today, Megan McCabe’s work strongly reflects her personality. Her paintings feature enigmatic, often faceless figures that echo feelings of both mystery and familiarity simultaneously. In a premeditated attempt to challenge her audience to create their own narrative, she strategically omits certain details, encouraging viewers to search for themselves and their experiences in her figures and scenes.

In 1922, the Art Gallery of Toronto (now the Art Gallery of Ontario since 1966) held a memorial exhibit for Mary Hiester Reid. Both she and another female artist, Helen McNicoll, worked to fight the social norms of their time, which actively reinforced womens’ role of staying home and tending to their children. Due to this, opportunities for female artists were few as most women were not allowed to pursue studies of fine art. Although these two female artists may have fallen into obscurity for a period of time after their deaths, they still remain trail blazers in the female artist community, and helped to pave the way for other women artists of subsequent generations. Click here to read more about Mary Hiester Reid and Heather McNicoll.

Tarek Jafar and Justin Tessier form the Toronto duo known as The Blue Stones, and have always been certain about their passion for making music together. Since their original partnership, the pair has been writing songs and finally released their debut album Black Holes in 2018. As confident and self-assured as they are, their record was very much about the pair finding themselves, both musically and existentially, and deciding to pursue their aspirations in rock’n’roll by diving into the black hole of a musical career as opposed to a traditional, more ordinary life-path.

Matt Von is a singer, songwriter and guitarist from Toronto. He released his first debut EP titled New Day in 2017, and has since been working on remaking and reintroducing his sound to the world. Music has played an important role in Matt’s life ever since he was a little boy. Guitar was the first instrument that he learned, and in tandem he developed a passion for singing, shaping him into the dynamic musician he is today. Matt has collaborated alongside his sister Sarah Jordan, and they developed a brother/sister duo called Sarah Jordan and Matt Von. Together, they have released 3 singles since March of 2019.

Michael Menegon, originally born in Montreal, is Toronto-based singer and songwriter. In 2017, he released his debut album, entitled I Just Live Here. Currently, when he is not writing or recording, Menegon works with his partner in their shop in west Toronto (COCO Crafted Organic Chocolates) and plays percussion for dance classes at School of the Toronto Dance Theatre. From 1987 to 2006 he was also the co-founder and artistic director for Toronto’s fringe Festival of Independent Dance Artists (fFIDA) and executive artistic director for the Junction Arts Festival from 2007 to 2009.