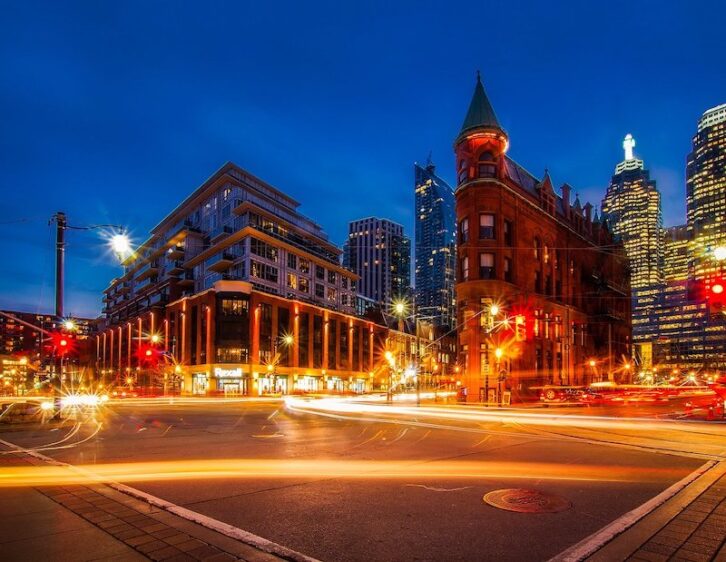 How is 5G Performing in Toronto?

How is Toronto handling the switch to next-gen wireless networks? Read on to find out.

With a stubborn and urgent push from mobile providers, 5G seems to be slowly making its way around the world. One of the earliest cities to get it was our very own Toronto. But how has it been doing? Is there a noticeable difference? And what will it mean for consumers? Keep reading to find out.

“5G is the way forward”, “5G is so much faster”, “5G won’t slowly kill you, conspirators”: Talk about how good the next generation of wireless data is coming from all around us, mainly coming from suppliers trying to get their customers on board. But unless you’ve really looked into it, chances are you just know it’s wireless data a cut above current 4G.

5G offers faster downloads, often 10x faster, lower latency, and better performance, so, you can browse the best casinos at onlinecasinolist.com without the chance of buffering. You should be able to phone, video call, game, stream, transfer data and anything else you need a wireless connection to do, without the fear of being interrupted by a buffer wheel.

Mobile providers’ shiny new 5G channels will allow mobile networks to handle more people on unlimited data plans without its performance suffering. There’s nothing more infuriating than being in the middle of a conversation, either on video or voice call, and having your phone lagging. The spinning wheel of doom is first on everyone’s revenge list.

There have been arguments that 5G will be a vital component in an increasingly remote working environment, with smart city elements like contactless payment and security relying on wireless data to operate. Having it all working faster will be welcome to the citizens of any city.

In June 2020, Telus was the first company to start rolling out the 5G network in Vancouver, Montreal, Calgary, Edmonton, and Toronto, with a few additional cities thereafter. Meanwhile, Rogers Communications is covering areas in Vancouver, Toronto, Ottawa, and Montreal in 2020. Other providers now include Bell and Videotron.

A year later, how does it hold up?

How does it work?

The 5G has a lot to speak for, especially when considering the vast landmass of Canada and a population in the millions who will need signal while cell towers are being upgraded.

It has three frequency ranges: low band, mid band and high band operating between 600-700 Mhz, 2.5-3.7 Ghz and 25-39 Ghz respectively. The low band has a greater range and will be useful for large coverage in less populated areas. Mid band is what is currently being used for 5G across Canada and is implemented with the upgrade of a tower. High band frequencies enable faster data transfers and low latency connections. But Canadians will have to wait until 2022 to access it.

The Canadian idea of 5G will differ a little from the American Verizon’s “ultra wideband”. Canada never auctioned off the millimeter wave; Canadian carriers have installed 5G on channels that would have previously or otherwise been used for 4G.

Over the next year, 5G will spread over the country, getting broader and better over time. Carriers will extend their coverage beyond the current limited areas and will explode in 2022, when the government will auction a lot of clear airwaves around 3.5GHx for 5G.

Does it work well?

Performance is in the eye of the beholder, but research is showing that 5G in Montreal was offering the same or better speeds while using less data, meaning that more people can use the network at the same time. In turn, this will mean less blocked connections and more affordable unlimited plans.

5G will use carriers’ airwaves more efficiently, aiming to be more consistent. One reviewer noted higher or the same speeds while using 10MHz less spectrum around Montreal, indicating an improvement in efficiency.

Despite an initial buzz of excitement in 2020, it seems some Toronto citizens aren’t impressed, with @nicksewell saying: “I have had 5G turned off on my 12 Pro Max since I got it. Periodically I’ll flip it on and run a Speed Test to check coverage, but 5G remains laughably bad here in Toronto.”

@_pilot_pirx said: “I’ve had a 5G capable phone since October 2020. I have yet to connect to a 5G network anywhere in Toronto. But all of the big telecoms keep telling me how great their 5G networks are.”

However, any citizens that are in fact enjoying their 5G experience aren’t about to complain about it on the internet.