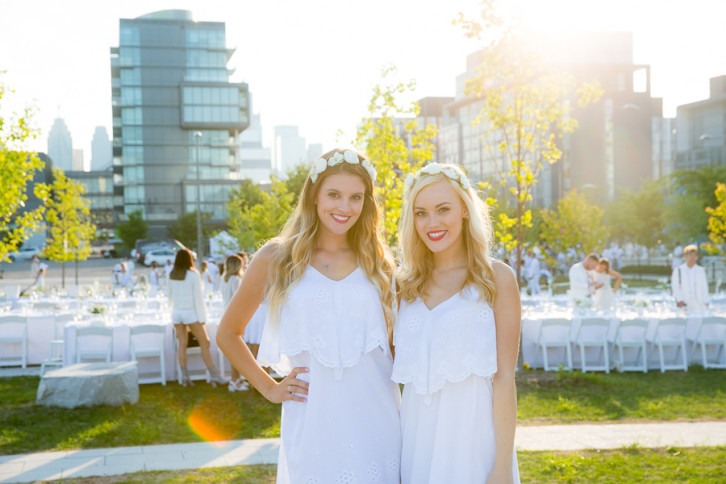 Diner en Blanc, a mysterious and chic pop-up dining event was held at the Canary District on August 18, 2016. Now in its fifth year, the Toronto edition of the event brought together thousands of people for a night filled with food, laughter, music, and dancing at a secret location that was only revealed just a couple of hours before the unveiling of the event.