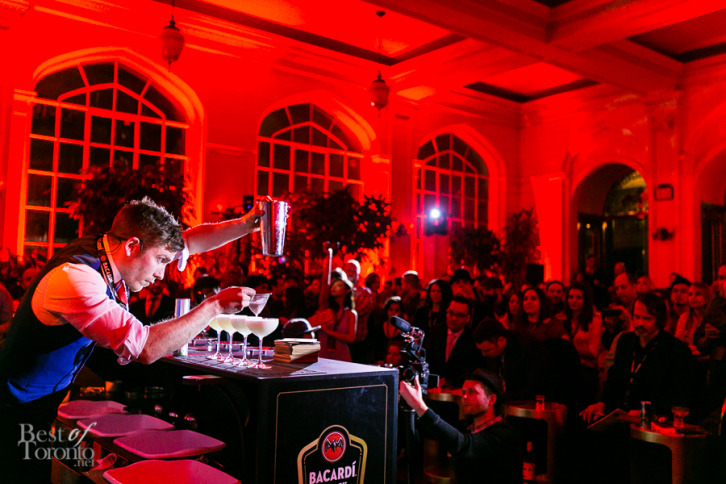 In Photos: The Bacardí Legacy Cocktail Competition at Casa Loma

After several heats in the regional competitions, the Canadian finals of the Bacardí Legacy Cocktail Competition took place on March 23, 2015. The competition was held at a secret location, later revealed to be the historic Casa Loma in Toronto. Over two hundred guests watched as the eight rum bartenders created their signature cocktails made with either Bacardí Superior rum or Bacardí Carta Oro rum.