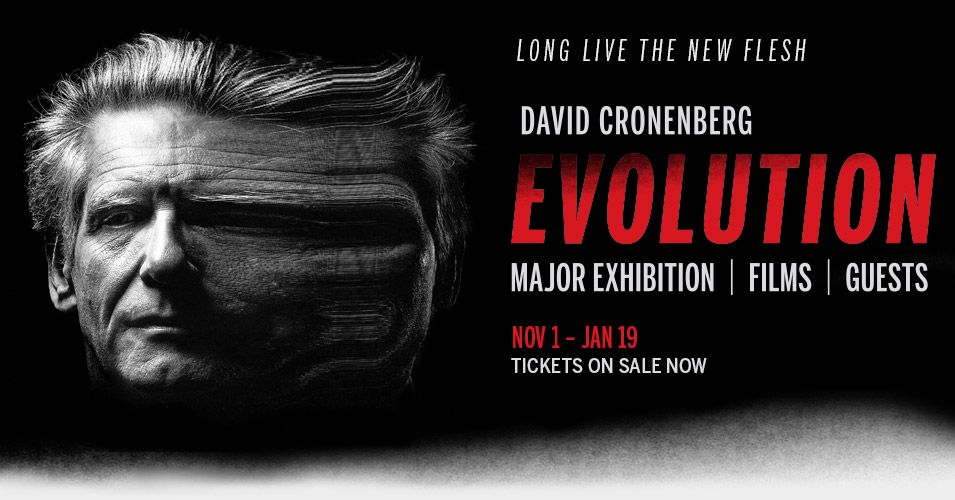 In honour of one of Canada’s most prolific filmmakers, The TIFF Bell Lightbox is set to unveil a major exhibition celebrating the works of David Cronenberg entitled “Evolution”. It will showcase the evolution of David Cronenberg as a filmmaker curated by TIFF director CEO Piers Handling and Artistic Director Noah Cowan. Visitors will be immersed in Cronenberg’s world with the opportunity to view sixty original artifacts rare and unseen footage.

The exhibit will remain at the TIFF Bell Lightbox for public viewings from November 1st to January 19, 2014. The exhibit is FREE for TIFF members, otherwise adult admission is $15 and there will be specials on Tuesdays for $5. Full price listings are here. For more information about the exhibit visit tiff.net/cronenberg

Also, tickets are on sale now for the exhibition’s opening night Evolution Party which will take place on October 30, 2013. Party ticket prices start at $150 for members and $160 for non-members.

The Evolution Party is sponsored by Richardson GMP, Canada’s largest independent wealth management firm. They also sponsored last year’s incredible Designing 007 Bond Party which took over the TIFF Bell Lightbox that evening. It was so good we named it one of the best Toronto events of 2012 so you can be sure to look forward to a great experience at this year’s Evolution Party.

If you can’t wait, you can also download the free ebook on iTunes.

ABOUT DAVID CRONENBERG
David Paul Cronenberg, OC, FRSC (born March 15, 1943) is a Canadian filmmaker, screenwriter and actor. He is one of the principal originators of what is commonly known as the body horror or venereal horror genre. This style of filmmaking explores people’s fears of bodily transformation and infection. In his films, the psychological is typically intertwined with the physical. In the first half of his career, he explored these themes mostly through horror and science fiction, although his work has since expanded beyond these genres. He has been called “the most audacious and challenging narrative director in the English-speaking world.”

RELATED ARTICLES
The “DAVID BOWIE IS” EXHIBIT AT THE AGO 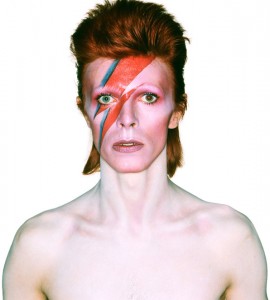 David Bowie Exhibition at the AGO

Designing 007: Photos of the opening party celebrating 50 years of Bond Style at the TIFF Bell Lightbox