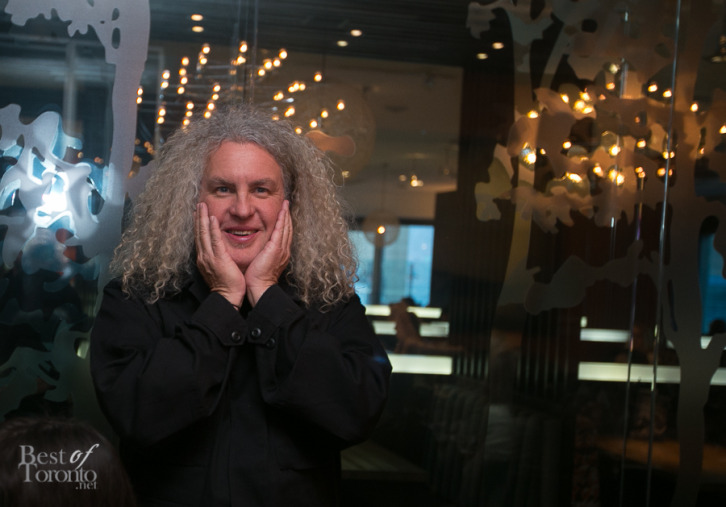 Rock n’ roll’s award-winning winemaker Charles Smith was in town recently to celebrate the launch of his wines being released at all 54 Milestones locations across Canada by April 6th (today as of writing). 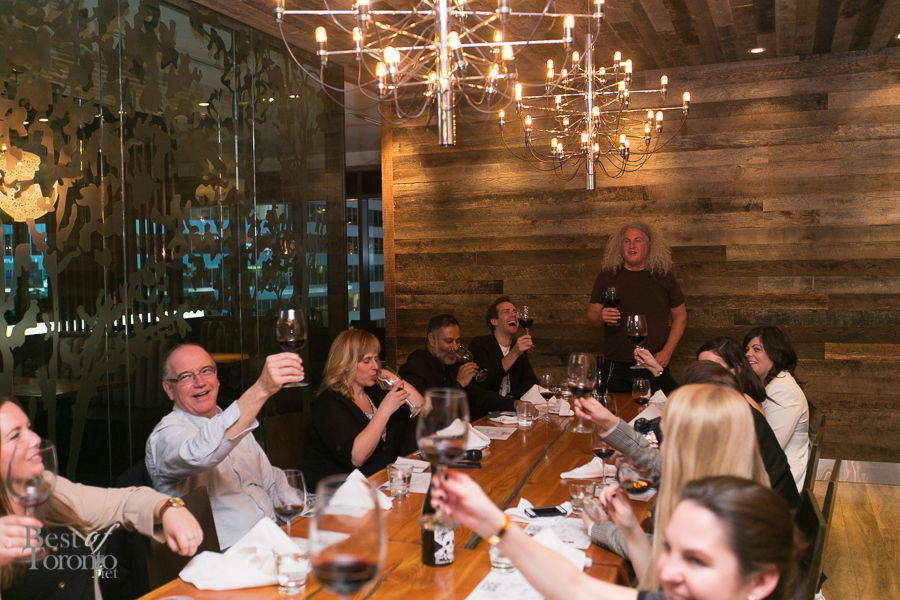 ABOUT CHARLES SMITH
American-born Charles Smith first made a name for himself as a manager of rock bands for 9 years in Denmark including Danish duo, The Ravonettes.

So fast forward and Charles Smith meets a passionate winemaker, who convinces him move to Walla Walla County in Washington to make his own juice and pursue a new dream of making wine and goes on to become an award-winning wine-maker.

WINEMAKERS DINNER
I was lucky to be part of an intimate winemakers dinner on March 24th, 2015 at the Yonge-Dundas location with the man of the evening, Charles Smith, himself. He had come from an Breakfast Television segment that same morning as well. Milestones Executive Chef Jason Russo was also in attendance along with Milestones COO Mark Findlay. To go along with a variety of wines from the Charles Smith Portfolio, Milestones paired their signature plates and we dined family style with a variety dishes.

The first order of business was sampling the vertical of his white wines to be made available at Milestones: Kung Fu Girl Riesling. It was paired with a variety of appetizers including spicy thai basil noodles. You can’t go wrong spicy food washed down with a chilled and refreshing, easy-drinking Riesling. Wine Spectator rates the 2013 vintage 91 points.

Then Charles Smith brought out the red wines that will be available at Milestones including a vertical of Velvet Devil Merlot: 2011, 2012 and 2013. I love most reds so I’m pretty easy to please here and these were no exception. They were satisfying on their own as well as paired with the carved beef tenderloin, and it helped that the tenderloin was rare and juicy. 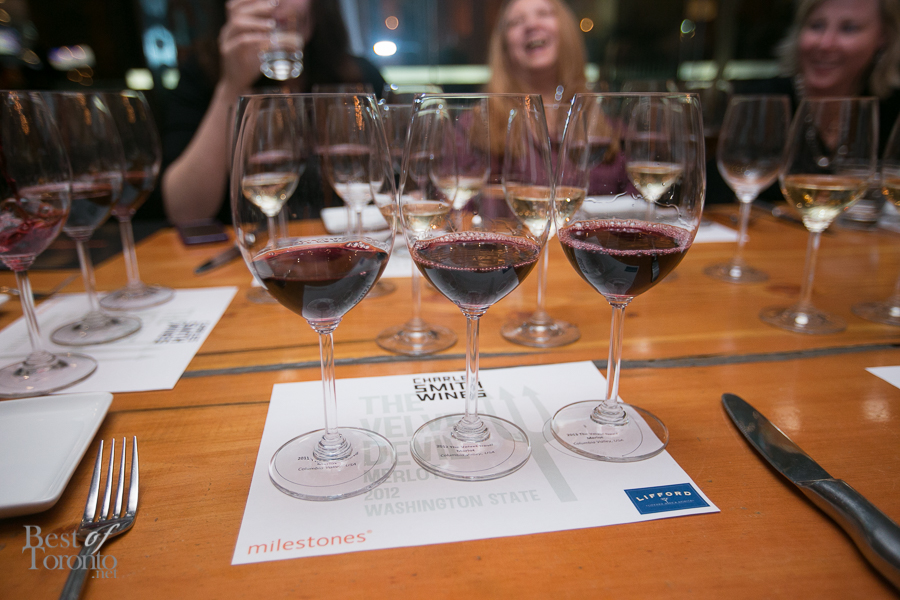 Charles made it abundantly clear that he did not want snobbiness to be a part of appreciating wine. Even the Charles Smith motto is “IT’S JUST WINE, DRINK IT”.

So he even went so far as to encourage guests that evening to blend the 3 wines into one. Even knowing that wines are blended by winemakers (and even some consumers) all the time, it still made me cringe and I couldn’t bring myself to do it, but the message was well-received. And the concensus for participants in the room said it tasted just great, too. 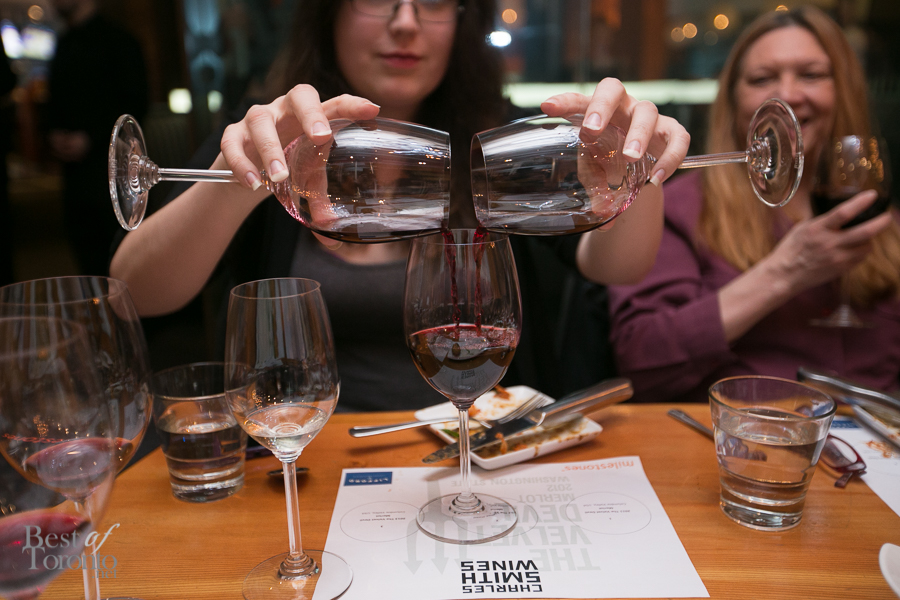 Finally we were treated to one of his wines that he says isn’t even for sale yet, the 2007 Skull Syrah where only 200 cases were made. 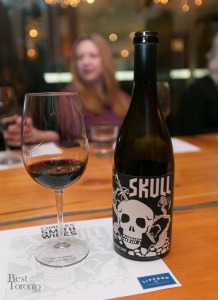 THE END
So in keeping with the spirit of the Charles Smith spirit, the wines are easy-drinking and, as an added bonus, reasonably priced. Kung Fu Riesling will be available on the Signature Cellar List priced at $41.95 per bottle.

Also, fun fact, it may be of some interest to you that Milestones owned by Cara Operations Ltd., used to be well-known for catering airlines. Cara sold that division back in 2010 to focus on it’s restaurant operations (via CBC here).

Following a variety of accolades, check out the recent Charles Smith video after receiving 2014 Wine Maker of the Year award from Wine Enthusiast. 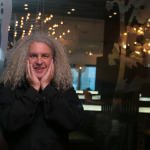 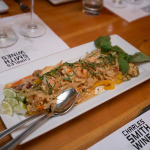 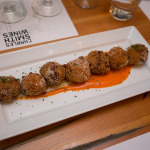 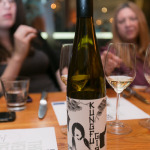 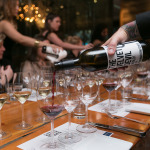 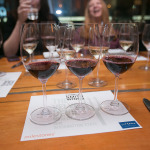 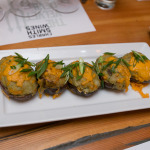 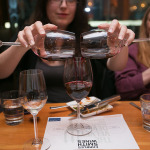 For mature audiences only: Mixing the 3 different years of Velvet Devil Merlot 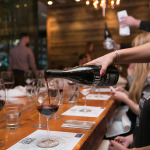 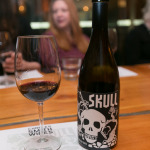 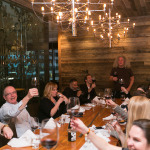 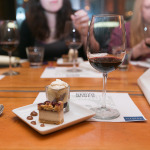