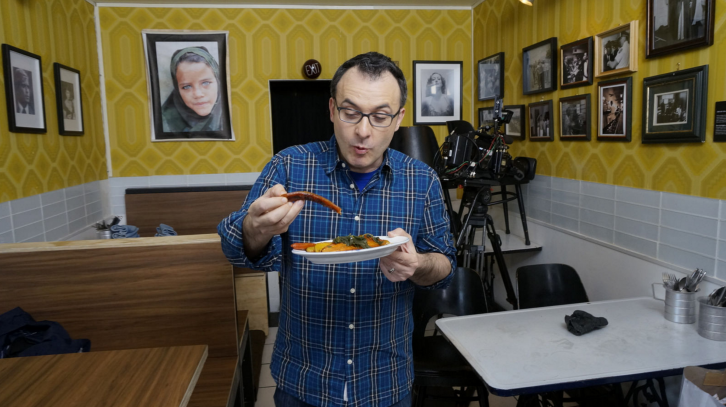 Behind the scenes of “You Gotta Eat Here” at Saturday Dinette

In case you haven’t heard, You Gotta Eat Here is one of the most coveted shows on the Food Network Channel. John Catucci, the host who wears his signature plaid shirts, lives out every foodie’s dream of discovering comfort food at various restaurants and has a heart-to-heart in the kitchen with their respective owners & chefs. I’ve been recently watching this show that airs several times of the day, one conveniently being 7:00pm – the perfect time – during dinner.

I had the opportunity of attending the behind-the-scenes of their set, when they visited the popular brunch destination of Leslieville and Riverdale, The Saturday Dinette. 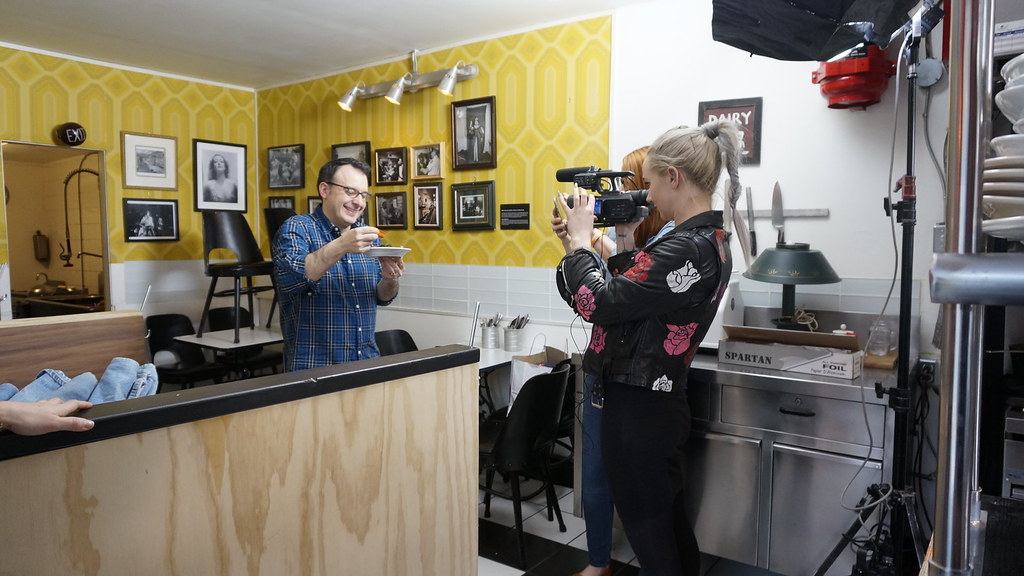 Suzanne Barr, the owner of this modern diner, cooked up a couple of her dinner dishes. A popular one – for good reason – is the SD Coconut Mac N Cheese ($12), cheddar and havarti bechamel served over elbow pasta topped with coconut and a corn bread crumble. To sum it all up, it had milky layers with a hint of dessert. The Ribs & Skordalia ($10), texturized orange glazed beef ribs, had such a unique zing which was toned down by the garlic walnut dip. 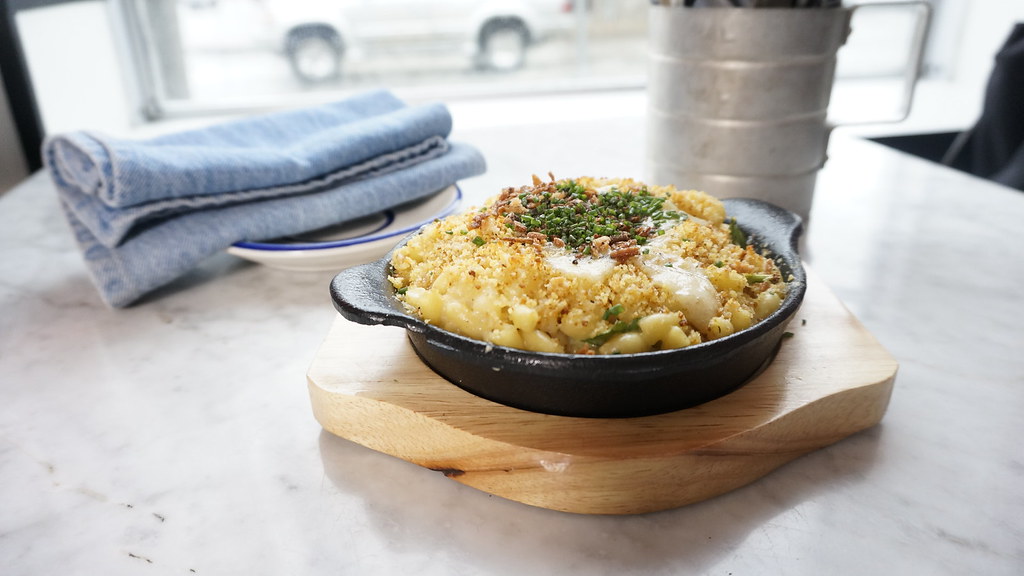 Before shooting his television segment, I sat down with the man himself who has made many smile with his charisma and has inspired many… to eat of course!

How did you get to where you are today, being able to travel around Canada and eat delicious food?
I had to fight someone for the job. Have you seen the movie “Battle Royale?” So it’s like that. There was me on a island with weapons.. No, I knew the producers prior and I have been a comedian for many, many years. They wanted somebody who wasn’t a chef. They wanted somebody who could just go into a restaurant, shoot the sh** and have a conversation with people. They didn’t want it to be too serious, and wanted a regular person.

Of all the restaurants in Canada, how do you choose which places you want to go to next? How did you find Saturday Dinette?
We have a research team. They check reviews, food blogs, and word of mouth. People are writing in suggestions, restaurants say “Come check us out”. Our friends who have tried out the food also tell us about it.

I couldn’t help but notice; how do you stay so fit?
Aha thank you. It’s all smoke and mirrors. Plaid covers so much, so many flaws. I’m lazy by nature but I had to hire a personal trainer!

So right now, you finished the 4th season and are on the 5th?
Yes our fifth season is live right now. We’ve been shooting since last May and we’ve been travelling all over Canada. Got to travel to the States. We went to Italy this year, Rome, and Florence. We’re going to Dublin and London this upcoming April.

What’s different this season from the previous ones?
The US dates we’ve done during a special on Season 3. Season 4, we travelled all through the States, and Season 5 is the first time we’re going to Europe, which is pretty cool! The show’s now airing in Italy, UK, China, the Philippines, and all over the place. I’m getting tweets from the Phillipines saying “Hey we watch your show!”

What is a memorable restaurant that you’ve visited so far during Season 5?
We did a great place called Casa Manila. The Filipino food was so delicious, and it’s just so comforting, like you’re in somebody’s house. They treated us so lovely. It’s nice when you go someplace and you feel all that love.

Catch new episodes of “You Gotta Eat Here” on Fridays at 9pm. This April 8th, Food Network will feature back-to-back episodes for their visits to Italy. Also, stay tuned for their filming of Saturday Dinette. 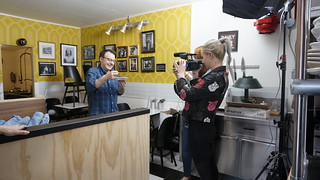 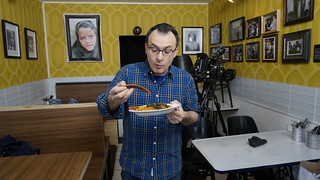 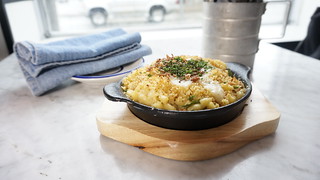 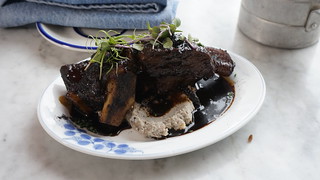 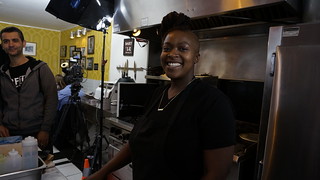