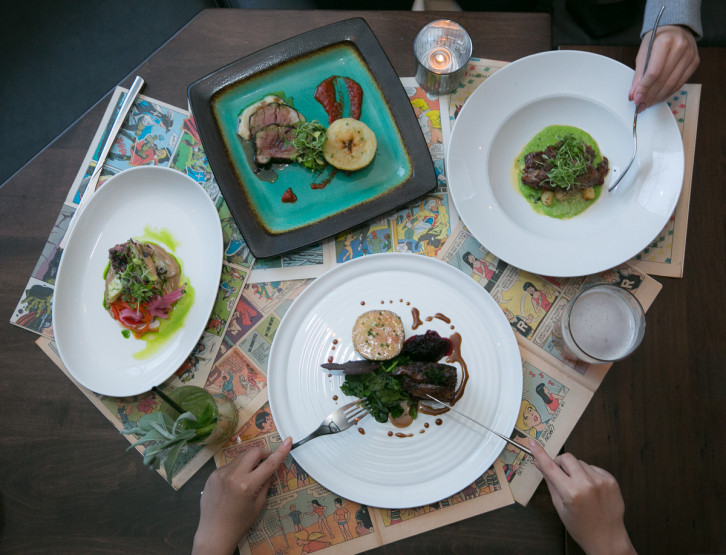 A Visit to Figures: a Comic Book-Themed Restaurant

Our favourite childhood characters and superheros have been brought to life by a heroic team of restaurant owners, Patrick and Nader Marzouk. “Figures” is a resto-lounge that links our favourite childhood cartoons and memories with a sophisticated dining experience. The place in itself has been transformed, from what was previously known as Coco Lezzone, into an open and comfortable dining space where one can identify familiar pop-culture on the wall’s artwork and ceiling installations throughout the evening, while sipping on some cocktails or enjoying a couple of tapa-styled plates.

A speakeasy allure begins upon walking into the restaurant. The discreetly designed doors open up to what seems to simply be a comic-book-lined storefront displaying action figures and collectibles. After immersing oneself contently in nostalgia, the wallpaper is recognized as a disguise to the illicit secret door leading to the dining area and must be activated by one of the lovely hostesses.

The art of discovery is also present in the menu itself. Each dish carries some mystery in both taste and presentation. In this case, the dishes are comprised of ingredients beyond the descriptors in the menus, incorporating extra flavours and shapes subject to our own interpretation and imagination. The element of surprise is undeniably an abstraction that Chef Ron Stratton (formerly Centro and Auberge du Pommier) brings to his guests. The menu is dynamic, ever-changing, and inventive. The dishes are categorized into: Vegetables (from the Earth), Seafood (from the Ocean), and Meat (from the Land)

The House-made Fettucine ($22) had a great depth of rich flavours. The earthy tones of the dish were derived from a combination of the woodland mushrooms and the sweetness from the parsnips, mixed together into a broth-like cream. The freshness of the citrus flavours coated onto the chanterelle-substituted mushrooms and the pasta texture complimented the crunchy macadamia nuts. 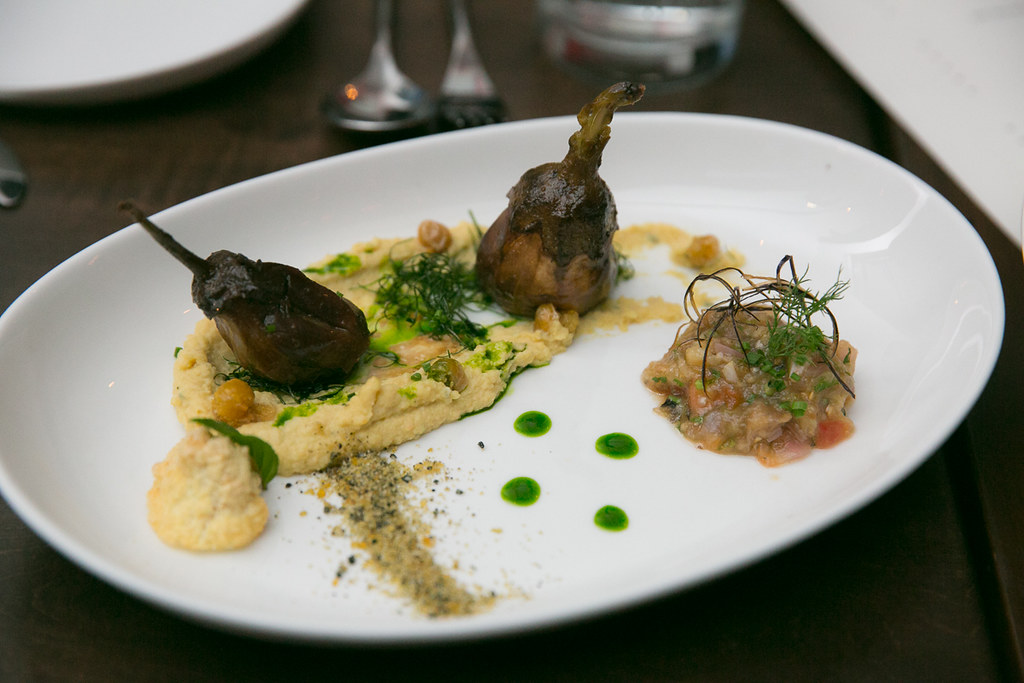 The Beet ($14) dish was extremely picturesque in a three-way fuschia presentation. The beets were the perfect appetizer in opening our tastebuds with its refreshing nature as beautifully interpreted as a tartare, purée, and “paint”. The panko-coated chèvre, also known as herbed goat cheese, was a bold playful addition to the dish.

From the sea, I enjoyed the Octopus ($20). It’s served cold over a bed of escabeche salad and black garlic aioli. The meat was fork tender and had a pleasant aroma to it. The Cherrystone Clams ($16) were cooked to a meaty and al dente consistency. The broth had a powerful coconut flavour, inclusive of Thai-inspired Kaffir lime-leaf and lemongrass touches. The addition of fried leeks and fava beans had an unlikely cooperation that was pleasing to the palate. I also loved the seared Coho Salmon ($24), matched with a crisp skin, seared sunchokes, a sunchoke puree, flavourful dandelion greens and a bubbling lobster reduction. 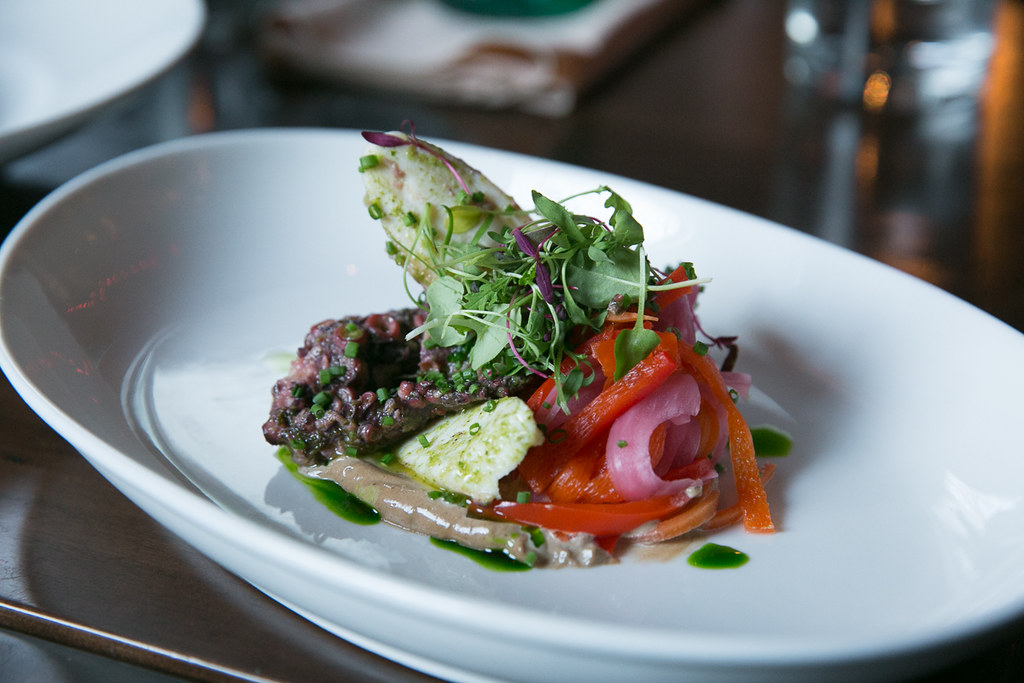 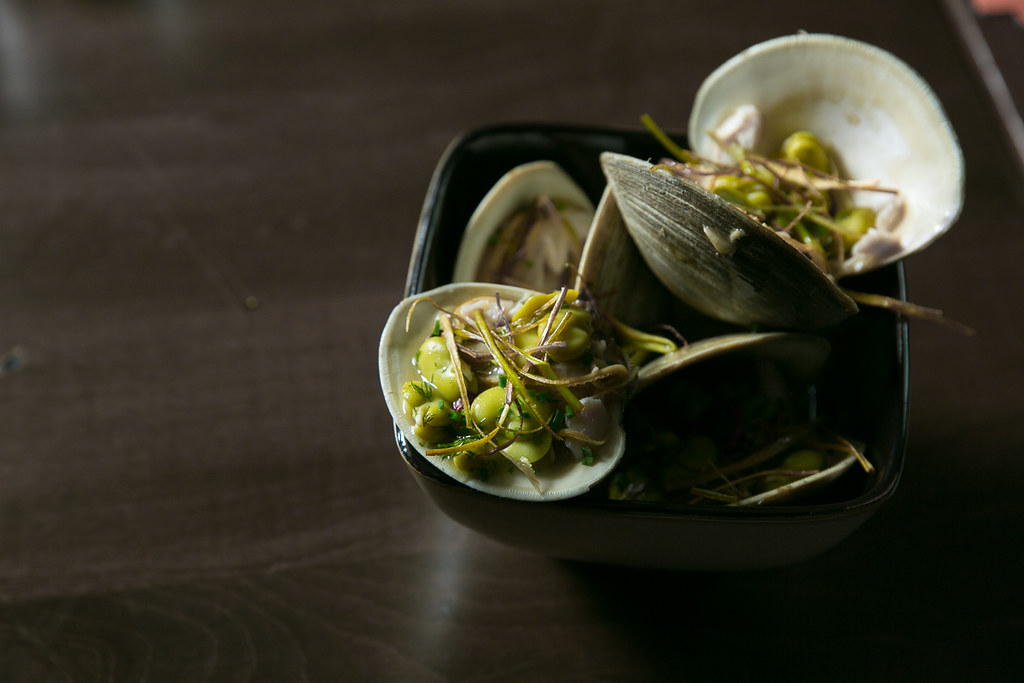 My favourite “From the Land” would be the Hudson Valley Duck ($36), which has several proponents that manifest character. Although controversial, I am fascinated by intermingling dinner with dessert where the soft brownie balances out the drier shreds of duck leg confit. The extra additions of the foie gras croissant, cranberry red wine reduction, and twill of watercress really give dimension and enhances the flavour of the duck. 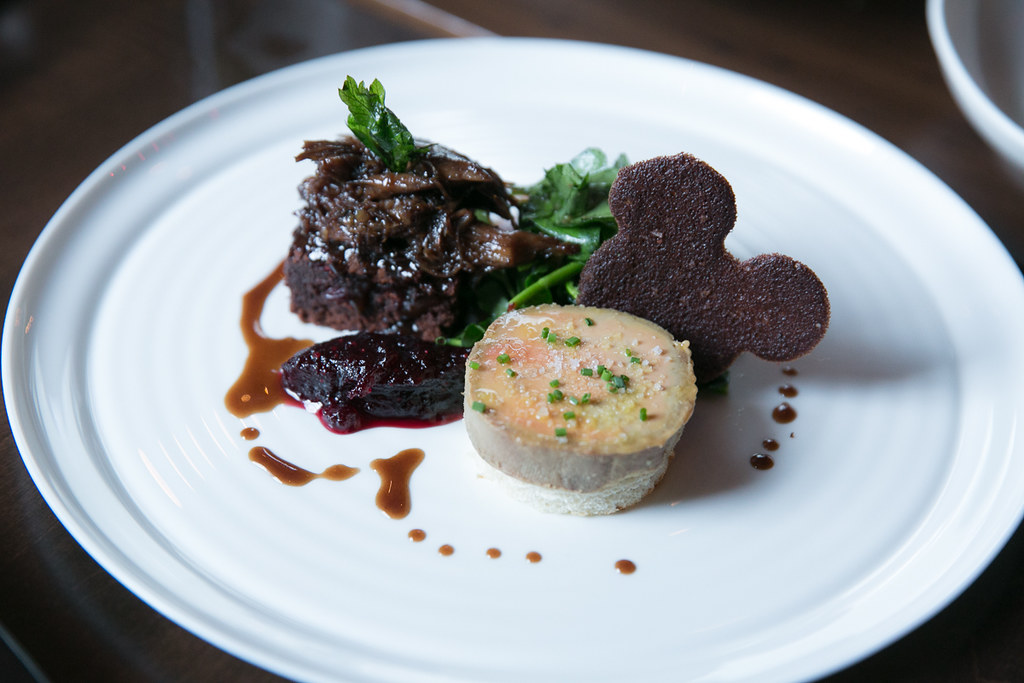 Sweetness is also a theme in the other dishes. In the Lamb Shank ($30), the pea mint puree and Yukon Gold roast potatoes add a moistening sweetness to the meat. As for the Berkshire Pork ($26), the apple and cinnamon adds a delicate touch to the pork tenderloin. 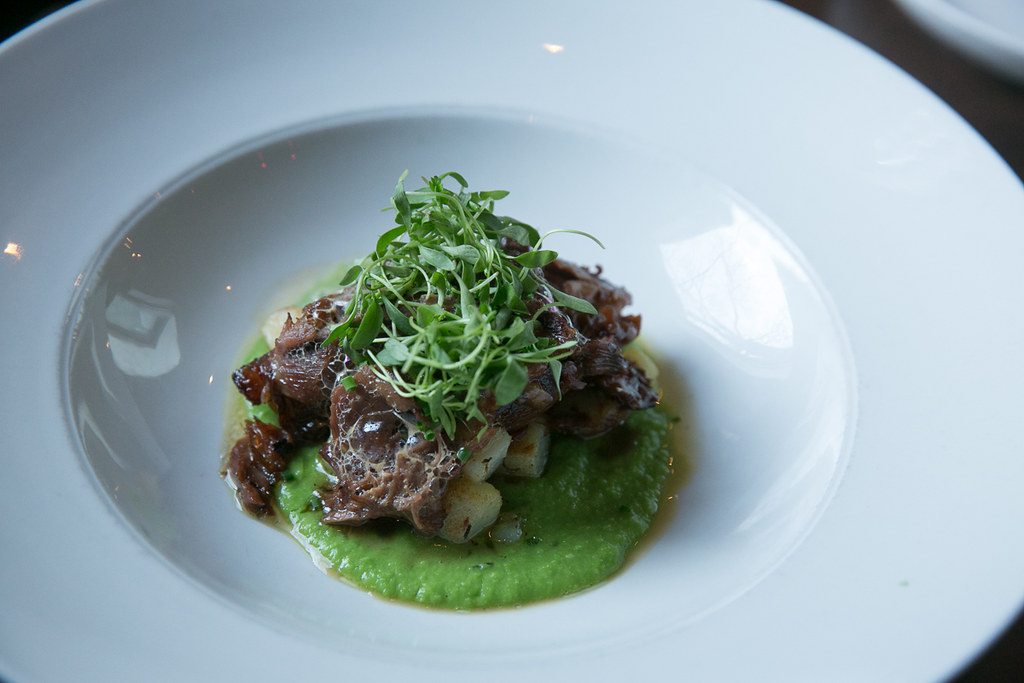 All of the dishes “From the Land” are presented so beautifully and uniquely. Chef Stratton pays attention to detail by providing a taste of many flavours in a strategic schema and focusing on a particular ingredient then preparing it in several ways for a multi-dimensional taste.

The desserts are equally fascinating. Bartlett Pear ($16) is a breath-taking masterpiece. The pears are poached in red wine and is covered with an umbrella of black pepper icing malt. An extra dose of red wine is placed on top as sorbet with a hint of fried mint. A Millenium Falcon sits to its side in a delicious crumbly panna cotta form, which is also a pleasant surprise. 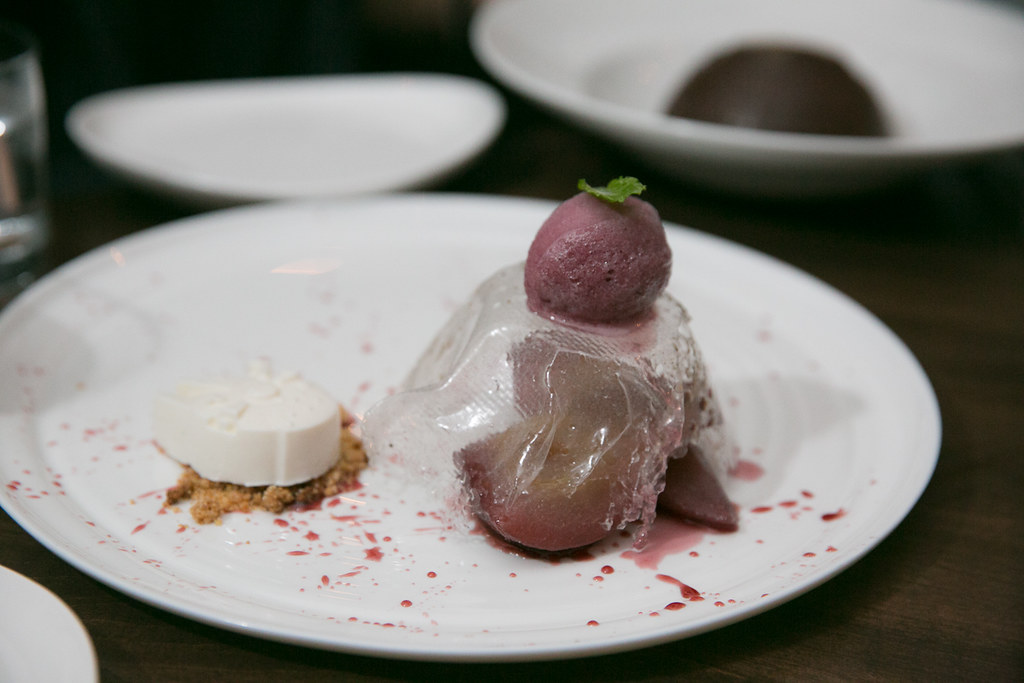 The Mexican Chocolate ($18) gives a diner the excuse to play with their food (or dessert). It resembles a giant chocolate Kinder Surprise Egg with 22K gold sprinkles that reveals a chocolate terrine amongst robot-shaped passionfruit jelly and truffles inside. Hints of toffee and coarse salt give an extra pop of flavour. The semi-sweet chocolate is velvety smooth and is a fun way to end the meal. 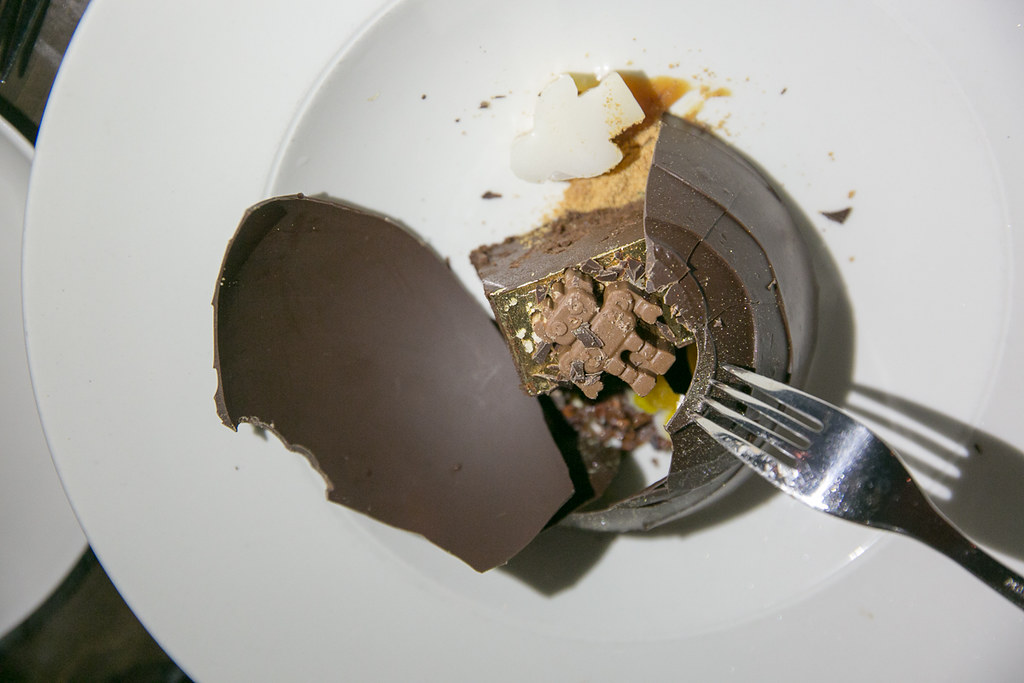 The cocktails are curated by Furlough’s James Bailey with intriguing designs; touching on the movies: Star Wars and Maleficent, to name a few.

The concept of Figures is inspired by cartoon cafe meets casual fine dining. Our nostalgia is lightly tugged upon, and we recognize the figures we grew up with, on the walls, and how their messages, such as teamwork. has shaped us. Overall, Figures lightens up Yorkville by providing a sense of adventure via both the interaction with the installations and the food in a laid-back and welcoming, yet sophisticated environment. If you have any further questions, feel free “figure” out the answer by making a reservation for your very own first-hand experience.

They are working on bringing lunch within the year. 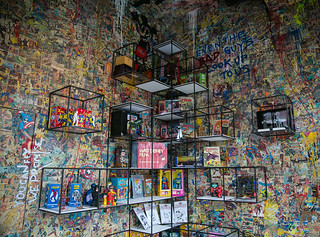 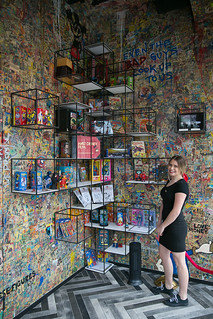 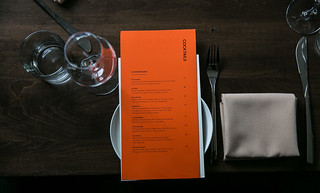 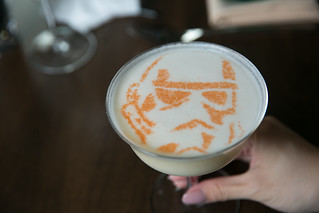 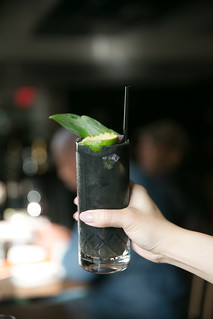 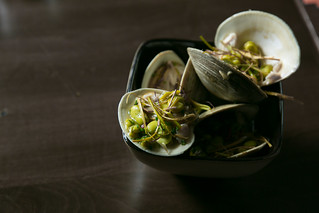 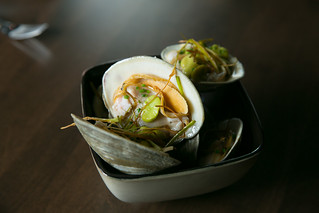 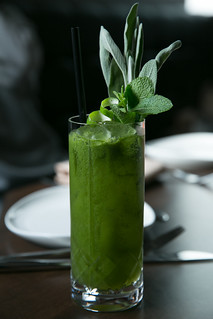 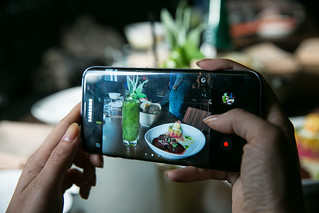 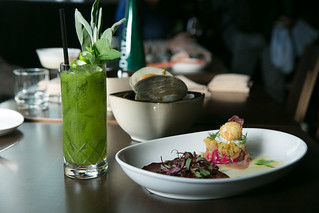 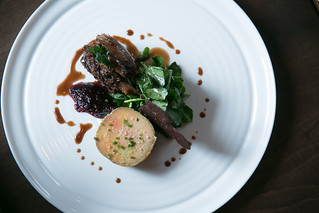 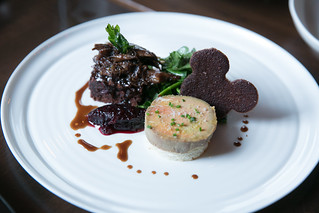 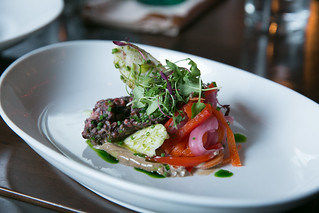 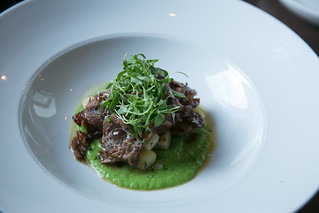 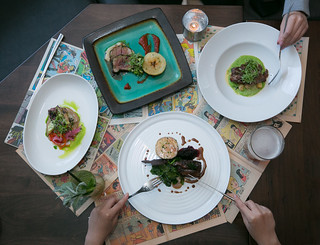 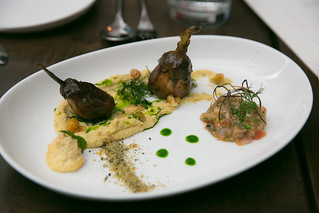 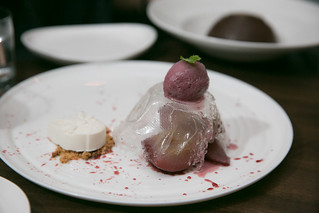 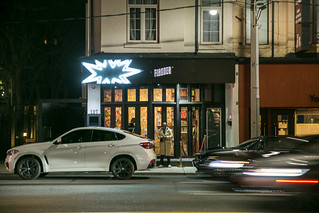 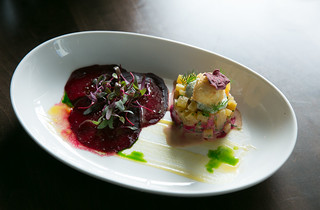 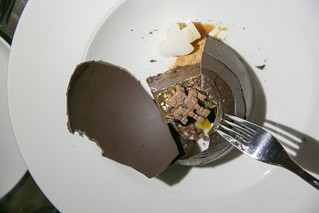