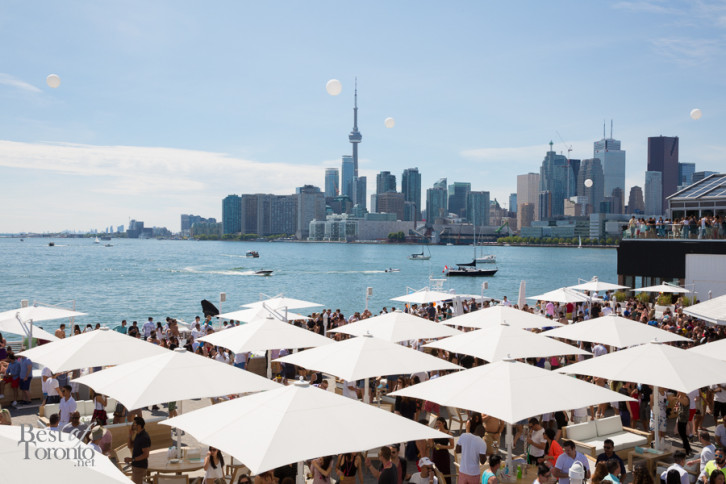 Summer is just around the corner and the warmer weather calls for celebrations on celebrations! Toronto will be jam-packed with exciting events filled with summer vibes to begin the hottest season of the year and wrap up the month of June.

Playa Bacardi
In lieu of the recent flooding of the Toronto Islands, Playa Bacardi brings the beach over to the city in their Bacardi pop-up this upcoming Monday, June 19th. The $25 ticket is all-inclusive of authentic Carribean food and tropical-themed drinks, giving a taste of 4 Caribbean Islands (Cuba, Jamaica, St. Vincent, and Trinidad). Entertainment, including Steel Drum Band, DJ Flex of All Trades, Latin dancers, and island limbo will be sure to liven up a Monday night!

All Star Gala
All Star Gala is a fundraising gala for the Sick Kids Hospital, happening on June 16th, that welcomes in hockey players as well as other sports players. It will take place yet again at the sophisticated Arcadian Court venue, wherein the net proceeds will head to Dr. Mike Seed’s unit in ameliorating paediatric heart surgery procedures. Way to end off the week on a good note at one of the most prominent charity events in Toronto!

Soul in the City
Juno Award-winning artist, Sean Jones, will perform at the beautiful Glass Pavilion in Casa Loma on Monday nights from June 19th to August 28th. Taking in the grandiose scenery while listening to his R&B and Soul music, will be sure to soothe the Monday blues.

Gardiner Museum Smash
Hosted by the Gardiner Museum’s Young Patrons Circle, is the 2nd annual immersive contemporary art experience directed by Justin Broadbent. The party will feature interactive art installations from local artists such as Cindy Sherman, Nan Goldin, Damien Hirst, and Banksy, heightened by the vivacity of DJ Killa Kels and Jahmal Padmore of Miracles, and bites from the Food Dudes.

Drive for Dreams
Drive for Dreams Foundation is an organization that reaches out to at-risk youth in helping them achieve their dreams through basketball. They’re hosting their 2nd annual summer charity event at The Addisons Residence to celebrate “Basketball in the 6ix” with radio host Devo Brown.

Taste of Toronto
Fort York National Historic Site will play host to an outdoor 4-day event between June 15th-18th which highlights some of Toronto’s most-coveted restaurants and chefs, such as Food Network personality Mark McEwan. Scheduled programs will be held throughout, including a wine Tasting Room, Metro Master Class, and Toronto Life Chef’s Table.

Taste of Little Italy
College Street welcomes The Taste of Little Italy, from June 16th – 18th, with festivities revolved around artisanal vendors. One can “wine” down and immerse oneself into the Italian culture with live music, tastings, and the patio all in one comforting neighbourhood!

Toronto Life Doughnut Festival
On June 25th, Toronto Life kicks off their first-ever 2017 Doughnut Festival at the Dufferin Mall. Activities include decorating doughnuts and taking a picture infront of Glory Hole Doughnuts’ installation. The first 200 guests will also be in for a treat. This is an event you doughnut want to miss!

Polo for Heart
The 38th annual Polo for Heart carries the theme “Polo Under the Stars” this year. Tables can be reserved to watch the International Polo Matches, and other activities such as the BMO Kids Zone and the traditional champagne divot stomp will have you at the edge of your seat. Benefits will be forwarded to the Heart & Stroke Foundation and the Southlake Regional Health Centre Foundation.

Caribbean Pride
What better way to celebrate Pride than to turn up the heat at Toronto’s sexiest pool party? Hector Fonseca (DJ from Los Angeles), Ticky Ty (DJ from Toronto), and Michelle Visage (of RuPaul’s Drag Race) will be some of the appearances that will join in on the fun at one of Toronto’s most impressive venues.

Block Party IV
Toronto’s leading hospitality group, The Food Dudes Catering Company, is holding their annual party on Friday June 22nd at the Toronto Event Centre, to support the Red Door Family Shelter. It’ll be an immersive night that will stimulate all your senses; from visual arts, music, entertainment, to food. Use the Promo Code “FD5OFF” for $5 off.

Thanks to our friends at Bacardi for making this post possible. See you there at Playa Bacardi!

Power Ball: The Art, the Outfits and the Party Perks
Tosto celebrates 5 locations in the GTA

A preview of the upcoming Immersive Van Gogh exhib

Whether you get delivery, takeout or cook, it's ea