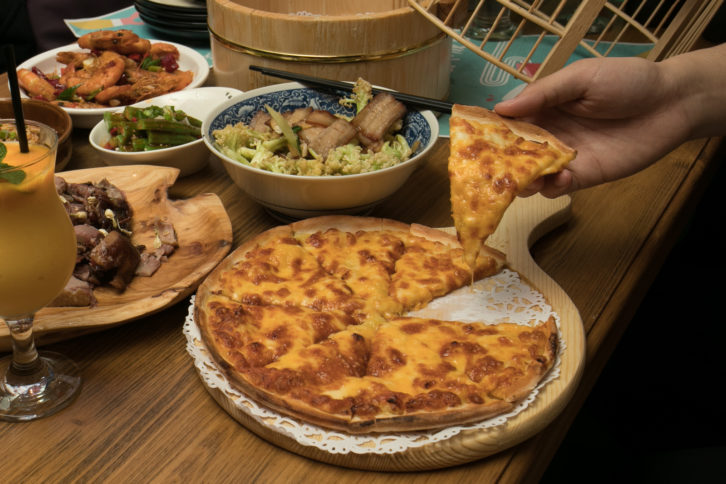 March 1st marked the Toronto opening of China’s biggest music restaurant franchise, Hutaoli Music Restaurant ^ Bar. Having over 400 locations, it is the first restaurant to open outside of the country. The name means “ideal fantasy world” in Mandarin Chinese which fits perfectly with the 2-year’s-worth of work in designing the interior. A massive venue, with a potential of hosting over 200 guests, is decorated like an elusive forest; with dangling lightbulbs, vinery, beautiful plants, and bird cages. The restaurant is reminescent of the Rainforest Cafe, but with a touch of modernness with the colourful posters plastered all over the walls.

The restaurant serves authentic Sichanese food in a variety of eloquent platings. Their signature dish is the House Special Roasted Chicken, which is brought out in a wooden birdcage, similar to that of a mortar and pestle. The chicken is marinated with over 12 ingredients and is rendered until a thin crispy layer of skin forms. The house-made chili powder blend and crushed peanuts are pressed into the chicken to bring out its flavours. Szechuan appetizers are commonly served cold with chili sauce (okra of the juicy steamed chicken). Other classic dishes include country-style fried rice with Chinese bacon, spicy stir-fried shrimp, and a deliciously smokey Szechuan style roast duck. An unconventional dish that is offered is the durian pizza, which is a must-try for durian-lovers. The melty mix of sweet and savoury leaves diners wanting seconds. The desserts are simple, but heavenly. For example, the tiramisu has the perfect ratio of coffee-flavour and sweetness, and the base is irresistibly crunchy. 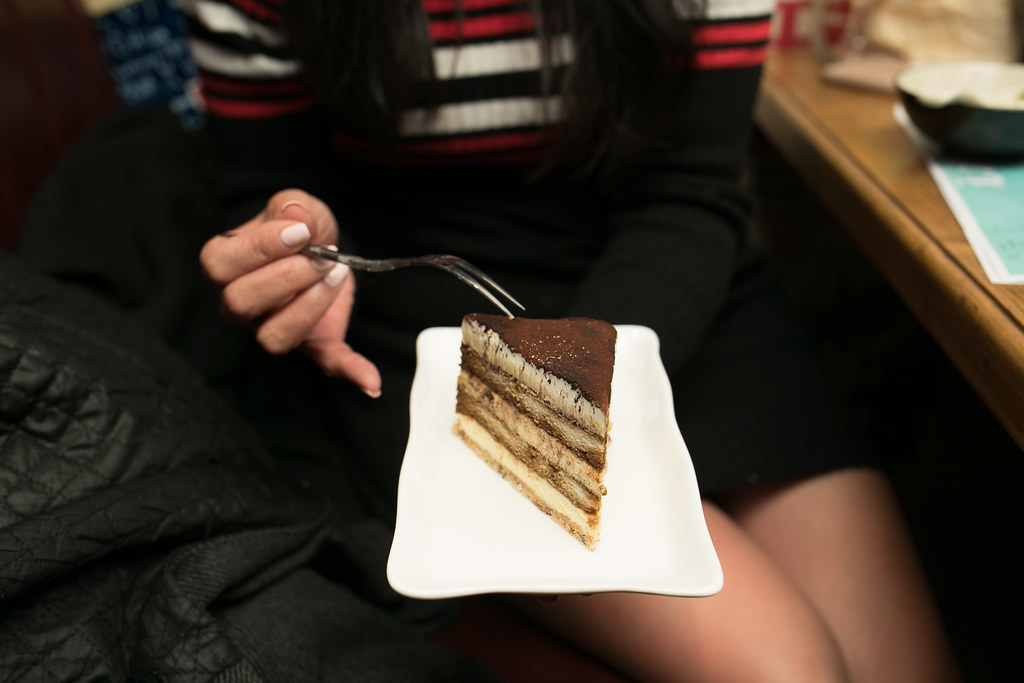 Their licensed bar offers an extensive wine (dinner or white), draft beer, cocktail selection. “The Flaming Lips” is of their most popular drinks, which is a mix of raspberries, lemon, blackcurrant, vodka. The entire glass is tactfully coated with crystal sugar and rose petals. Even the non-alcoholic Mango Pina Colada is perfect for sipping while taking in the ambiance. Solo artists and bands perform daily during the evening in-front of a 10-foot interactive screen where WeChat users can send messages for display. 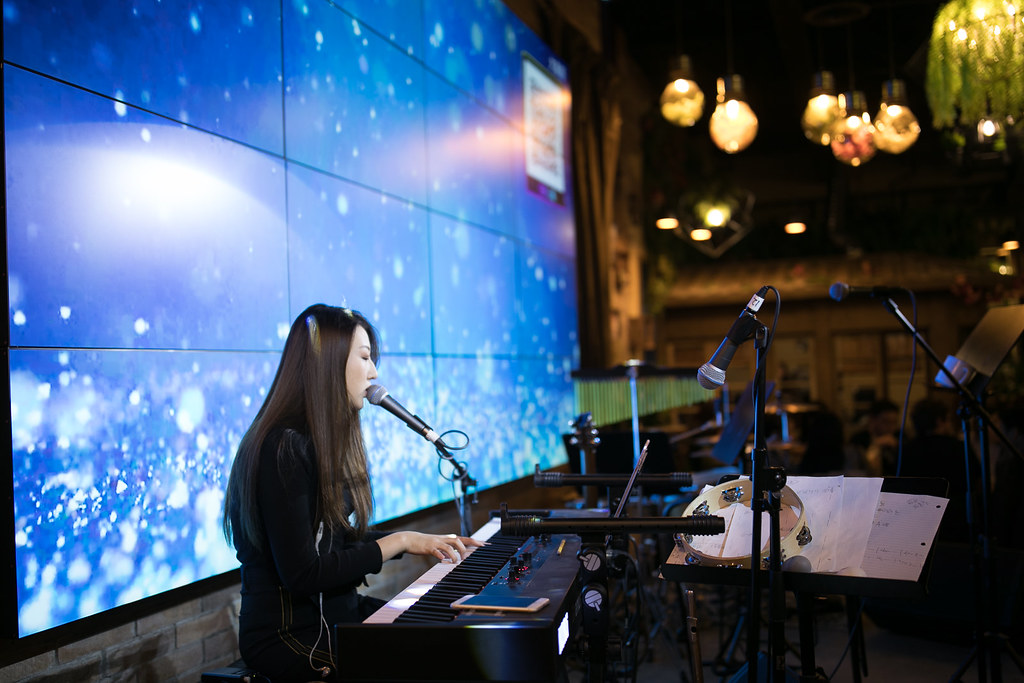 Its concept is similar to Hard Rock Cafe, but instead with a mystical take on the 1960’s era of China. Nonetheless, the ethereal atmosphere of Hutaoli draws in many night-owls to the Markham region for food, drinks, and entertainment. 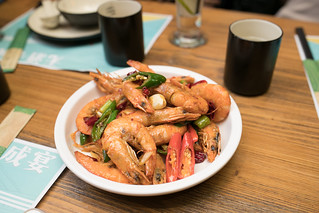 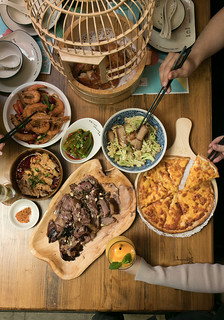 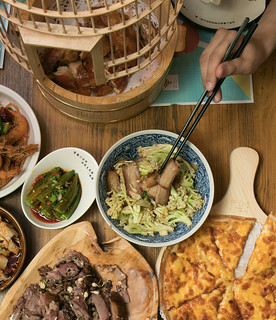 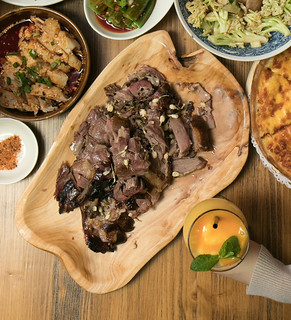 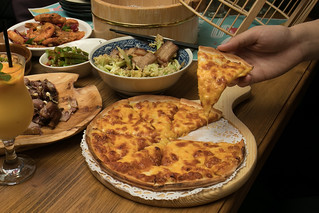 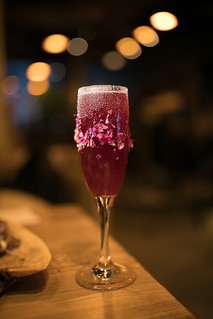 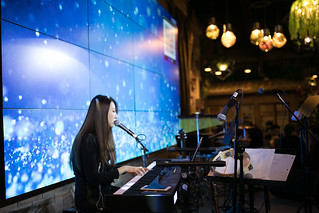 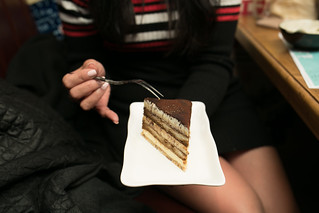 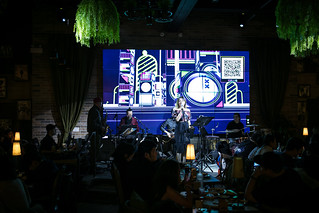 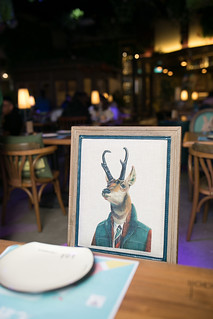 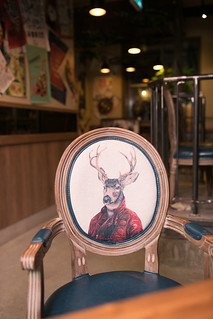 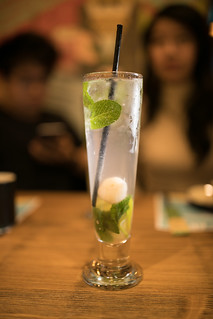 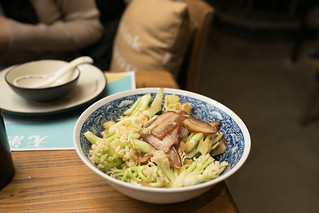