A primer for the Festival of Sake, Kampai Toronto 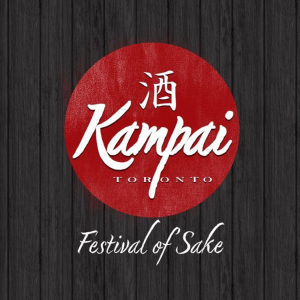 After the Beaujolais Wine and BBQ luncheon, Nick and I headed to the Shangri-La Hotel for the media launch and preview of the 2nd annual Kampai Toronto Sake Festival being tomorrow on May 30th at the Fermenting Cellar in the Distillery District.

“Kampai” which stands for cheers in English, is the largest sake festival in Canada. The event is hosted by The Sake Institute of Ontario which is a non-profit organization that brings together sake distributors and producers in Ontario and promotes awareness of sake. There will be over 100 sakes to sample and appetizers to try from 12 of Toronto’s top restaurants.

If you were lucky to snag a ticket to this highly-anticipated sold out affair, here are some notes from the seminar by the world’s leading non-Japanese sake expert, John Gauntner, to help you get ready for the sake tasting:
• Sake is brewed (and not distilled) from rice, and rice alone
• The alcohol content is usually about 16%, watered down from the naturally occurring 20%.
• The existence of sake has been dated about 2,000 years ago, but some sake on the market today, like ginjo sake has been around for only 40 years.
• The three factors that affect the quality of sake are rice, milling, and labour.
• The grade of sake is legally defined by how much the rice has been milled. The more rice is milled, the higher the grade.
• Unlike wine, sake is meant to be consumed young, it will begin to change after about a year.
• Most premium sake should be consumed slightly chilled.

Here’s the trailer for the Festival of Sake!

For more information visit www.kampaitoronto.com. Even if you weren’t able to get a ticket, the Sake Institute of Ontario also hosts various tasting events and seminars throughout the year. So keep an eye out for updates by the SIO on twitter and facebook.

About the Sake Institute of Ontario (SIO)
Not-for-profit trade association formed in February of 2012. Principle mandate of increasing the awareness, availability, promotion, and education of Sake in the Ontario market. Kampai Toronto is SIO’s flagship annual Tasting Festival; and also hosts satellite Tasting Events / Seminars throughout the year.
Built on the foundation of collaborative cooperation to grow and nurture the Sake category. Principle Members include 9 Sake Importers and 1 Sake Manufacturer; Associate Members include Restaurants, Chefs & Sake/Lifestyle Promoters.