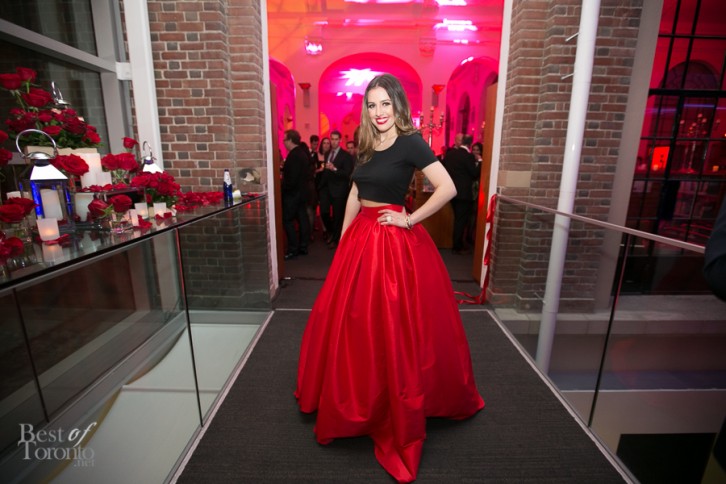 An interview with the inspirational Brittney Kuczynski 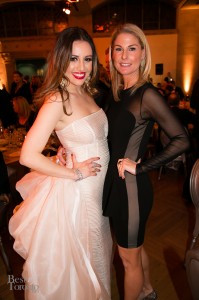 I’m lucky to be able to meet a lot of interesting people when I’m frequently out documenting the best that Toronto has to offer and one of the people that really stands out is the young and inspiring mover-and-shaker, Brittney Kuczynski.

Brittney is an avid cultural philanthropist with a much sought-after job on Bay Street, setting a prime example of what a young professional can achieve. Her Linkedin page reads impressively, playing a leadership role in some of Toronto’s premier philanthropic initiatives; serving as the former Chair of the Oceana Ball and Editor-in-Chief of Oceana Magazine, Co-Chair of the inaugural Toronto Public Library Foundation’s Hush Hush party, Co-Chair of the 2014 Power Ball, and fresh out of the oven in 2013, the President & Editor-in-Chief of Canadian Fabric (a charity-based Canadian cultural yearbook available in Chapters/Indigo and other high-end retailers across the country) launched annually at the lavish Le Grand Bal in support of Oolagen Youth Mental Health. An activist of Canadian arts and culture, in the winter of 2012 Brittney announced the inception of a new major event, The Canadian Arts & Fashion Awards (CAFA), set to take place on February 1st, 2014. 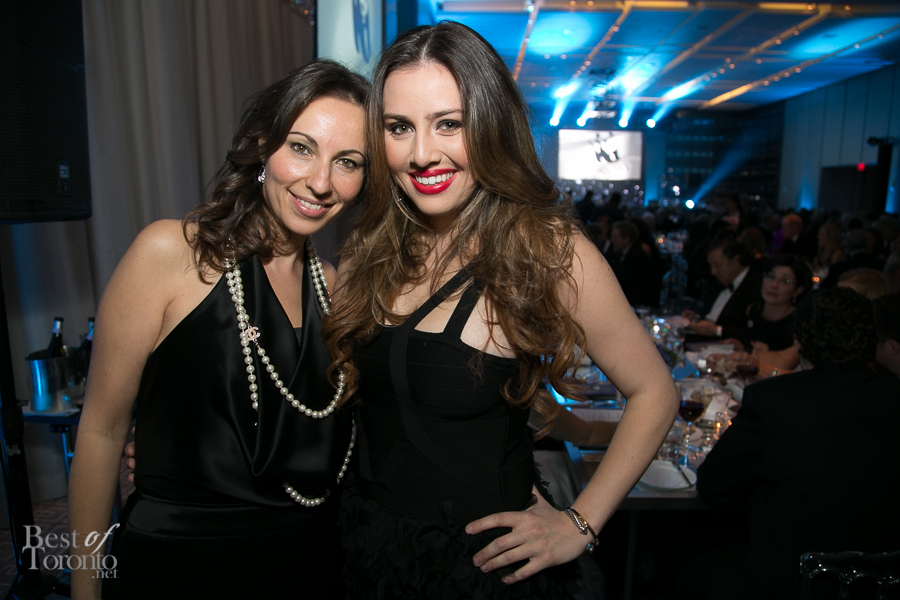 What motivates you and when did you start getting into philanthropy?
Brittney and charity have always been synonymous; as a child I recall asking for World Vision children for my birthday, which have now flourished into an array of philanthropic initiatives.

Is it true you were a contestant in Miss Universe Canada in 2008? What was that like?
I was. Being an enormous geek in high school, it was a fun experience that enabled me to meet some remarkable women, such as my great friend Elena Semikina, who was crowned in 2010 and is now an admirable Documentary Film Producer.

How did you start the Oceana Ball, a premiere fundraising gala for the Herbie Fund at the age of 19? What learnings did you get out of it?
I was very fortunate to be introduced to the Herbie Fund at the age of 19 via my cousin, Alexis Kuczynski, who celebrated 10 years cancer free (thanks to SickKids Hospital) with a fundraising initiative for Herbie, and was subsequently inspired to start the Oceana Ball. The event grew vastly with the help of my family, and Jackie Gideon, my Co-Chair who is a makeup artist and producer extraordinaire. My four years experience Chairing the event and publishing the magazine was a lot of fun and a ton of work, especially while starting out a career in the demanding world of finance.

My biggest learning curve stemmed from the sponsorship acquisition process as I was commonly asked “why not just write a cheque directly to the charity?” I have since refocused my initiatives on having dual-platforms that include both financial beneficiary (fiscal prudency is core to my fundraising philosophy) and outreach that is accretive to Canadian culture and inspires patrons to feel good about celebrating the art of giving.

Of all the cities you could focus your philanthropic efforts on, why did you choose Toronto?
The truth is I’m a tree hugging Canadian; yet have a hard time identifying with the Canadian cliché. As you’ll read in my Editor’s letter, I don’t drink beer, say the word “eh” and I’ve never made love in a canoe. Our country is home to so many exceptional ideas, people, and artists that I believe play an integral role the evolution of our cultural identity; my goal is to make our country better acknowledge and celebrate it.

In addition to being an increasingly vibrant city (with great shopping), Toronto is home to an exceptionally supportive network of cultural and philanthropic innovators that I am honored to work with and continuously learn from.

Tell us a little about your day job?
Monday to Friday, 7:00AM until the market closes; you’ll find me on the trading floor of Industrial Alliance Securities. On that note, The Wolf of Wall Street is a far departure from reality on a trading desk – at least since the 1980’s/90’s (or so I hear). To describe my job quite simply, I spend my day following the markets; learning about and analyzing companies; having intellectually stimulating conversation with some of the country’s brightest fund managers and analysts; and of course, trading stocks! I love my job; it consumes me 24 hours a day, 7 days a week – and not a moment of it is dull.

What’s the secret to juggling so many amazing charitable initiatives including publishing a nationally-distributed magazine and playing a leadership role in several premier events?
Teamwork! I have an exceptionally supportive family; my mom, Donna Kuczynski, who is a serial entrepreneur, is a true miracle maker.

Canadian Fabric magazine is produced entirely on a voluntary basis with the help of nearly 150 generous people made up of Art Directors, Editors, writers, photographers, designers, stylists, hair and makeup, coordinators, interns, and my fantastic Editorial Board lead by Suzanne Rogers – the most forward-thinking Honorary Chair and leader anyone could ask for, and our event Chair, Sylvia Mantella – an extraordinary fashion enthusiast who always encourages thinking outside the box.

I met my best friend, Vicky Milner, 4 years ago when she worked at the Herbie Fund. In spring 2013, she joined CAFA as Managing Director, and has since played a significant in helping CAFA flourish into a true national milestone event.

I’m very blessed to have gathered a strong support network of friends and colleagues who are profoundly instrumental in making far-fetched dreams come true.

Are there any other exciting projects in the works?
No projects in the pipeline as of now, I plan to build out all existing initiatives over the next few years before tackling anything new.

What advice can you give to others who want to make a difference?
Finding a great cause that inspires you is essential; it’s truly the driving force behind any successful philanthropist. I wasn’t planning on taking on any new projects until I stepped inside the horrid conditions of one of the Oolagen patient houses (home to 8 kids suffering from severe social and mental health issues, and when I visited, parts of the ceiling were starting to fall), and it completely transformed my next few years … I started Canadian Fabric! Similarly, my experience publishing over the past 4 years has introduced me to some truly exceptional artists that, for some odd reason, I, a mainstream finance girl with no affiliation to fashion, hadn’t heard of… that lead to CAFA!

Also check out this City feature on Brittney Kuczynski at Oceana Ball in 2010.

Be sure to look for Canadian Fabric magazine at Chapters/Indigo and other high-end retailers now across Canada. We wish her the best of luck at the CAFA gala on February 1st and success in all of her future endeavours.