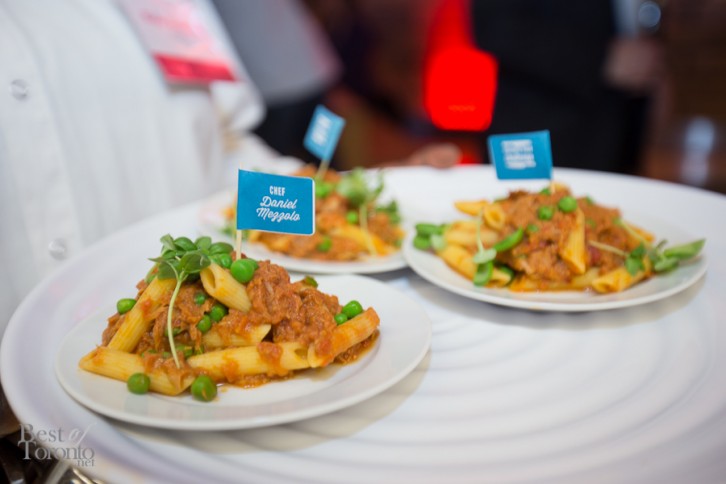 The Daily Bread Food Bank, along with support from the likes of Campbell’s and Nutella, held the Ultimate Food Challenge (UFC) again this year. Three talented local chefs competed at the fundraiser at Corus Quay last week, to fight for an end to hunger in our communities.

Gusto 101’s Chef Daniel Mezzolo, along with Cibo Wine Bar’s Saverio Macri, and finally Donna Dooher of Mildred’s Temple Kitchen, all came out to flex their culinary muscles. The rule of the challenge was to create the best winning dish under 30 minutes, using ingredients found in a food bank hamper box.

Hosted by Maureen Holloway of Q107’s Derringer in the Morning, and Fred Kennedy of 102.1 The Edge’s Fearless Fred show, the delightful duo introduced and presented the chefs with the challenge.

Without hesitation, the three experienced chefs quickly took to their gastronomic skills and dashed to their stations to begin prepping. Chef Mezzolo decided to make Tuna Pasta, inspired by his Italian roots and the humbleness of the ingredients. Chef Donna Dooher chose a simple vegetarian theme with exotic flavours to be the basis of her challenge dish: Moroccan Veggie Tagine. Perhaps the most unique and fun selection of ingredient went to Chef Saverio Macri, who picked our favourite childhood (and adulthood for some of us) treat – the hot dog to be the main attraction in his dish, aptly named Tartare of Hot Dog. 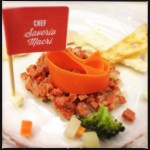 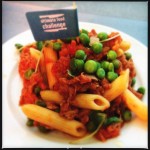 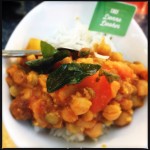 As the dishes went around for the audience to taste, I couldn’t help but notice how the simplicity of the ingredients did not compromise the complexity of the flavours in each of the three dishes. The most addictive plate for me was the Tartare of Hot Dog, perhaps because it brought the kid out of me…I was hoping the judges would agree.

The judging panel comprised of Massimo Capra (Chef and Co-Owner of Mistura and Sopra Upper Lounge), Chef and Author Emily Richards (Home Economist), and the esteemed Michael Bonacini (Chef and Partner, Oliver & Bonacini Restaurants). The accomplished trio considered the final dishes and carefully deliberated based on originality and creativity, presentation, texture, and taste. 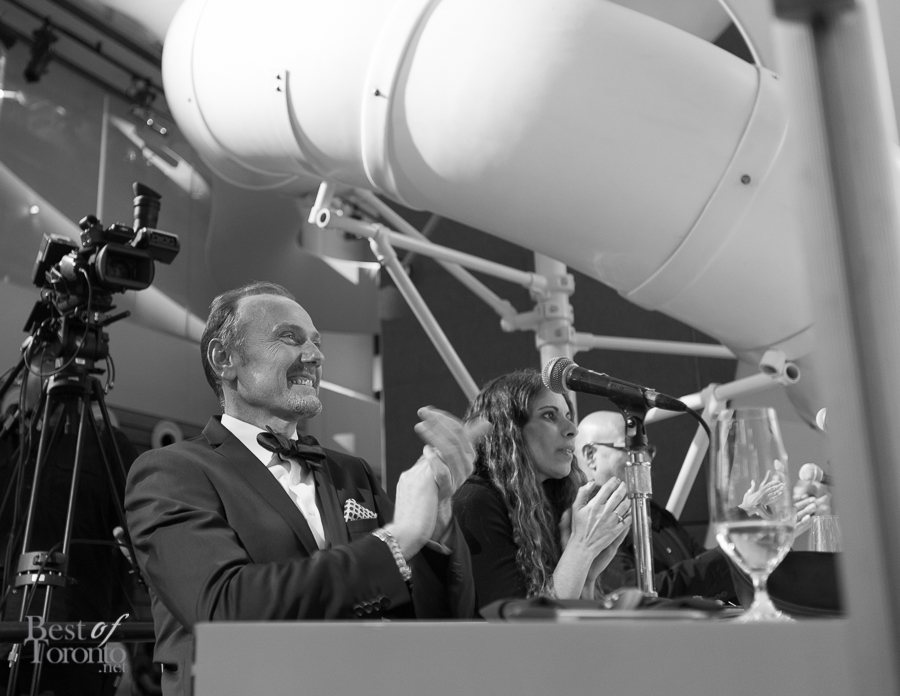 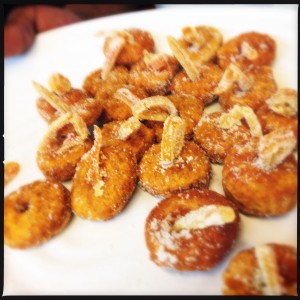 The chefs, along with Daily Bread’s Catering Kitchen, also prepared their own signature dishes and gourmet hors ‘oeuvres to entice the audience at their Marché-style stations. 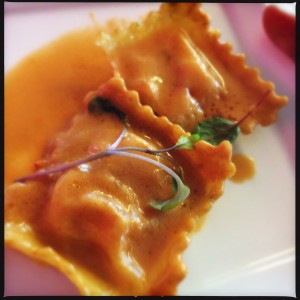 After everyone had a chance to savour the dishes, the judges agreed and awarded Donna Dooher as the winner (with her Moroccan Veggie Tagine), a titled well-deserved for this veteran chef. The charming Dooher thanked the can of chickpeas for her inspiration and victory. 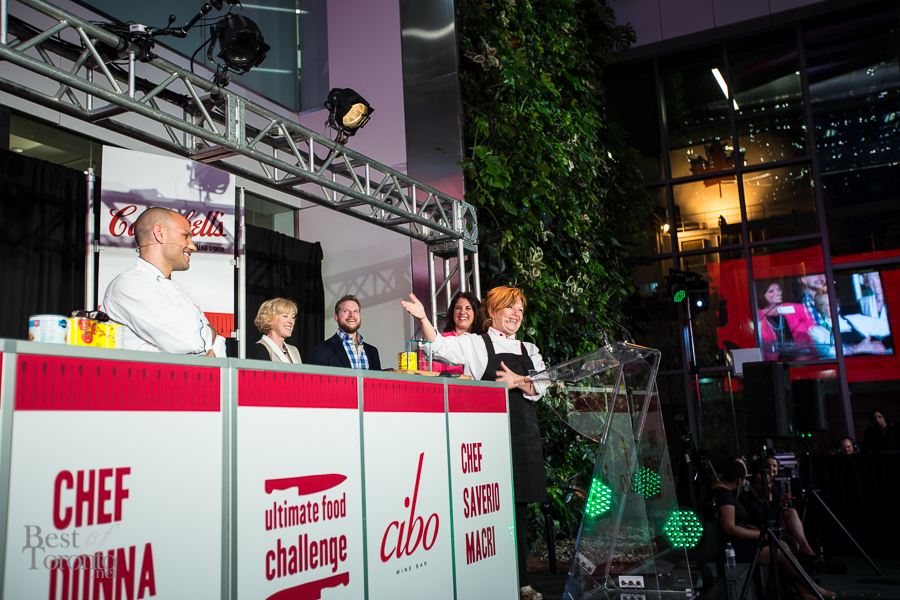 To raise money for Daily Bread’s cause, a silent auction was held at the UFC. All proceeds from the Challenge will go towards supporting the Daily Bread’s Kitchen, which also includes its Food Services Training Program – a 16-week training program for individuals facing barriers to gain skills for employment in the food industries. With a tireless organization like the Daily Bread Food Bank distributing more than 9 million pounds of food (that’s 170,000 nutritious meals!) last year through their 220 food banks and meal program, it’s easy to see why everyone involved in the UFC was so extraordinarily passionate about its cause. 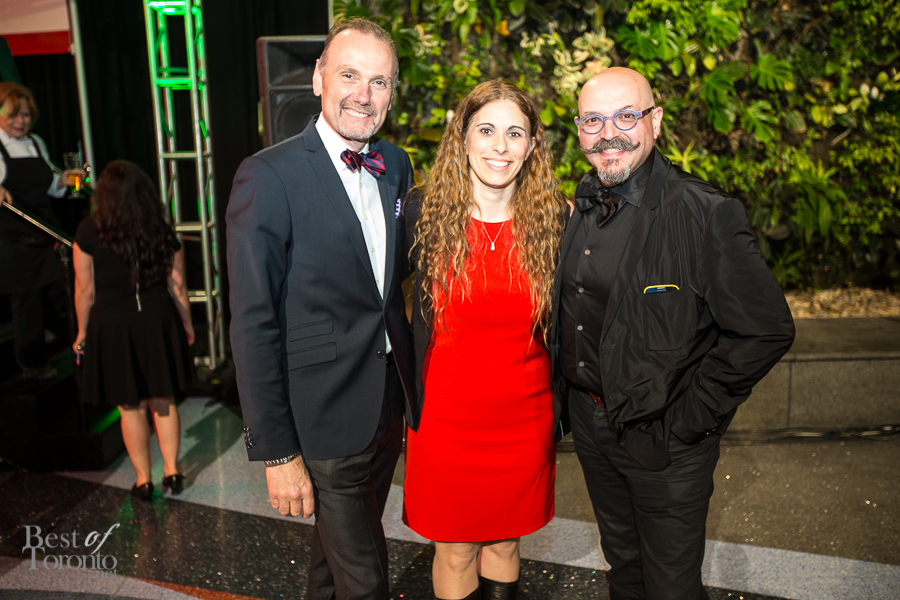 Congratulations to Chef Donna Dooher and everyone involved! 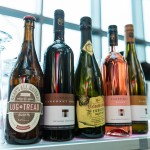 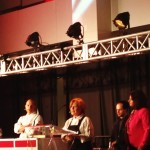 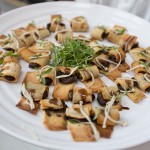 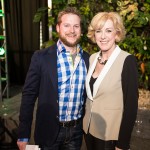 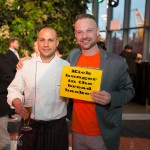 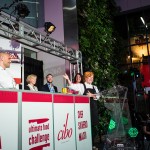 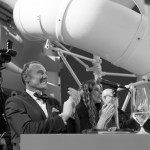 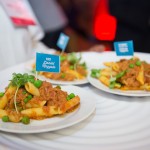 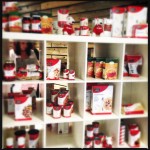 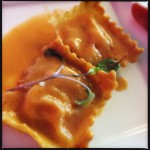 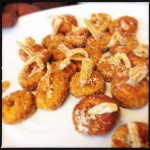 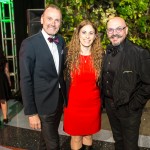 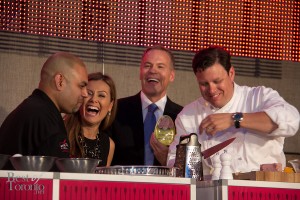 The return of Bud Light Sensation: "Into the Wild"
Table Tennis with Gourmet Style: SPiN Toronto