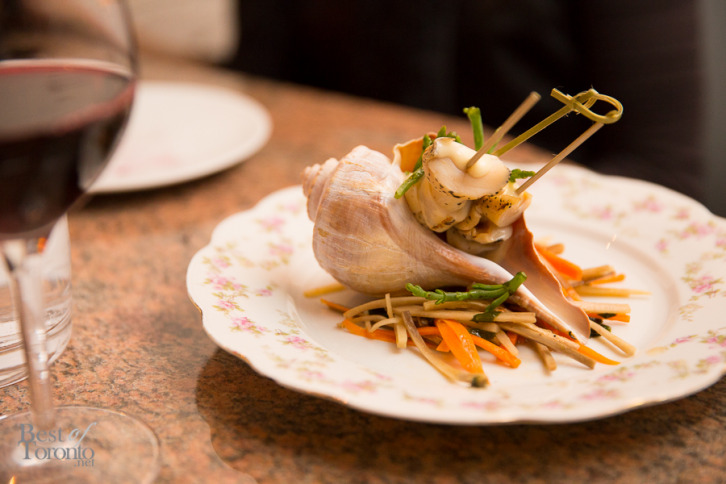 Now open on popular Ossington Avenue is the highly anticipated Borealia Restaurant. It’s a warm, intimate setting which takes a unique approach in both the decor and the menu with inspiration from a time when immigrant groups arrived in Canada in the 18th and 19th centuries. It’s thoughtfully-Canadian cuisine like you’ve never tried before.

Designed by Toronto’s Qanūk Interiors Inc, the interior of Borealia shines as an atmosphere that is modern, fresh and uniquely Canadian. With materials from sourced from Ontario’s natural landscape, there is native con Design notes include native construction techniques blended with European accents and modern design touches. Local artists were commissioned for the original murals, tapestries, custom furnishings and light fixtures.

Borealia is the result of years of industry experience for culinary couple Chef Wayne Morris and Evelyn Wu. Morris has extensive coast-to-coast experience with Canadian cuisine – growing up in Yarmouth County, Nova Scotia where he learned to fish, hunt and also raise animals from an early age. He grew up with home-cooked Acadian cuisine from his mother and grandmother. Fast forward to his time on the west coast in Kelowna, BC, where he was the chef de cuisine at award-winning Waterfront Wines. Evelyn Wu has a background in traditional Chinese cuisine with five years in Hong Kong. She also has cooking experience at well-known Michelin star restaurants: Coi Restaurant in San Francisco and The Fat Duck in London, England and also Toronto and B.C. restaurants.

From that background, the menu has been carefully researched using modern interpretations of classic recipes dating back to the 1600s. And Borealia showcases the rich bounty of Ontario farms and game as well as sustainably-sourced seafood and fish.

For example, we have pigeon pie with squab meat which was actually a delicious comfort food dish, a delightful twist on classic chicken pot pie. 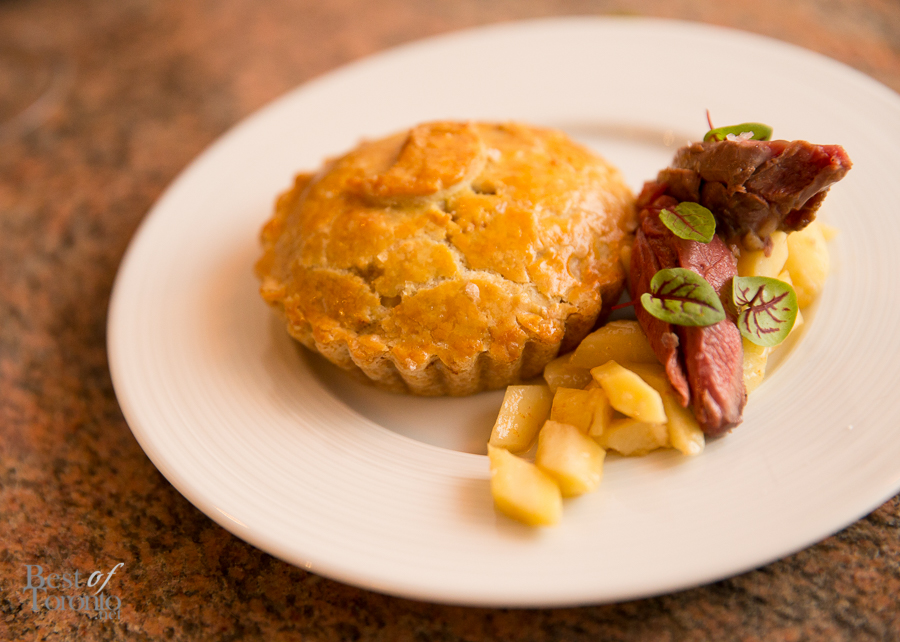 Other clear standout dishes were the Chef’s Braised Whelk – a stunning presentation of skewered slices of tender shellfish, buttered in kombu seaweed beurre blanc in a beautiful ivory shell (shown above).

There’s the wow factor in the presentation of mussels steamed in pine needle-infused butter. When the dish is served tableside, the cover is lifted and the aromas from the warm steam are pleasant and appetizing; and so are the marinated mussels themselves, of course. 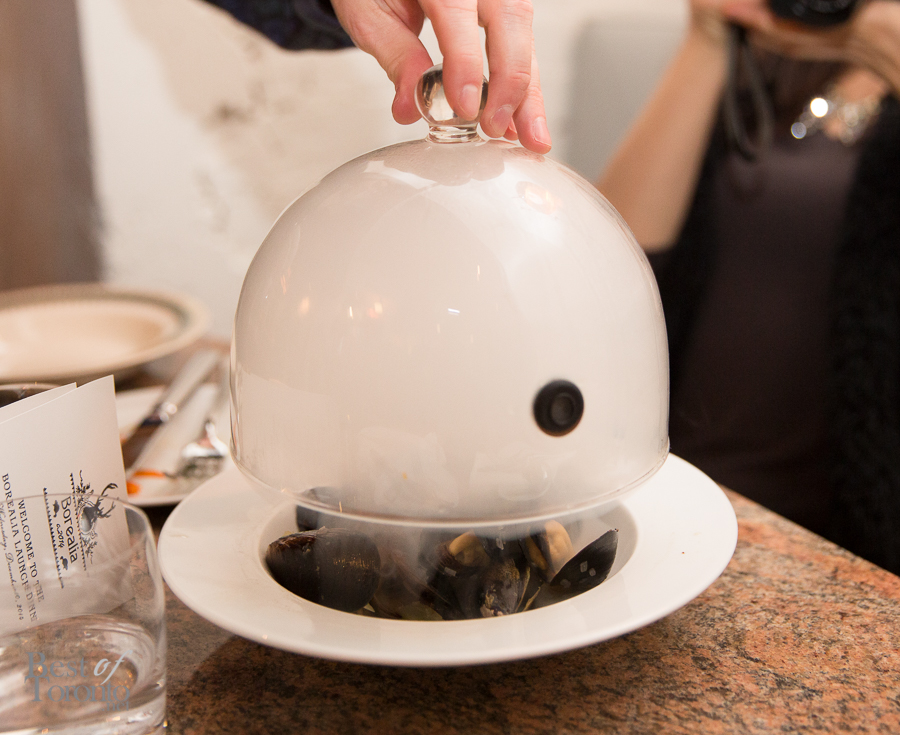 For dessert, there was another stunner in the form of “Louisbourg Hot Chocolate Beignets”, with heated chocolate spiced with cinnamon. Presented in an antique teacup. 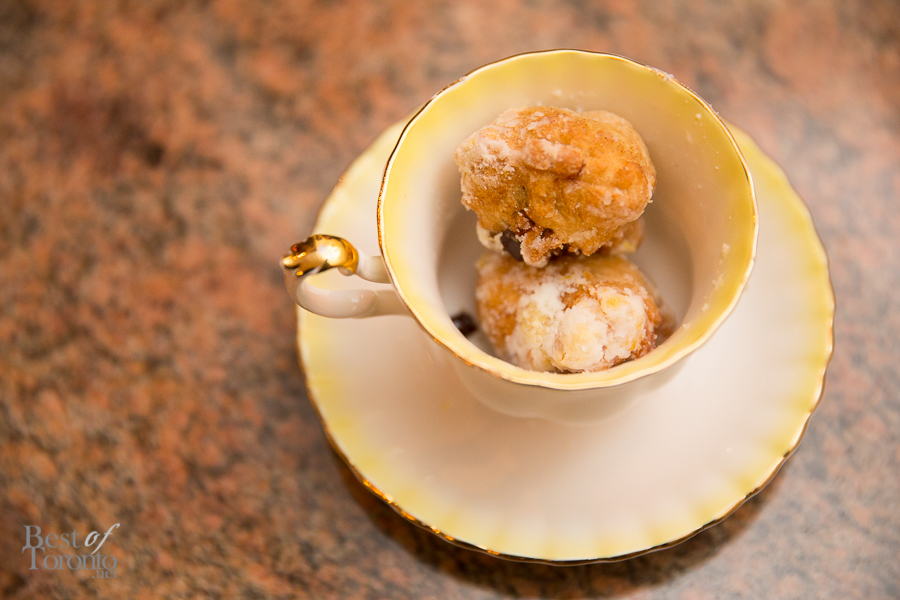 “There is such a thing as Canadian cuisine,” said Chef Wayne Morris. “It is the amalgamation of many cultural backgrounds and a wealth of recipes and traditions, dating as far back as the 1600s. Early immigrants had to adapt their heritage recipes to incorporate the indigenous ingredients of this new land. They were the spark that led us to imagine what they might taste like today.”

Check it out and let us know what you think! I’m looking forward to my next visit as well!

Borealia Restaurant is located at 59 Ossington Ave and is now open for dinner service from 5:30 pm, Wednesday through Sunday. 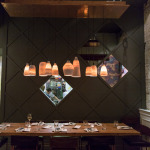 The dining table at the back 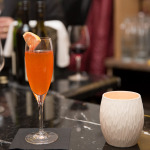 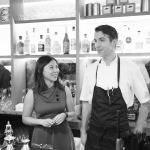 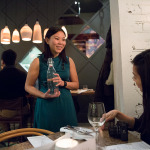 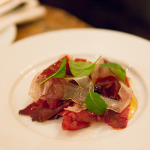 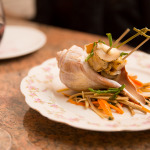 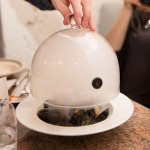 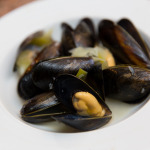 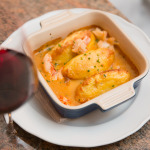 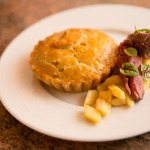 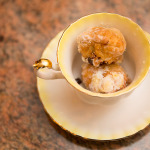 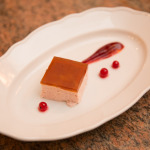 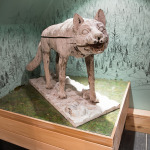