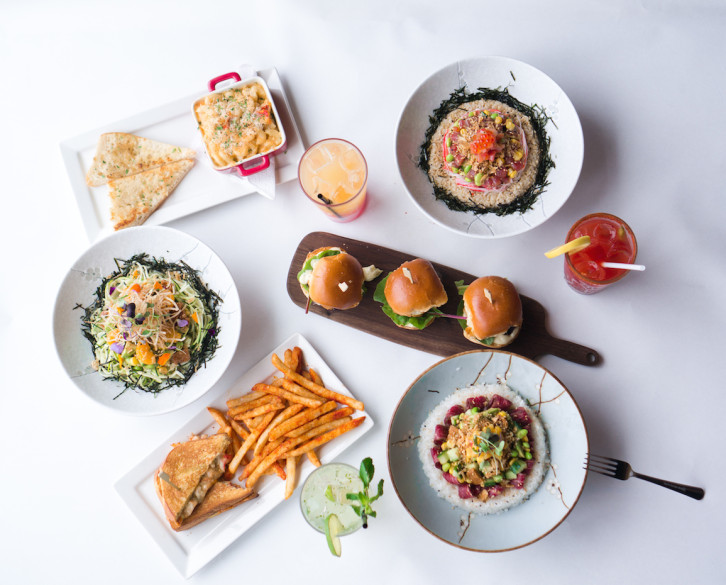 Shortly after Good Catch Boil’s grand opening earlier this year in April, the Louisiana-inspired seafood restaurant is now open for lunch. Not only can diners order what’s offered for dinner during their new hours from 11:30am-3:00pm, but also a brand new array of dishes from their “Catch a Good Lunch!” menu. The exclusive lunch options carry both comfort-food dishes, such as the fish sliders, as well as more heartier fare, like the customizable poke bowls. 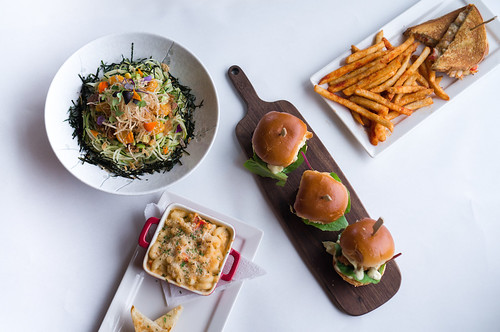 
By now, Louisiana-boil-seafood restaurants are recognizable in the food scene, but Good Catch Boil is paving their way in a different direction with mess-free seafood and refreshing elements in their newly added menu.

They carry a selection of 18 craft beers, which are from local breweries. A flight ($11) of four beers can be selected from their current lineup on tap as depicted: 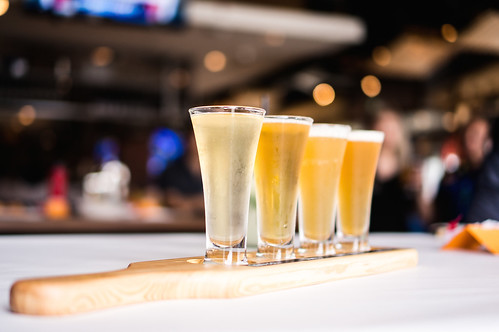 
The Lobster Grilled Cheese & Fries ($19.99) have a double hit of cheddar and monterey jack, which provides a richness. The dill mayo elevates fresh pieces of lobster taste, which crumble in your mouth with every bite. I also really enjoyed the fish sliders which had the same level of creaminess. 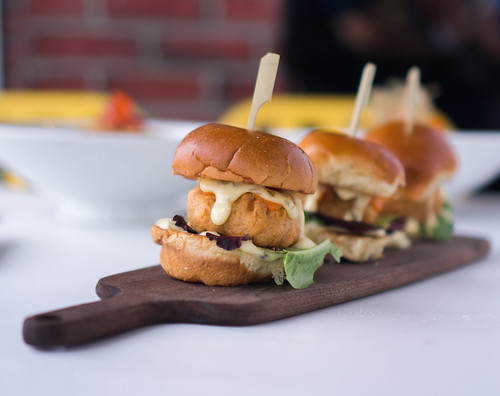 I am a huge fan of their Good Catch Slaw, which is available in their dinner menu, so I was not expecting anything less with their customizable poke. From the complexity of ingredients chosen for each particular bowl (salmon, tuna, beef or veggie), to the elaborate artistic flare given to each, you are in for a cool and crisp delight. The zoodles are finely spiralized zucchini and are such a refreshing option. Every ingredient is chopped to manageable bite-sized pieces, and my favourite components are the tofu skin (which I actually am usually not a fan of), as well as the salmon roe. Their salmon and tuna are sourced from The Atlantic’s Port Perry. Just like their seafood boil, they have 4 dressings to select from: spicy mayo, mandarin orange kiwi, grapefruit, and buttermilk dill. 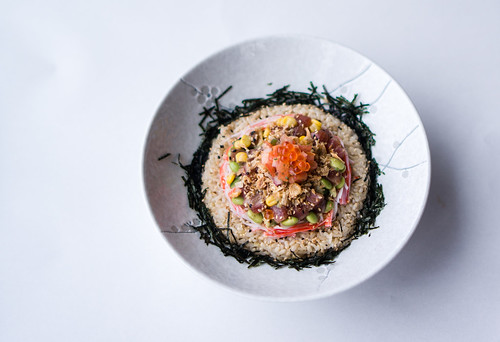 
Not everyone wants to get messy when eating seafood, which makes the resto-bar an equally viable destination for a lunch break in Downtown Markham, with plenty of space to breathe and take in their ocean decor. Catch a game with their craft beers while watching one of fourteen 60 or 14 inch HD television screens all over the restaurant, or dine in with your friends for a great time! 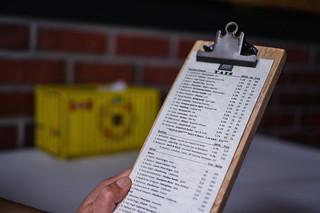 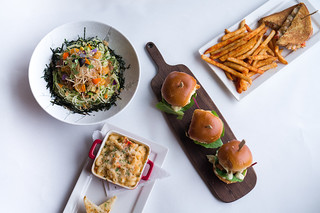 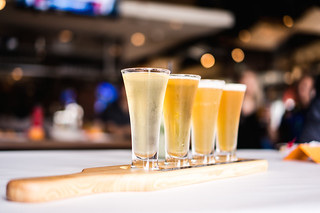 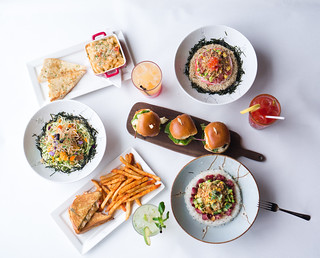 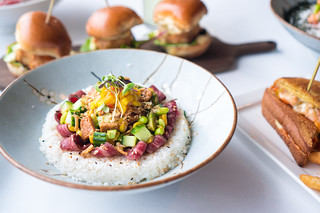 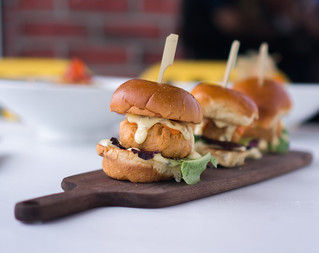 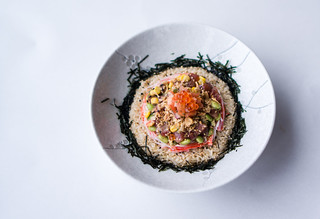