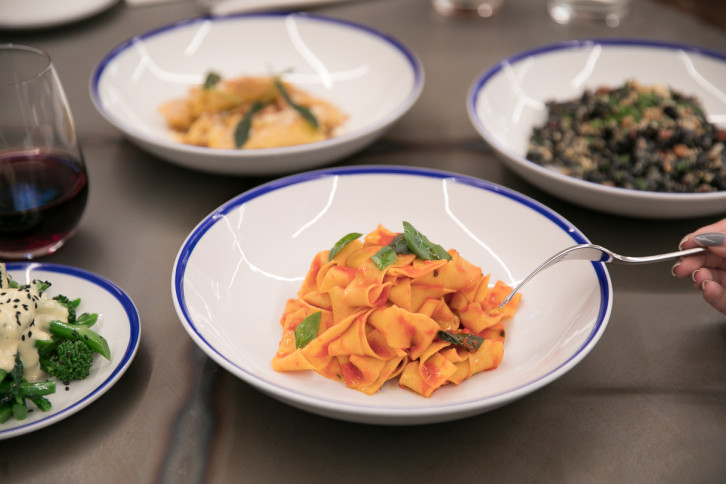 At the first full-service restaurant in Union Station: Amano Pasta

With the new revitalized Union Station, Amano Pasta is a great addition as the first full-service restaurant. Chef Michael Angeloni envisioned the restaurant concept since childhood while making pasta in his nonna’s basement. Similar to Angeloni, as a second generation half-Italian Canadian, the dishes are Italian while many of the ingredients are not.

The restaurant offers union commuters and guests a view into pasta-making with its open-kitchen concept. Inside, the interior is simple, modern and minimalistic with its white tiles, marble counters, 56-seat dining and café for grab-and-go options.

The menu is divided in four sections: antipasti, pasta, vegetables, dessert. The menu is playful with its names, Italian staples include “The Brick” for the lasagna and the unconventional pasta “Popes Hat” for the tortelloni. You can even tell the server, you want the “fat tubes” (Rigatoni). It sounds hilarious, but thankfully, for those who can’t pronounce pasta names, this makes the menu accessible. 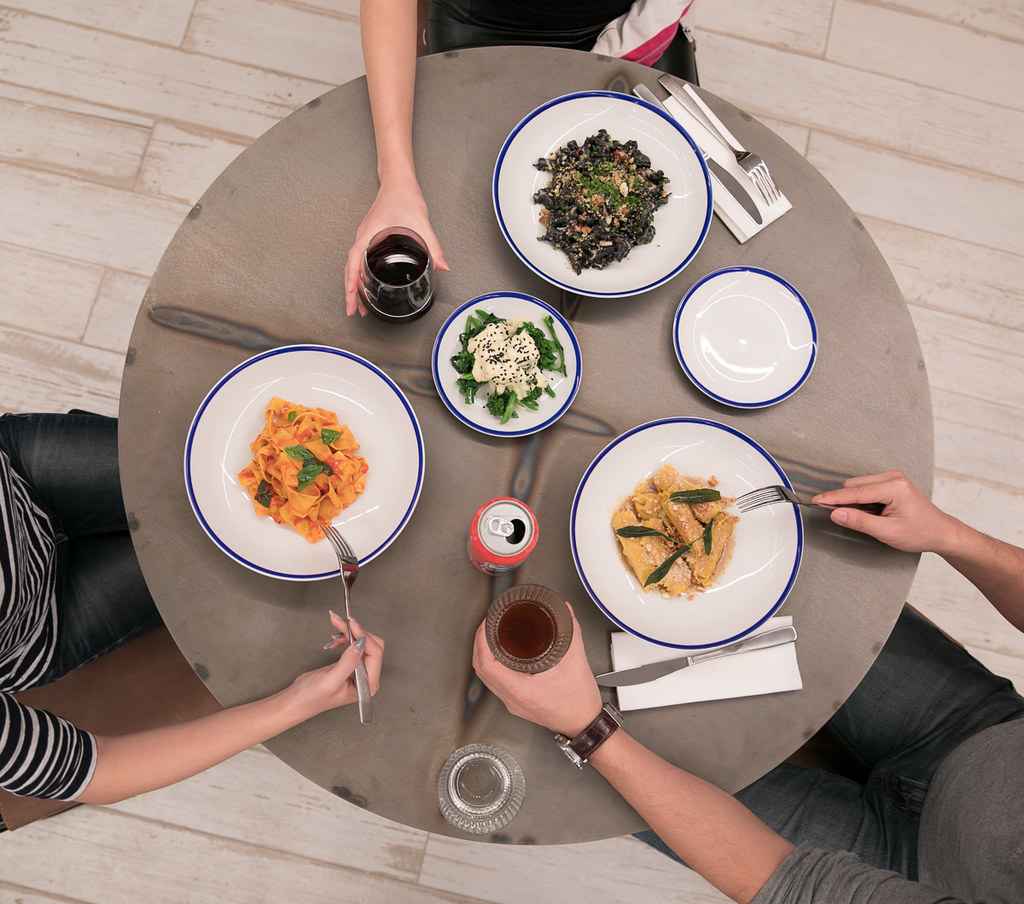 The pasta are made fresh daily. A fantastic pasta that isn’t your typical nonna’s pasta is the Black Trumpets, a squid-ink campanelle with Dungeness crab, pancetta and mustard seed.  My other favourite was the “Pillows”, agnolotti with roasted squash filling, layered with amaretti crumbs and fried sage. For the indecisive or adventurous guests, they offer a three-course meal that is decided by the chef. Angeloni will provide family style sharing dishes that are on and off the menu. 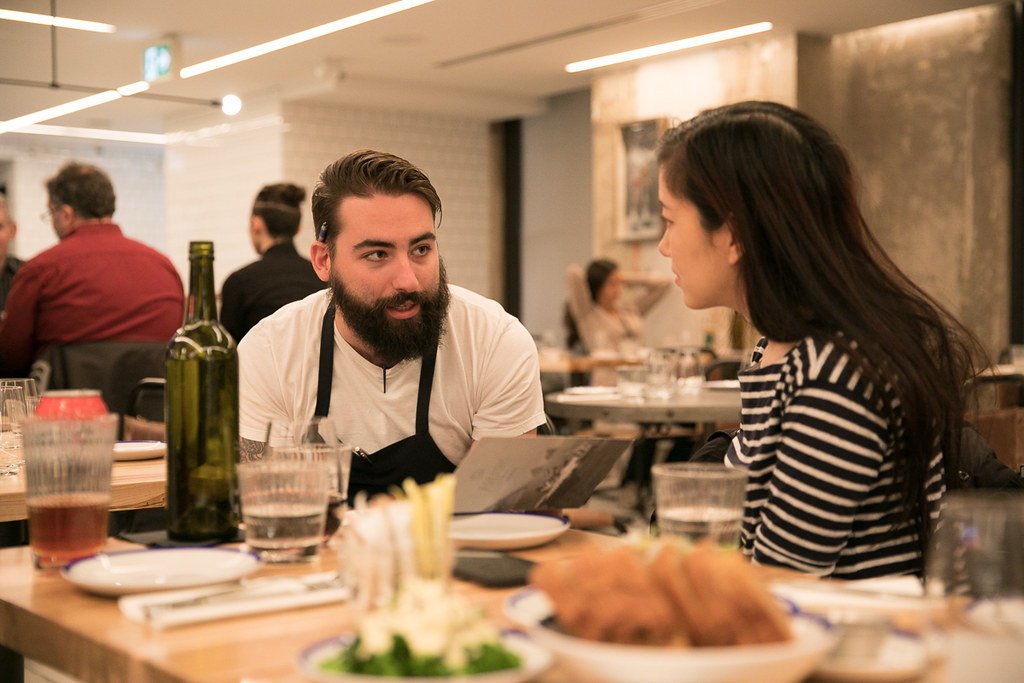 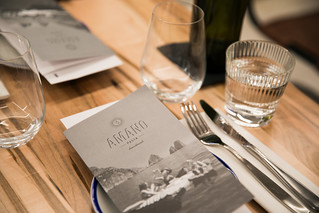 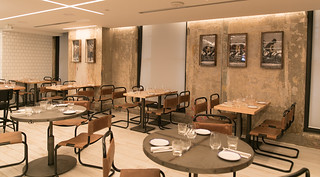 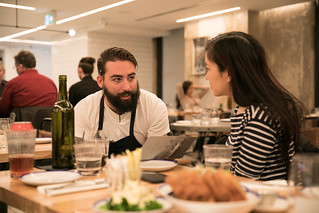 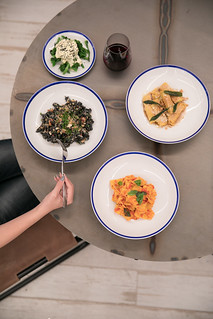 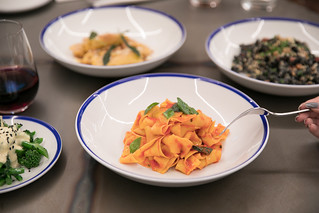 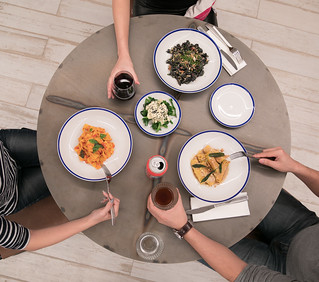 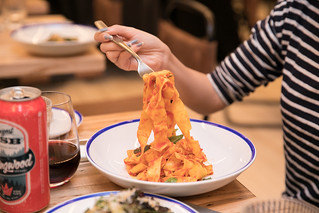 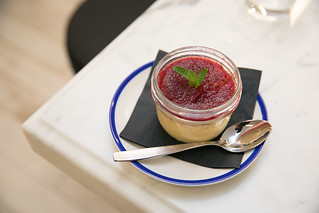 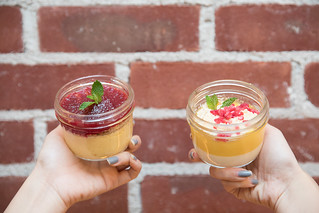 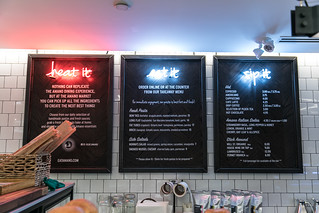