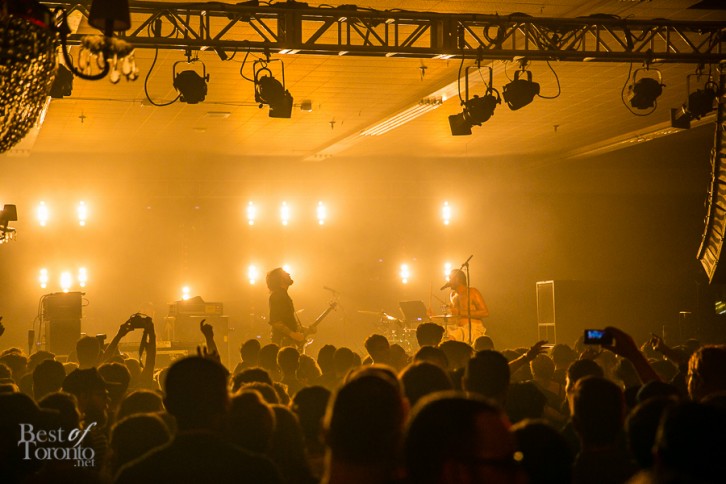 Death From Above 1979 rocks at a secret show

As part of Molson Canadian’s new Altered States concert series, it was about live performances in unexpected, secret landmark locations in three Canadian cities: Calgary, Toronto and Montreal. Wristbands could not be purchased – only won. Metric kicked off the series in Calgary at the historic Victoria Pavilion while Chromeo and A-Trak played at an old shipyard in Montreal.

Molson is going across Canada and wants you to know that Coors Light Iced Tea is the beer of the summer by introducing the product to the party people of Toronto at the Sound Academy at Polson Pier last night.  It is a unique light-tasting beer that’s refreshing and not too bad. There are also similar parties coming up in Ottawa and Niagara next week. Was it one of the biggest parties of the summer?  Without any food it’s not…