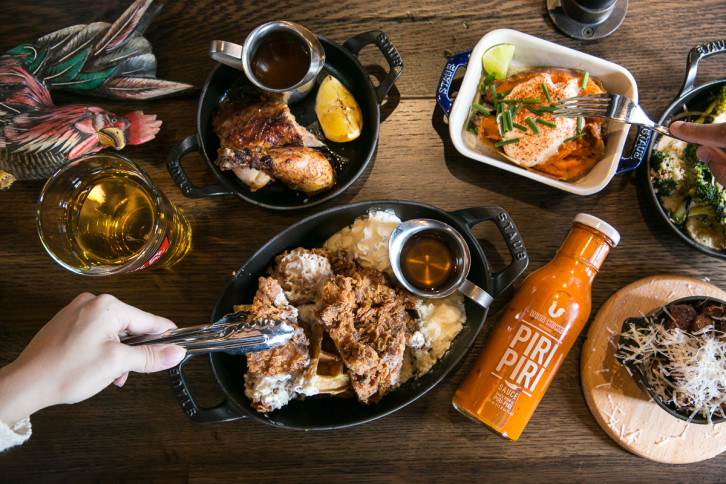 Set up your alarm-clucks for a weekend brunch at Toronto’s newest chicken-rotisserie restaurant! Union Chicken opened its doors in February as a collaboration between some of Toronto’s most well-seasoned chefs and influential restaurateurs of some exceptional restaurants within the city. Yannick Bigourdan, Adam Teolis, Michael Angeloni, and Dan Kennedy are no strangers to the food industry; they’ve all worked with local big-name chefs and restaurants that prioritize high-quality hospitality. 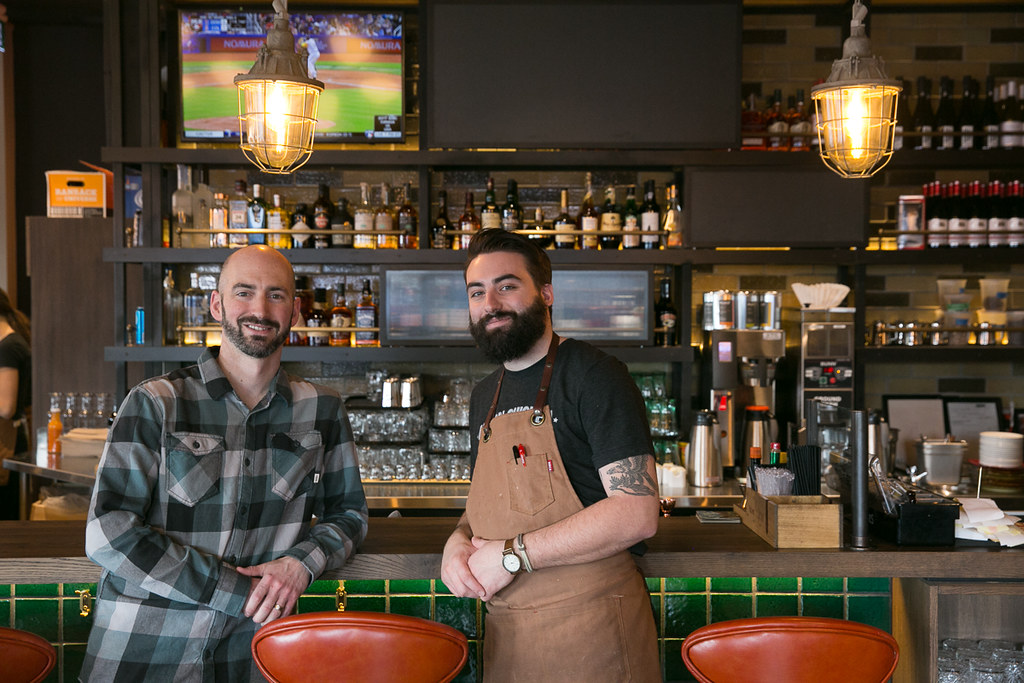 Bigourdan’s familiarity with preparing chicken traces back to his roots in Southern France. His parents ran a rotisserie chicken business for approximately 15 years, before he opened Splendido, Nota Bene, and the Carbon Bar in Toronto. Teolis, who also is Union Chicken’s mixologist, has worked alongside Bigourdan at both the Nota Bene and The Carbon Bar as the General Manager. Executive Chef Angeloni, a Top 30 Under 30 award recipient, has found a name for himself with his experiences at Grand Electric, Black Hoof, and L’Unita Enoteca. Kennedy has worked at several restaurant chains as an Operations Manager.

The welcoming atmosphere is matched with their interior of warm tones; natural maple communal tables, a combination of wooden panels & exposed brick over a licensed bar, and a mesmerizing rotation of rotisserie chicken located in the open-kitchen. The rustic, yet urban restaurant specializes in not only serving flavourful and smoky rotisserie, but also fried chicken. As Angeloni describes perfectly, there’s a “crispy taste on the outside, and tender, juicy flavour on the inside”. 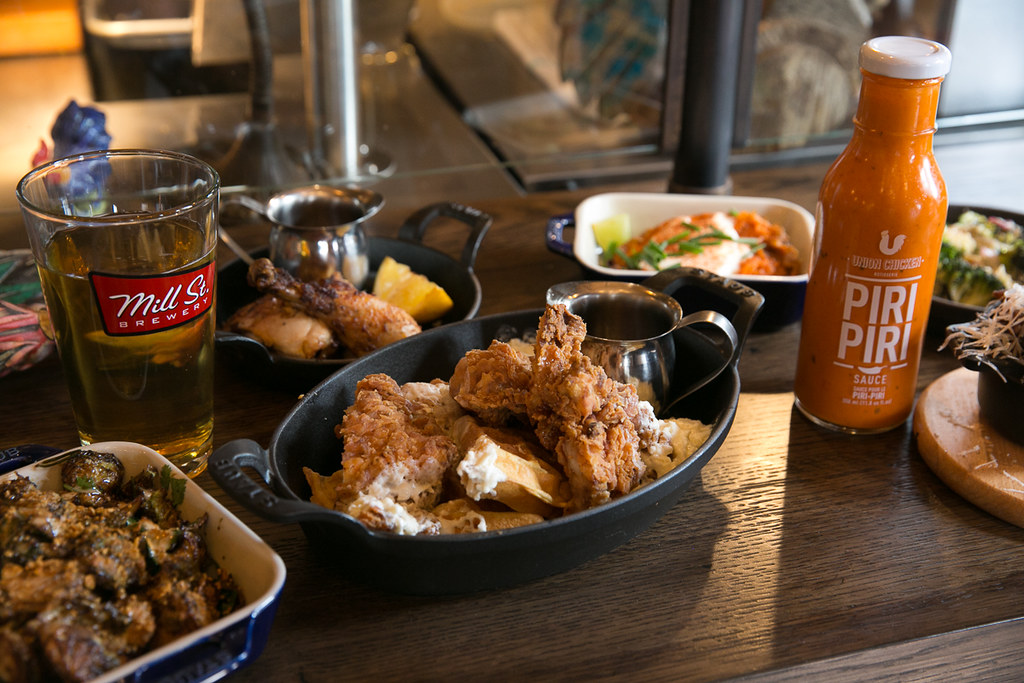 
Their chicken is sourced from Yorkshire, a small-production family farm that owns 14 locations across Ontario. Their practice involves breeding free-range chicken in low-flock densities, and feeding them non-GMO grains in a natural environment (without hormones, pesticides, herbicides, antibiotics etc.). Not only is the process for raising high quality, organic chicken meat extensive, but also the development of the recipe amongst the chefs. However their hard work prevails, as the freshness of the ingredients and the bold flavours do all the talking and can allow any diner to savour any dish here with ease.

Nothing beats waking up to Fried Chicken and Waffles ($16) for Union Chicken’s Brunch menu (Weekends 10am-2pm). The coating of the chicken is a thin and crisp layer with just the right amount of breading. The meat is a thick cut, with an indescribable tenderness and juiciness that is rare to find within restaurants among the area. The whipped sour cream and maple-honey syrup add the perfect complexity of flavours to this comfort food. The Buttermilk Fried Chicken ($16) gives an elevated alternative to the latter with a spicier finish of hot sauce and buttery gravy. 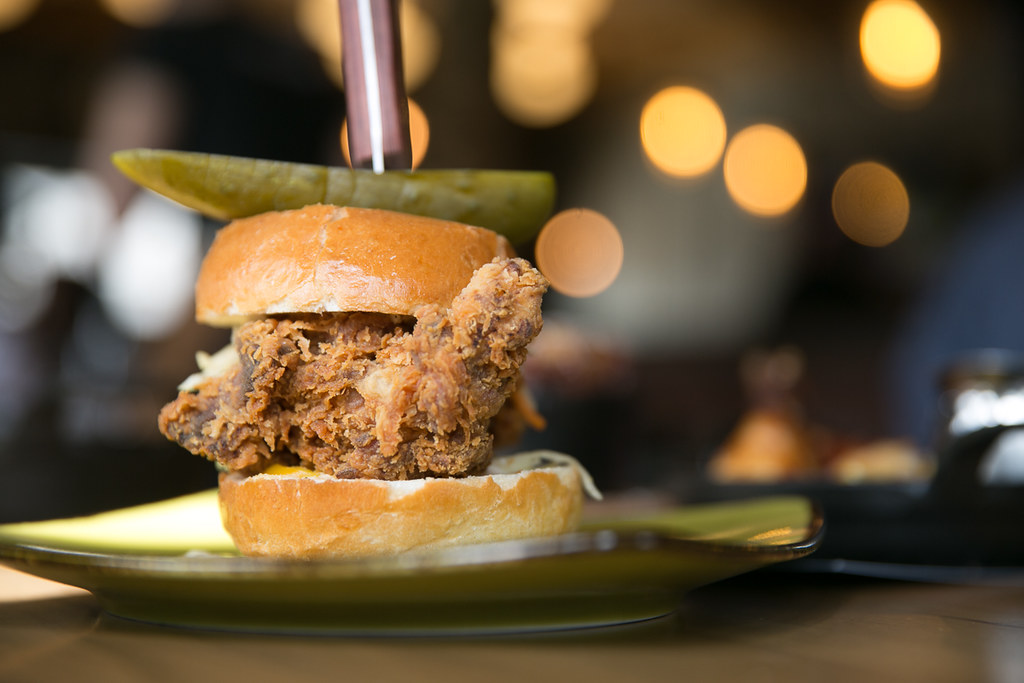 
Even the vegetable side dishes are agreeably a huge hit. A popular order, and for good reason, is the Crispy Brussel Sprouts ($9). The bite-sized buds and crunchy texture of the seeds are packed with an enticing spiced flavour. The Charred Broccoli Salad ($9) has a marvelous smoky flavour in compliments to its seasoning of crispy minced garlic, thin red onion slices, and sharp pecorino.

The Rotisserie Chicken ($8-$28) goes extremely well with grilled lemon and tangy Piri Piri Sauce ($8/bottle). Like its fried counterparts, the chicken meat melts in your mouth. The taste is simply organic and it’s evident that their poultry is always served fresh. Like the rest of the dishes which are presented in ceramic casserole trays and cast iron skillets, the chicken brings the cosiness of a home-cooked meal to one’s palate.

All of their carefully curated menu items are presented confidently in quality dishes whilst ensuring the utmost quality in experience for guests. With a burgeoning demand of great restaurants in the suburbs, these culinary minds have fulfilled their vision of collectivizing a portion of their Downtown Toronto experiences into Etobicoke. They take the comforting concept of a classic chicken recipe and combine it with upbeat city vibes and colourful flavours.

Union Chicken will be opening a second location at Union Station this December. 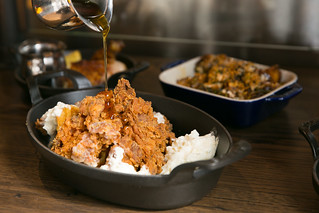 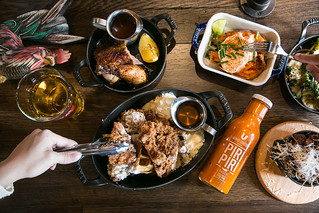 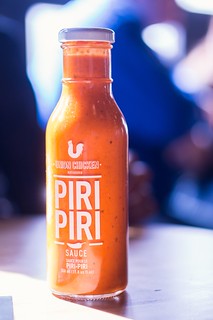 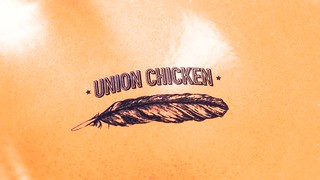 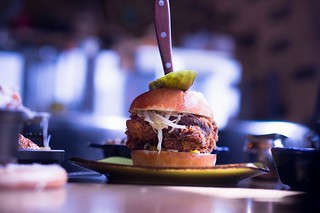 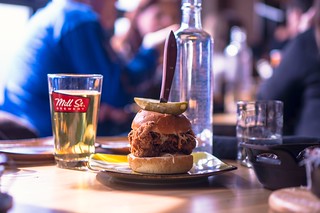 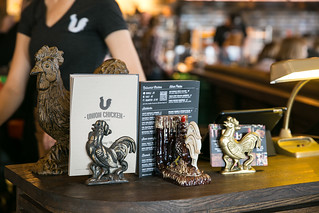 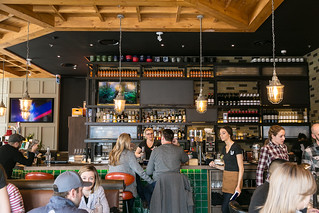 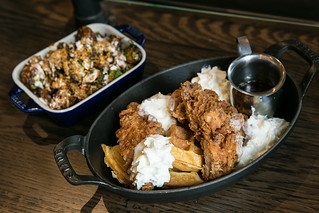 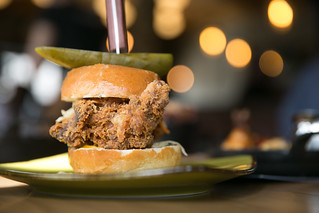 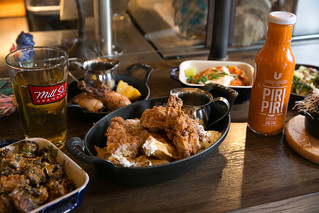 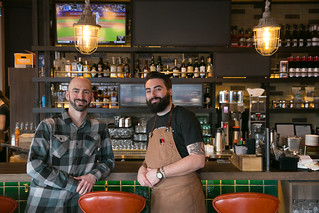