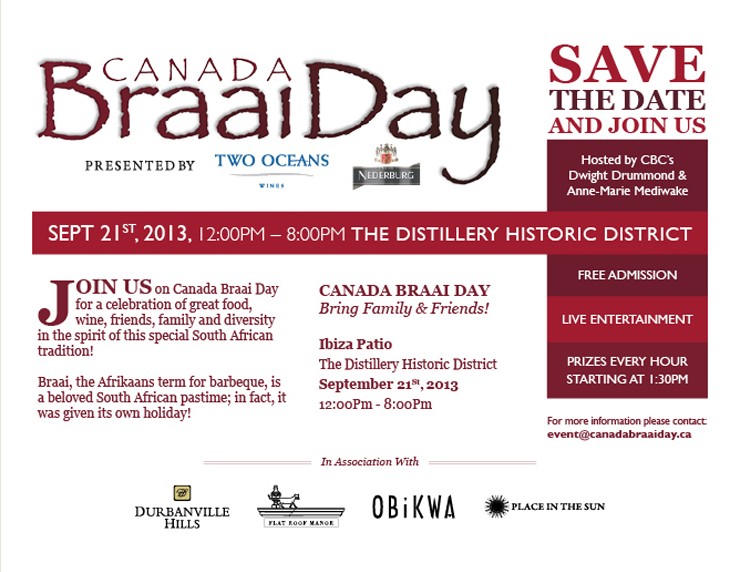 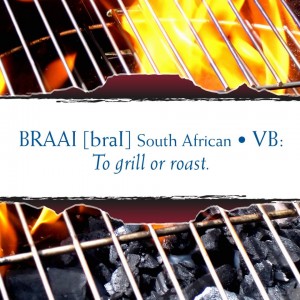 On September 21st, Two Oceans and Nederburg wine will play host to all the festivities of Canada Braai Day at The Distillery District. The festivities will be hosted by CBC’s Dwight Drummond and Anne-Marie Mediwake.

A braai, is the Afrikaans term for barbeque, and it’s a South African custom that brings together friends and family of all demographics and religions.

There will be live entertainment, prizes and traditional braai fare by The Distillery’s Chef de Cuisine, Catering, Charles Kerr. There will also be food pairings of the menu items with South African wines: Durbanville Hills, Flat Roof Manor, Nederburg, Obikwa, Place in the Sun and Two Oceans.

Festivities will take place at the Ibiza Patio in the Distillery District on September 21st, 2013 from noon to 8pm. It’s a celebration of great food, wine, friends and family in the spirit of South African.

Braai Day is coming to #Canada and this is only 1 of the many mouthwatering #grilled treats you can expect to find! pic.twitter.com/WTN9FYBTgC

Gala Photos from Scotiabank Buskerball 2013
The Sam Roberts Band to headline the COC's Operanation 10: "A Night of Temptation"