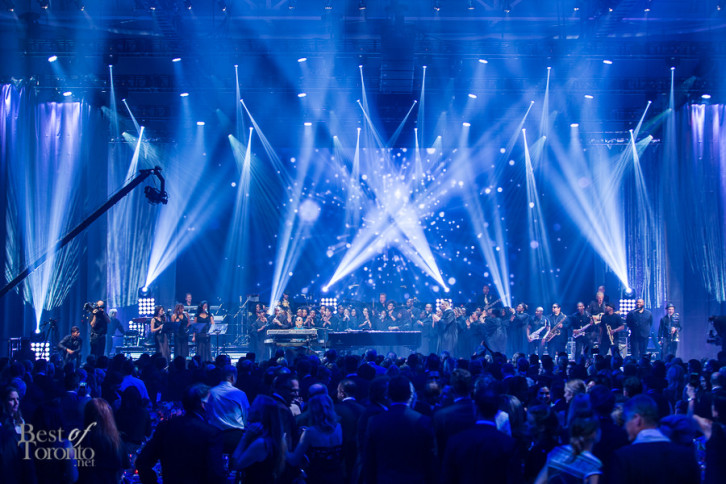 Another year has zoomed right by and we’ll take this moment to look back at the very best annual events of last year once again. Be sure not to miss out on them this year!

Having a one-time special event is definitely a noteworthy accomplishment. But even harder is to do repeat it year after year, upping the level of expectation, surprising the boredom out of many of the same guests from the same event last year. If not done well, an event can be like re-watching a movie. But hey, sometimes a good movie is worth watching again, too.

When these annual events come up this year, be ready! Tickets for the best special events usually start at $100 or you can propose to have your company sponsor. When it’s for charity, everybody wins. 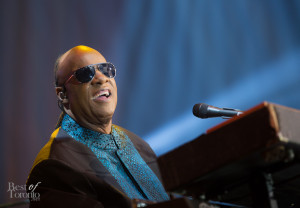 A long name for an event but if you haven’t heard of it, it’s a star-studded affair unlike any other. David Foster’s gala returned to Toronto last year bringing an incredible cast headlined by the one and only Stevie Wonder. There was also Sean Jones, Kiesza, Peter Cetera, Michael Bolton, and special performances by Gordon Lightfoot, Sinbad and even former PM Brian Mulroney. It was truly incredible treat to be there. Next year they’re in Winnipeg! 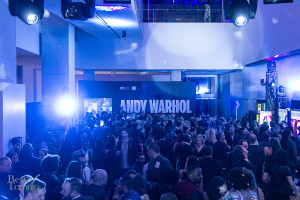 A party for film lovers across 3 floors of the TIFF Bell Lightbox last year celebrating Andy Warhol again including surprises galore and we always love the event-within-an-event fereature. Absolute fun for everyone. 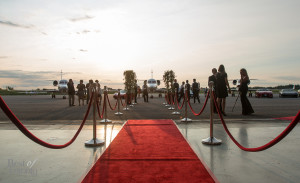 We’ve had this on our radar from the beginning but finally had the opportunity to cover it last year. While you may not have heard of this event yet, it’s a luxury lifestyle lover’s dream come true. Spanning 3 days of events in Hamilton and Burlington, the highlight was partying at the Supercars & Jets Gala in an airport hangar. What a magical night with sipping on champagne admiring private jets, supercars, sunsets to the tunes of Canadian crooner Matt Dusk. 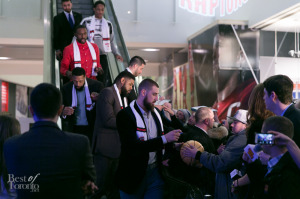 It’s a Toronto sports fan’s dream come true. When else do you get to party with the Raptors, Leafs and Toronto FC under one roof? Well in 2015, it was twice as there were two Players Galas due to busy team schedules: one in March 2015 and the other in Dec 2015. Keep watching MLSE Foundation for news on the next one! In the meantime there’s the Raps City Social coming up this month! 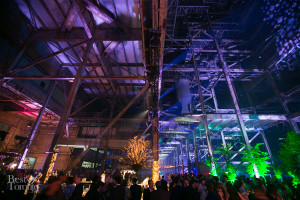 With the Luminato Festival’s 2nd gala at the abandoned power generation station, The Hearn is suddenly becoming a favourite venue with it’s open industrial. Kudos to them for opening it all weekend for public Luminato Festival events.

Fun is always plentiful at Booby Ball and it’s probably the event with the biggest swag bag outside of the TIFF gifting lounges. 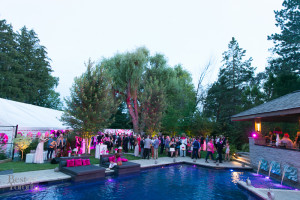 This year instead of a traditional venue, they took it back to the roots of a backyard party but on a large scale: it was a secret pool party at a private mansion this year for ticketholders. What a treat it was! 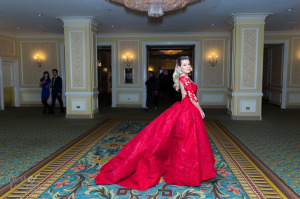 Still relatively young, CAFA is quickly becoming a hub celebrating top achievers in the Canadian fashion industry. And no awards dinner gala should be left without an after party to shake things up so this was no exception. Get your tickets now for CAFA 2016. 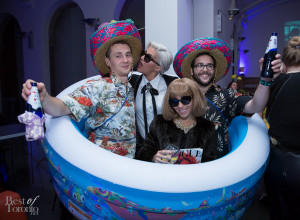 The best party happens where you’re not allowed to party. So where else but a Toronto Public Library? The Bloor-Gladstone is a fine place to hold it. 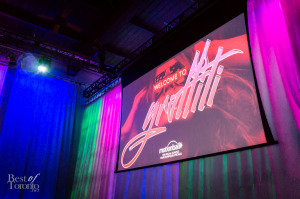 Motionball continues to be a well-attended top fundraiser for Special Olympics Canada. Don’t miss out this year! 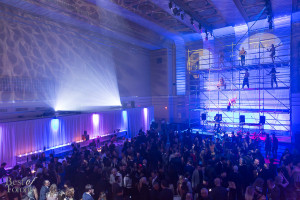 One of our favourite places to hold events, this year the costumes and the entire experience was great with dancers on giant scaffolding on the floor of the old Toronto Stock Exchange and lush gardens upstairs. The Kismet-themed costumes that guests adorned were quite a spectacle as well. 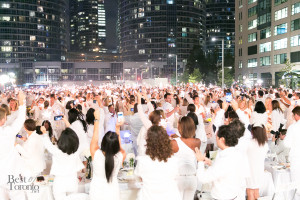 Always a fun one as you participate in a flash-mob dining experience wearing all white. Finding a great venue to hold hundreds of people in a secret location is not easy, but they did it once again at Harbour Square. Lots of photos are taken, of course. 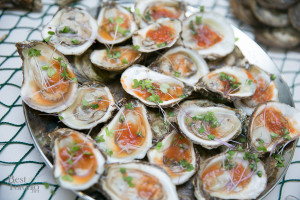 If a party atmosphere isn’t your thing, the Toronto Taste event can appeal to any food lover with top notch food vendors and few line-ups situated at the beautiful Corus Quay in support of Second Harvest. 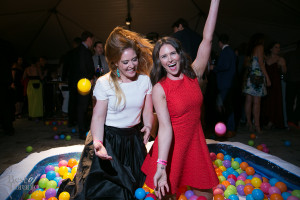 Anyway you slice it, it’s always one of Toronto’s highly-anticipated art events held at Power Plant gallery overlooking the Harbourfront. 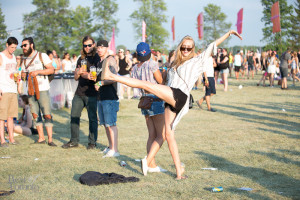 This inaugural music festival was definitely a top notch music festival to call our own combining camping with music. Be sure to visit Oro-Medonte in summer 2016! WayHome 2016 is ready for you July 23-25th. 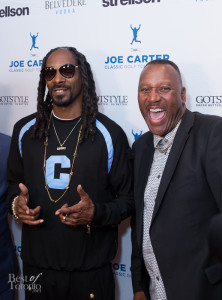 Always a star-studded affair and last year was no exception with Snoop Dogg headlining. 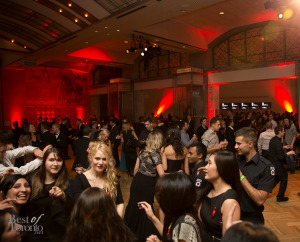 One of the few times in the year you get the opportunity to dine at a luxury retail shop on Bloor Street. Then the after party celebrations continue at the Royal Ontario Museum for a great night out in support of CANFAR. 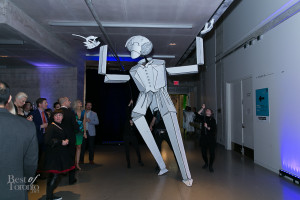 Another highly anticipated art party raising funds for the Art Gallery of Ontario. Good luck trying to explore all of the AGO in one night.

Queen’s Plate: Rethink at the Races 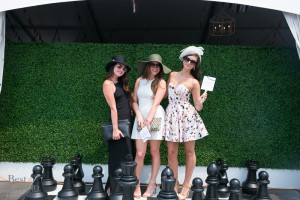 Your chance to dress up in equestrian style and make the most of summer at Woodbine Race Track. Buy tickets to join the Rethink at the Races VIP tent for an incredible pampered experience all while supporting breast cancer awareness initiatives. 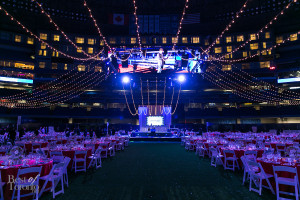 Even if you’re not a baseball fan, it’s pretty amazing to dine and party on the astroturf of an official baseball diamond. Ticket prices are steep but could make a very memorable gift for that special baseball fan in your life.

So there’s 20 top annual events in Toronto. There’s a lot of other amazing events we couldn’t fit in a top 20 list. And just like before, keep in mind we left out invite-only events. Let us know what you think!

Also check out our list of Top Annual Events of 2014